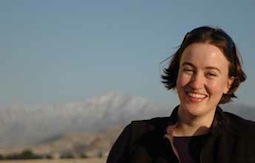 We have seen countless images from Afghanistan in recent years, but we rarely hear from or about the female half of the Afghan population. To help break the silence, we present images of Afghan women and girls taken by photographer and USAID worker Amy Koler ’02. Accompanying the photos are essays by MHC’s two Afghan alumnae, Sadiqa Basiri Saleem and Malalay Waziri, both 2009 FP graduates.

The Status of Afghan Women

Thanks in part to support from the international community, we have witnessed tangible progress in the lives of Afghan women, who are vital members of Afghan civil society. There have been significant policy developments that favor women.

• Women’s equal rights are protected in the Afghan constitution.
• Afghanistan’s millennium development goals include specific targets for advancement of Afghan women.
• The Afghan government has ratified the Convention on Elimination of Domestic Violence Against Women.
• Afghanistan national development strategy aims for gender equity in all government offices.
• The national action plan for women of Afghanistan has been approved by the Afghan cabinet.
• The Elimination of Violence against Women Law has been passed. The overall effect of these strategies is already evident.
• Women have vied for presidential election.
• Sixty-eight of 249 seats in the national assembly are now reserved for women.
• Women have actively participated in conferences that are determining the destiny of Afghans.
• Women ensured revocation of the Shia Family Law that prevented women from working and traveling alone. Women’s progress in the public sphere is stunning.
• Women working in education, health, capacity-building, security, agriculture, etc. lead more than one-third of local nongovernmental organizations (NGOs).
• Women who were confined under the Taliban now run businesses, and their goods reach international markets.
• Under the Taliban, sports were forbidden for girls and boys. Today we have over 100 female athletes playing internationally.
• One-third of Afghan schoolchildren are female.

That being said, women are still being harassed. Bibi Aisha’s butchered face on the cover of Time magazine will not be forgotten for decades. [Aisha was mutilated by her husband and his family after fleeing their abuse.] Civil-society workers, particularly women teachers and police officers, have been assassinated. Women have been stoned to death, and acid is being thrown in teachers’ and students’ faces. Women in rural areas may not have received a dollar’s worth of the $40 billion in aid received by Afghanistan in the last nine years.

The security situation is also worse than at any point since the Taliban’s fall. The Taliban have a presence in thirty-three of thirty-four Afghan provinces and are increasing their focus on military-led approaches. Attacks on schools have doubled since last year. Over 650 schools have been closed down; 250,000 students and 13,000 teachers cannot go to school in southern parts of the country alone. We also need significant attention in the health sector, as at least one woman dies in childbirth every twenty-nine minutes. 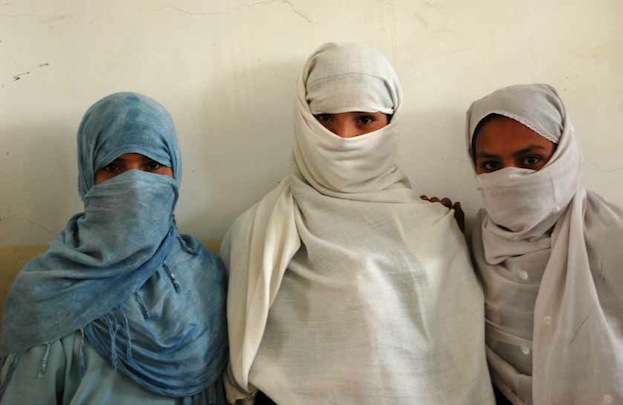 These girls sought me out to have me take their picture. They posed themselves and loved seeing the digital image.

Evidence shows that the Taliban do not have the will to make peace. In the past two peace assemblies, Taliban leaders were invited to attend but did not respond. However, they made absurd demands such as changing the Afghan constitution, removing articles that protect rights of Afghan women, removing their names from the U.N. blacklist, and releasing Taliban prisoners.

Early last year President Karzai provided fifteen former combatants with immunity. Women civil-society activists fear release of those who have committed crimes such as assassination of civilians, including women working for NGOs, and splashing acid in the faces of schoolteachers and students. The release of war criminals led to the assassination of thousands of innocent civilians, including women and children. In a suicide attack in January, I lost a dear friend and her husband and four children. Hamida Barmaki was not an ordinary woman but a talented professor who was hired for the law faculty of Kabul University when she was only twenty. If the international community continues to be silent about violence such as this, women will again be confined at home, either by the Taliban or because of the security situation. This is why the women of Afghanistan question the wisdom of withdrawing troops before restoring peace to Afghanistan.

The Afghan people are tired of war. Afghanistan’s current generation has been born in war, grown in war, and lived in war, but we do not want our children to go through this agony. We have learned that war is not the solution. This is why we want peace that benefits our nation and brings about long-term stability.

For the past nine years, both Afghans and the international community, especially Americans, have paid a heavy price. Terrorism has not only destabilized Afghanistan and Asia, but it also has affected the entire world.

We Afghan women are desperate for peace. We do not want an endless military presence. We want time to strengthen our own national security force, equipped with sufficient numbers of female officers. We want time to strengthen our judicial system so that formal justice replaces the traditional and informal system. We want to make peace with the Taliban—when they appreciate civil society and understand the role of women in promoting it. We want to make sure the Afghan government does not compromise the constitution’s clause of gender equality for a peace deal. We want to make sure that—before any deal—both parties understand and have set clear benchmarks to achieve our national strategic plans and a proactive civil society.

To accomplish all this, we need healthy leadership from the Afghan government, backed by a proactive international partnership. —By Sadiqa Basiri Saleem FP’09

On Being an Afghan Woman 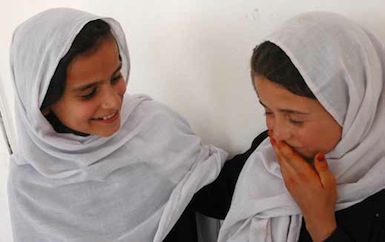 After a meeting with schoolteachers, I stepped out into the hall and was instantly surrounded by a gaggle of kids (Westerners generally attract quite a bit of attention). These two girls were so involved in their conversation with one another, they didn’t notice me approach and take the photo.

MY COUNTRY has been at war since I was a toddler. Peace is a word that my ear has never heard and my heart has never felt. I spent my childhood in Kabul and got most of my education in Pakistan. I left my country in 2005 in search of a better education and hoping to make a difference when I return to my homeland. In the United States, I discovered my passion to build friendships between different cultures and to raise awareness of diversity in my community.

Today’s conditions for Afghan women cannot be detached from the miseries of the civil, regional, and international conflicts that Afghanistan has been plagued with for the past thirty years or more. Three decades of war have had a profound negative impact on women. Throughout the Soviet invasion, the Muhjahideen rule, the Taliban reign, the US-led invasion, and the current Taliban insurgency, repression of women has been a favorite activity of those who like to dominate others.

The research I have conducted on the oppression of Afghan women gave me a sense of what is really going on. One woman’s story still upsets me. She said her husband was taking drugs, and whenever he ran out of money, he physically abused her. Once she attempted suicide, but was saved by neighbors. She eventually escaped her husband’s torture and came to Kabul seeking shelter. When I asked whether she reported what she suffered to the police, she said no, because Afghan society identifies women as the guardians of a family’s honor. In the interest of preserving honor, Afghan women come under a lot of pressure to remain silent no matter what happens. When I asked what will happen to her future, she replied with tearful eyes, “I have no future.” There are thousands of such stories.

The entire world was silent when women were banned from schools and forced to stay at home during the Taliban reign. Their mistreatment of women was internationally ignored until the events of 9/11 cast a new strategic light on Afghanistan. This gave the international community an opportunity to cite women’s rights as one justification to intervene. Some might still think that women in Afghanistan are better off today than during the Taliban or other regimes, but that’s true only for women in the cities. The liberation movements have focused on cities, but the majority of Afghans live in rural areas. Not much has changed for women in these regions. Only 15 percent of Afghan women live in the cities. Thus, despite significant improvement, women still remain oppressed and discriminated against in many areas of the country.

There are many reasons Afghan women have been the victims of violence throughout history. The biggest is the traditional practices and conservative interpretations of social norms that restrict women’s participation in public life. Religion is often influenced by traditions that further restrict women’s mobility. That is why misunderstanding arises, even among Afghans, about whether what they practice is part of their culture or if these traditions have any religious or legal basis.

Some reinforce these traditional practices in the name of religion. The misinterpretation of Islamic principles by these conservative groups shapes Afghans’ perceptions of what is acceptable for women. For example, they say that women working outside the home is taboo in Islam. But how can it be a taboo when the wife of the prophet Muhammad (peace be upon him), Khadija, was a great businesswoman? It is worth mentioning that most Afghan people have only a very basic knowledge of Islam, gained not from schools or their own readings but rather from mullahs (religious leaders) and possibly illiterate family members. They have a general awareness of, rather than specific knowledge of, the shari’a (Islamic law).

The international community should raise awareness in society—particularly among religious leaders—about women’s rights, gender discrimination, and violence against women. The Afghan government needs to build trust among the local population and be responsive to people’s needs. Law and order has to be enforced equally on all members of the community. —By Malalay Waziri FP’09