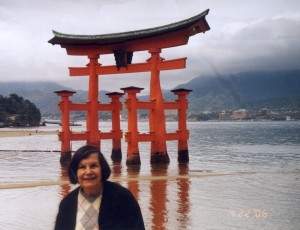 Once a week, and sometimes twice, Edna Berk Kuhn ’46 leaves her home in a leafy section of Riverdale in the Bronx, gets on a bus, and then on a subway, and then walks the final stretch to the Innocence Project at Fifth Avenue and Fifteenth Streets in lower Manhattan. It takes her an hour and a half, which is long, but not nearly as long as the project’s clients have spent in prison, unjustly incarcerated, and hopeful of exoneration through DNA testing.

Kuhn, a foster care and adoption attorney for twenty years before she began work at the project seven years ago, is assigned to read the “maybe” cases. The files of convicts, whose background material indicates they may have been wrongfully convicted and that there likely is DNA available to be tested, are sent to Kuhn.

“Most of what we get is not developed,” she says. The project was started in 1992 as a clinic for law students at Cardozo School of Law at Yeshiva University and since then 215 people have been exonerated, including sixteen who had been sentenced to death. “Even if you think you have a case, you have to convince the court that the DNA can be tested, convince the judge to reopen the case,” and meet a laundry list of other standards before a case gets the project’s full attention, Kuhn explains.

The group has opened up the country’s eyes to a systemic problem in the justice system, and works on policy reform to lessen the common problems of misidentification by eyewitnesses, false confessions, bad legal representation, and poor training in forensic labs. “I’m delighted to be part of it,” says Kuhn.

A graduate of Smith College School for Social Work after MHC, Kuhn was a psychiatric social worker and then represented children’s agencies for more than twenty years before attending Columbia Law School in 1968. “I’ve had a good life,” she says without pretense and adds that there is a lot to be said for working and remaining intellectually engaged past one’s traditional “expiration date.”—M.H.B.