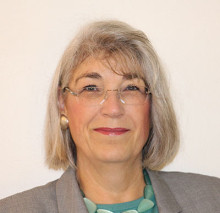 Laura Cruickshank ’75, FAIA, University of University of Connecticut (UConn)’s master planner and chief architect, directs planning, design, and construction at UConn for its main campus and six regional campuses. Since her arrival in 2013, Cruickshank has formulated the Next Generation CT $2 billion capital improvement plan, initiated a master plan and multiple projects, and reorganized her departments. She is a member of the UConn president’s cabinet and an administrative officer.

Prior to her arrival at UConn, Cruickshank was the Yale University planner and led planning for the new Yale-NUS College in Singapore. She represented Yale in the planning, design, and construction of the new liberal arts college and advised the Yale vice president and president. Cruickshank collaborated with an international team of architects, partnered with professional and administrative colleagues from the National University of Singapore, and worked with the new faculty, staff, and administration of Yale-NUS.

As the Yale University planner, Cruickshank was responsible for directing campus planning and the architectural design of capital projects on the Yale central campus. In more than twenty years of private practice prior to joining Yale, Cruickshank managed a wide variety of award-winning municipal, institutional, and residential architectural projects.