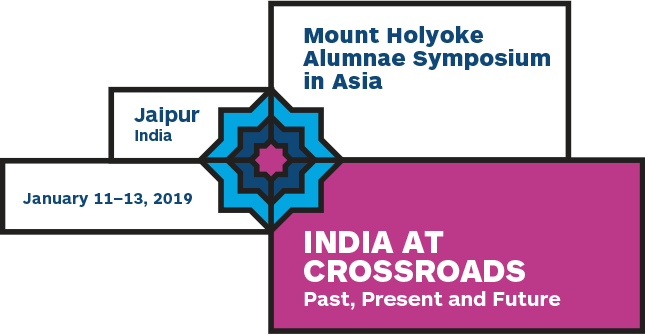 The Indian way as reflected in its politics, policies and people

India has traditionally been a vibrant, argumentative democracy. Its people care deeply about politics and parties. In the last several years, India has seen a shift in political power from the center-left to the center-right. The Congress Party, which led the freedom struggle and enshrined values of secularism within the Indian constitution has taken a drubbing. In its place is the BJP or the Bharatiya Janata Party, which leans towards a Hindu nationalist regime. Today, India stands at a tipping point, see-sawing between the populism that is sweeping through the world and its inherent inclusiveness and tolerance for diversity. Which will India choose: Populism or tolerance, inclusion or authoritarianism, regionalism or federalism? This panel offers you a birds-eye view of how India relates to the world.

How Bollywood describes and defines the modern Indian identity

Ask an Indian in Seattle, San Francisco, Stuttgart or Slovenia what India means to them and they will mention a few things: spices, colors, cricket and Bollywood. Over the years, the influence of Bollywood films has percolated through the entire Indian subcontinent and beyond. Weddings are planned around Bollywood themes. Are Bollywood films a good indicator of the Indian identity? If so, what is the Indian identity? How do Bollywood films reflect Indian culture? How does today’s India relate to feminism, LGBT issues and populist culture as depicted by its movies? Listen to this panel for a free-wheeling discussion on how Bollywood films influence and are influenced by Indian culture and identity. Leave with a list of films that you can watch on the flight back.

India is one of the few cultures where respect for the environment is not so much overt as it is subliminal and embedded in the land. To this day, Indians routinely drink from eco-friendly terra cotta cups, eat from banana leaves, carry wicker baskets for grocery shopping and use cloth diapers. Part of the reason is economics: most Indians cannot afford the disposable lifestyle. On the flip side, India is an emerging and young economy with over a billion people who want a “better” life. Their nascent desires can cause an enormous burden on the earth’s reserves. How is India handling its environment? How is it setting aside land for wildlife sanctuaries? How are entrepreneurs using technology to enhance sustainability? How are its philanthropists dealing with the water crisis that threatens to engulf the world? This thoughtful panel and discussion will offer no easy answers but it will also offer you hope and a good dose of development economics as reflected in India. Tiger or elephant: India’s path to prosperity.

The History of Indian aesthetics in 20 objects

When Charles and Ray Eames were invited to India in 1957 by then-Prime Minister Jawaharlal Nehru, they went all over India to search for objects that epitomized the Indian worldview. At the end, they picked the humble “lota” as a perfect example of form following function. Indian aesthetics is singular and unique in its approach to beauty. It is maximalist (more is more, not less is more) and rooted in spirituality. This panel with discuss the distinct features of Indian design and aesthetics. They will allow you to look at objects in bazaars, hotels and homes through new eyes. Panelists will mix traditional and contemporary Indian aesthetics in their approach.

Women and feminism in India today

In many respects, Indian women are at the top of their game in the early 21st century. Indian women have achieved high profile positions in most competitive industries, from politics to banking to law to rocket building. More women are educated than ever before; 46 percent of all enrolled undergraduate students in India are women. Girls outperform boys in school and college. Yet, as India has prospered, our women are leaving the workforce. Twenty-five million Indian women have left the labour force over the past 12 years. If the number of women who quit jobs in India between 2004 and 2012 filled a city, it would be the third-most populated in the world after Shanghai and Beijing. India ranks last amongst the BRICS countries and second to last in G-20 countries in women’s labour force participation, just ahead of Saudi Arabia. McKinsey estimates that if more women worked, India’s GDP could increase by $770 billion by 2025.

Nobel laureate Amartya Sen conducted research indicating that at least 50 million girls and women are “missing” in India due to sex selection, female foeticide or other factors. We have a huge issue with violence against women as is noted in news reports across the world.

What does the 21st century hold for Indian women? Can we overcome these profound challenges? Panelists will contextualize these issues, frame them in a larger global context and provide thoughts on solutions.

Turmeric, Ayurveda, yoga: What India can contribute to the world of wellness

Five thousand years ago, a young Indian prince called Siddhartha Gautama sat under a Bodhi tree, closed his eyes and began a practice that would eventually become a global juggernaut called mindfulness. India gave birth to yoga, meditation, Ayurveda, neti pots, turmeric and many of the wellness practices and techniques that are in vogue today. This panel explores wellness in all its multi-colored glory and gives you tips and techniques to take home. Coconut oil, diet, meditation, breathing techniques, yoga — let’s talk about all of these. Those that are moved to bring their yoga mats and sit cross-legged on the floor for this session are welcome to. Yoga attire optional.