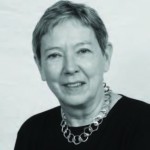 When Roberta Aber ’65 graduated from Mount Holyoke, birth control—even for married couples—was still illegal in a number of states. “I myself was denied birth control in Massachusetts in late 1967,” Roberta remembers.

This personal experience, as well as her drive to give women legal access to family planning, led her to Planned Parenthood, where she worked for almost three decades. In 2009, she retired as CEO of the Akron, Ohio, office after twenty-six years of service.

Roberta’s dedication to the organization is evident in her efforts to provide access to family planning and sexual-health services to hard-to-reach and at-risk men, women, and youth. Her outreach work recently inspired a fund created in her name, The Roberta Aber Fund for Outreach Services, which will ensure that reproductive-health services continue to be provided to underserved populations in the Akron area.

Roberta’s commitment to the organization also comes from an awareness of the dangers of not having access to family planning. “Unintended pregnancy is the greatest single reason that women drop out of school or become dependent on welfare,” she says.

The federal family-planning program that has helped countless young women fulfill career and educational goals is under threat in Congress, she says. In late winter, the Republican majority in the House voted to take away the $75 million in federal
funding that Planned Parenthood receives annually.

“Here in the second decade of the twenty-first century, while most people take reproductive-health services for granted, these services are under the greatest political threat I have seen in my adult life,” Aber says.

Historically, though, Aber says that women fought back against these kinds of limitations. “Their struggles were often secret and unsuccessful, but women everywhere participated in the struggle. Just because it was illegal didn’t alter women’s determination,” says Aber, suggesting that determination is once again necessary.—Maxine Getz ’13