Tribute to Professor Susanna I. Barrows 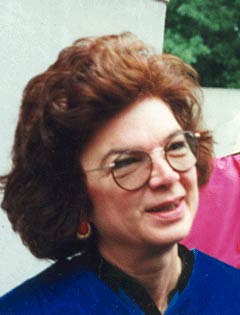 We have just learned of the 2010 passing of Susanna I. Barrows, who taught history at MHC during the 1970s and 1980s before spending most of her career at the University of California–Berkeley. This tribute to the scholar of modern French history was written by Susan W. Longley ’78.

When former Mount Holyoke history professor Susanna Barrows spoke at the MHC commencement in 1977, she asked that we students not let Mount Holyoke become a “parenthesis” in our lives. I now write to say thank you to Professor Barrows, albeit posthumously, for her editing out any such parenthesis in the lives of many of her students.

Professor Barrows taught us social history students the importance of setting aside any prejudgments and being willing to dig deep and find that which honors the uniqueness of each subculture. I remember her one day telling us that unless we could put aside our “sanitary fetishes,” we would never be able to understand and value most other cultures anywhere, anytime. She then had us dig up every possible piece of factual data, while also reading what the classic writers in that époque put into historical fiction.

Consequently, we found ourselves on anthropological digs, of sorts, into every French archive imaginable–census data, street maps, drinking establishment counts, any morgue records–trying to figure out how many people lived where, drank what, and died when. To make sure we more fully understood the turmoil of nineteenth-century France, she also introduced many of us to the historical fiction of Honoré Balzac, Gustave Flaubert, and Émile Zola.

For many of us, Mount Holyoke was the exact opposite of a parenthetical experience because of Susanna Barrows. Almost every day (since 1977), I try to think as open-mindedly and critically as she would. A handful of times over the years, I tried to find her to convey my eternal appreciation for her teaching. Only this winter, did I. Based on her obituary, her Berkeley students value her as highly as do her Mount Holyoke students. I write here today to share this news of her passing and, albeit posthumously, to say “thank you, Professor Susanna Barrows.”