Chocolate for Breakfast … Vegan for Lunch? 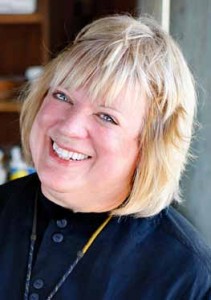 Barbara Passino ’69 always thought that American breakfasts were often the worst meal of the day. So when she and her husband bought the classy Oak Knoll Inn in Napa Valley, California, (oakknollinn.com) in 1992, she vowed to include some “humor and lightness and attention” to what had been a depressing slog through oatmeal and sundry fibers.

A garden full of edible flowers, heirloom vegetables, and herbs provides the foundation of her breakfast offerings at the inn, but it’s her creative use of chocolate, inspired by Mexican chefs who use it as both a sweet and a savory ingredient, that gets the most attention. Recipes she has created for guests over the past seventeen years are now available in her cookbook, Chocolate for Breakfast: Entertaining Menus to Start the Day With a Celebration From Napa Valley’s Oak Knoll Inn.

Chocolate has been a favorite food for Passino since childhood, when her mother, desperate to hush the wailing innkeeper-to-be, thrust a piece into her mouth. An aunt reinforced the habit by serving brownies for breakfast. At her inn and in the book, Passino offers a splash of chocolate in every menu, including chocolate tacos, a chocolate omelet with blueberries, and chocolate zucchini muffins.

Accompanied by 260 full-color photos by Marc Hoberman, a publisher of luxury coffee-table books, Passino’s recipes are the result of years of overseas travel and tweaking Italian, French, Asian, and Mexican recipes for the breakfast menu at home. 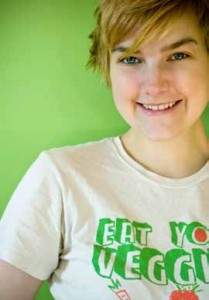 Tweaking recipes is something Lauren Ulm ’05 also knows a lot about. A Boston-based blogger, she turned vegan about five years ago and stays away from all animal products—dairy, eggs, and honey as well as meat. But that doesn’t mean she stares green beans and tofu in the face every night. There are lots of substitutions for most traditional ingredients, and the recipes she’s collected in her cookbook Vegan Yum Yum and on her blog of the same name are meant to appeal to nonvegans, too.

Honeydew coconut tapioca, caramelized leek and spaghetti-squash polenta, and eggplant Napoleons are a few of the offerings in Ulm’s book, which includes appetizers, main dishes, pasta, and desserts. The photos she takes of her creations are tantalizing—“there’s a huge market out there for food porn”—and her “knitting cupcakes,” featuring amazingly lifelike, mini sweaters and scarves made out of frosting, were adorable enough for Martha Stewart to invite her on her show.

“The politics of veganism is not my focus,” says Ulm, whose blog, veganyumyum.com, gets more than 50,000 hits a month. “There are so many people out there that shove veganism in your face. I don’t want people to feel judged or that I’m saying you’re a terrible person; just that good food can be vegan.” —M.H.B.