Mount Holyoke Alumna: Building Connections in the Service of Others 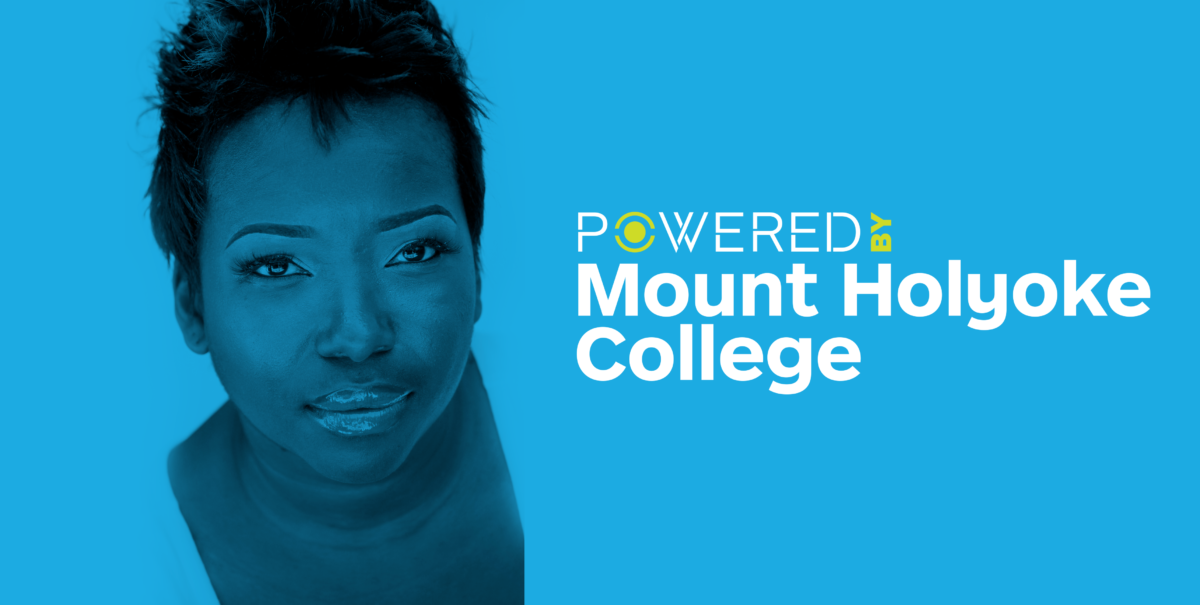 “Mount Holyoke is a place that encourages building your network with the purpose of serving others,” Birungi Mubirumusoke Ives ’96 says. “That is the exact mission of my work with Aligne.”

With a professional background in branding and marketing, in 2015 Ives founded the consulting firm Aligne, which facilitates strategic partnerships in the form of brand alignments: she assesses clients’ brands and devises lists of potential partners who have appropriate audiences and visibility to elevate the brands. A good example is model and businesswoman Christy Turlington Burns’s nonprofit Every Mother Counts and Charity Miles, an app that allows users to fundraise while they walk, run, or bike. Ives worked with these parties to increase exposure on both sides: Every Mother Counts promotes fundraising on Charity Miles; Charity Miles offers an option through their app to raise money for Every Mother Counts. Ives says, “In the simplest terms, we are connectors!”

In this spirit, through her Aligne Academy, Ives also offers online and in-person courses on “power networking skills,” providing tools for individuals and businesses to effectively and efficiently connect with each other. In June 2017, she held a workshop for the board of directors of the Play Like a Girl Foundation at their summer retreat, teaching them innovative ways to engage new partners in order to increase revenue and build awareness of the organization’s mission: to advance the health and empowerment of girls through the transformative power of sport and physical activity.

Ives emphasizes the importance of providing her services on a sliding scale to include people of all incomes and budgets.

“I want to increase access to opportunities for success for people who are normally left out of the conversation,” she says.

For her that means “women, LGBTQ, people of color, stay-at-home parents or caretakers transitioning back to the workplace, lower-income individuals, and marginalized communities.”

In 2007, after having stayed at home for with her young son for four years, losing her home during the housing crisis, and relocating multiple times, Ives says she “felt lost, defeated, incompetent, and financially strained.” Her previously established professional network was gone, so she decided to try to rebuild it by creating a blog, the Global Echo Online Forum. GEOF quickly became an online lifestyle journal catering to an audience committed to making a beneficial impact on the world. Eventually, she and her staff covered events for the United Nations Foundation, the ONE Campaign, and the Clinton Foundation and published interviews with celebrity activists including model Cindy Crawford and actress Mary Steenburgen. This work propelled her to a position as director of public relations and brand development at 90265 Magazine.

Ives is passionate about fostering relationships between people. Her abiding belief is that connection promotes happiness and success.

She left 90265 because she felt a pull to make use of the strategic partnerships she had made during the previous decade and support the success of others. When Ives launched Aligne,  her motivation was, fundamentally, to demonstrate that people are not alone. “There is no US vs. THEM,” she says. “There is only WE. Once we truly know ourselves, once we truly show up, we can build partnerships, connections, communities, and networks that can achieve everything we put our mind to.”

One response to “Mount Holyoke Alumna: Building Connections in the Service of Others”