Everything is Going to Be Ok

Whether you’re reading the paper or watching broadcast news, getting pinged with breaking updates from your smartphone or clicking on a link from an outraged Facebook friend, one thing is almost certain: you’re probably seeing plenty of bad news.

No matter where you get your information, you’re likely hearing the same things: Political progress has ground to a halt thanks to unending gridlock. Social Security is on the brink of catastrophe. Climate change threatens to destroy the planet.

It’s enough to make even those who see the world through rose-colored glasses despair.

But within the seemingly endless stream of negative updates, there are bright spots. To find those silver linings, we talked to five alumnae and faculty experts in fields ranging from economics to journalism to medicine to talk about what’s going right in the world. 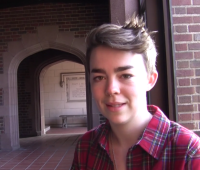 Watch a video of student changemakers and how they’re making the world a better place.
Web exclusive

Women are on the cusp of making important inroads in politics.

“We’ve known for a long time that more women should be involved in politics. Research [by the Brookings Institute] has shown that when women run for elected office, they have an equal chance of winning against men. Studies [by Stanford researchers] have shown that when it comes to governance, women tend to be more collaborative and problem-solving.

I think we now have the formula for getting more women involved in politics. That’s been the focus of organizations like Emerge America and [US Senator from New York] Kirsten Gillibrand’s nonpartisan ‘Off the Sidelines.’

A lot of it just comes down to encouraging women to run and providing them with opportunities to understand how to do it, and do it well. What does it mean to run well? It means taking campaign training, getting advice, and relying on experts who know how to run a campaign, rather than trying to do everything alone.

Women often say, ‘I’m not prepared. I don’t have the right credentials. I haven’t had the right experience,’ in a way that men don’t. I always say, ‘Turn on your local government channel. Watch for half an hour and tell me you couldn’t do a better job.’

Anyone can take an important step in this process by encouraging women to run for political office, especially women who stand out as leaders— the parent who organizes everyone in the class, the Girl Scout leader, the executive who can generate business, the lawyer who sets a courtroom on fire, the passionate activist. There is magic to telling someone, ‘Yes, you should be doing this. You can bring the right pieces—leadership, organization, passion—to the table.’

Karen Middleton ’88 is a former member of the Colorado House of Representatives and past president of Emerge America, an organization that trains Democratic women to run for elected office.

Obesity rates are plateauing among adolescents, and better habits are on the rise.

“Those of us who work in childhood obesity use the expression 5210: five or more fruits or vegetables a day, no more than two hours of screen time, one hour of exercise, and zero consumption of sweetened beverages.

A September 2013 study published in Pediatrics looked at thousands of adolescents over eight years. Results showed that among eleven- to sixteen-year-olds, there was a significant increase in the number of children getting sixty minutes of exercise every day. There also was an increase in the total daily servings of fruits and vegetables eaten and decreases in the amount of time watching television and the number of sweetened beverages consumed. In the same time period, the percentage of overweight children declined. That’s real progress.

Although there’s no obesity study that can link cause and effect, there have been some significant changes in programs across the country. Through the Department of Agriculture, for example, there are new guidelines to decrease portion sizes and add fruits and vegetables to school lunches. Schools are taking junk food out of vending machines. At the community level, there’s been an increase in farmers’ markets. And there are more recreational opportunities, like the Rails to Trails program.

The overall numbers are still cause for alarm: nearly 30 percent of adolescents are overweight or obese. But sometimes, we get almost to the brink of disaster, and then we figure out how to turn the ship around.

And we might be getting there. When you start looking at all these changes, community by community, from the federal government down to the local level, this makes me and many scientists in this area guardedly optimistic that obesity rates will continue to decline.”

Susan Lynch ’76 is a pediatric lipid specialist at the Children’s Hospital at Dartmouth-Hitchcock in New Hampshire.

The US has economic advantages that no other country in the world can match.

“First, we should be clear about one thing: while a lot of problems in Washington are purely political problems, Social Security isn’t one of them. It’s a demographic problem. Soon we won’t have enough workers to support all of the people who are retired.

But so much of that problem is the result of good news: we’re living much longer than we used to. When you think about it, it doesn’t really make sense that in our society we plan on spending twenty or twenty-five years in retirement. Historically, that’s just bizarre.

And though the problem with Social Security is serious, we couldn’t have a better starting point: we are currently the richest country in the history of the world—we have double the wealth of the second-highest country. While it’s true that there are going to be real consequences [when we can’t pay promised benefits to retired workers], it’s not as though these choices are going to cause us to regress back to some sort of medieval society. Even poor people in America are phenomenally wealthy by both world and historical standards.

There may not be any good option on the table, but if you bump the retirement age back far enough, the problem goes away. When Social Security was devised, the retirement age and life expectancy were about the same. Today, there are lots of healthy people in their late sixties who could continue to work until they were, say, seventy-two or seventy-five.

We’ve developed a mentality that [our current benefits are] what we deserve, but it was a false promise that never should have been made. The world has changed. It’s a promise we can’t keep anymore.

Eventually, we’re going to bite the bullet. We’ll readjust. We may work longer than we thought, and our benefits may not be as good as we thought. And that will make people unhappy. But it’s definitely not the end of the world. When we compare ourselves to almost anyone else, we’re still doing pretty well.”

James Hartley is a professor of economics at Mount Holyoke who specializes in macroeconomics.

More than ever before, we have the will to make environmental changes that matter.

“Much of the Arctic is covered by permafrost—soil that’s below the freezing point of water. When permafrost thaws in the bottom of lakes, methane gas, caused by decomposed organic matter, bubbles up out of the lakes and enters into the atmosphere as a greenhouse gas. You can actually light this methane on fire—we’ve created enormous fireballs on frozen lakes from the methane coming up out of the permafrost. If permafrost thaws, it has the potential to be a significant contributor to climate warming.

Now, permafrost is always warming and thawing. And one bright spot is that we know that 10,000 years ago, this warming and thawing happened a lot more than it does today. And there are even some natural processes to mitigate greenhouse gas emissions, like lake draining. When lakes drain, they turn into wetlands that absorb carbon. It’s actually a cooling effect.

That doesn’t mean we don’t need to be paying attention. Even though we don’t have a catastrophic situation now, we could in the future. The media may have [stoked] fears a little bit. But that’s captured people’s attention, and that’s a really good thing.”

Katey Walter Anthony ’98 is an associate professor at the University of Alaska–Fairbanks. She studies methane emissions in environments where the permafrost beneath lakes is thawing.

The best journalism isn’t behind us, it’s ahead.

“I’m extremely optimistic about journalism— and I’m almost a lone voice in the wilderness on that. It’s true that the business model, which was trustworthy and phenomenally profitable, collapsed rather dramatically.

But there are many interesting things happening around the fringes. For example, a lot of seasoned journalists have founded independent startups. Some are running media institutions or teaching. They’re out there, in a major way, revitalizing the profession. For example, there’s Round Earth Media, which links [novice and experienced] journalists who work in tandem to produce stories overseas. Even if organizations like these haven’t hit prime time, they’re out there, they’re growing, and they’re becoming more viable.

And in the mainstream press, there are so many journalists who are maintaining and improving the standards we’ve had. A September 2013 story in the Detroit Free Press, for example, used thousands of documents to reconstruct why Detroit went bankrupt. It tells a really complicated story based on reams of research—but even more than that, it’s freely available to anybody in the country. It’s accessible; it’s sophisticated; it’s detailed. Mayors, city managers, and government officials can read this story. I can sit here in South Hadley and read it front to back, with all the graphics, all the links, everything.

Work of that caliber is still happening. We’ve got reporters who are still doing the traditional shoe-leather reporting, getting out and talking to human beings, but they’re also augmenting the work with [the Internet and online databases]. Journalists have access to phenomenal quantities of data and information. When you consider WikiLeaks and Edward Snowden, journalists have become the translators of this unfiltered well of information. What do we need to know? Why do we need to know it? For that reason, journalism isn’t going to go away. It’s probably never been more compelling.

What’s going to save these institutions, in the long run, is doing this work really well over and over and over.”

C.S. Manegold is a visiting senior lecturer in the Mount Holyoke English department. In 1993, she was part of a team of reporters from the New York Times awarded a Pulitzer Prize for coverage of the 1993 World Trade Center bombing.

Erin Peterson is a freelance writer who lives in Minneapolis and writes for colleges and universities across the country.

3 responses to “Everything is Going to Be Ok”