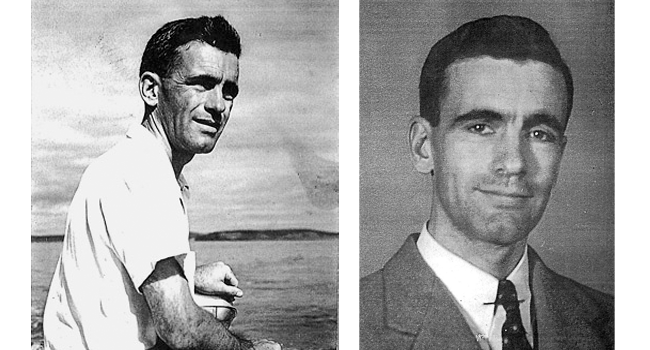 Following in the footsteps of his father—a professor of English at Beloit College in Wisconsin—Dr. Edward P. Clancy is a beloved former Mount Holyoke professor as well as a celebrated physicist. On July 3, 2013, Dr. Clancy will also earn the impressive title of centenarian, celebrating his 100th birthday alongside family and friends.

During his career at Mount Holyoke (1946–1979), Dr. Clancy was a strong advocate for women’s education, publishing numerous articles in the American Journal of Physics that attempted to remedy the low number of women who pursued careers in scientific fields. He also promoted experimental courses for Mount Holyoke students that used philosophical approaches to understanding science, and advanced teaching tools such as the Van de Graaf generator and the mass spectrometer.

As a PhD graduate student at Harvard,  he helped to help build the first cyclotron, one of the earliest particle accelerators. The initial research led to the development of radiation technology later used to treat cancer patients.

Dr. Clancy is the author of The Tides: Pulse of the Earth, a textbook explaining the science of ocean waves, from which he receives royalties to this day. Hardly the least of his achievements, Dr. Clancy worked as a graduate student to help build the Cyclotron at Harvard, one of the earliest particle accelerators. The initial research led to the development of radiation technology later used to treat cancer patients.

Dr. Clancy has five children, thirteen grandchildren, and four great grandchildren with whom he keeps in touch by email. An avid reader and exerciser, he climbed Mt. Holyoke daily well into his eighties, and only recently did he give up his daily stationary bike routine. Throughout his nineties he has continued to hike, walk, and is always choosing the stairs over the elevator.

At Piper Shores, where he is spending his retirement, Dr. Clancy spends each morning in the library, indulging his in lifelong passion of reading.

Inquiry into his well being is met with a typical response, “I am doing great—taking the stairs two at a time!”

Happy birthday, Professor Clancy. Thank you for your dedication and loyalty to Mount Holyoke College during your more than thirty years of service.

If you would like to contact Professor Clancy he would be thrilled to hear from you: edwardclancy1 at gmail.com