In a Class of Its Own: Thirty Years on, Frances Perkins Program Still Changing Lives 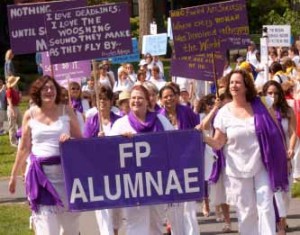 Picture a warm May day in South Hadley. Standing on the lawn in front of Blanchard Campus Center is a group of women wearing crisp white dresses and deep purple scarves. They are waving hand-lettered signs in the air—“It is there to be done, so I do it”; “I love deadlines. I love the whooshing sound they make as they fly by.” The bagpipes’ brassy drone drowns out all conversation. Stragglers scurry into line. The reunion parade begins, a cheer goes up, and they’re off.

The “purple class” is smaller than the others in the parade but it’s marching right in front, its members proud to be back at the place that changed their lives beyond recognition. This is Mount Holyoke’s Frances Perkins (FP) class—both a recognized class of its own and in a class of its own.

Today, thirty years after its founding, many take the FP program for granted. That would be a mistake, for the program is still attracting promising women aged twenty-four and older who go on to transform their own lives and the lives of those around them.

The FP reunion is celebrated every four years, and attendees cross the generations. Many meet for the first time during reunion. If you happen to drop by their headquarters dorm on Friday night, you might hear fewer roommate stories (“Remember the night we were locked out of our dorm and slept on the roof ?”) and more about the surprising circumstances that brought the women here. And if you joined your new friends for a drink, you might hear stories such as these:

“I Googled the phrase, ‘Full-time mother goes to school’ and the FP program popped up!”

“I was in England, working as a nanny and learning English. Then my mother back in Croatia heard about a scholarship offered to a Croatian woman.”

“I was an older actress … I initially contacted MHC because I had played Emily Dickinson in The Belle of Amherst.”

Gathered from Far and Wide 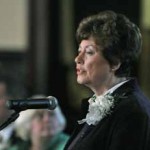 Elaine Pluta FP’96, who took classes at Holyoke Community College before coming to MHC, greets officials at her inauguration as mayor of Holyoke.

FPs arrive at the college with a wide range of worldly experience. They have run businesses, raised families, and worked in local communities, schools, and political organizations. More than 90 percent transfer to Mount Holyoke from community colleges. Holyoke Community College (HCC), for instance, is where the city of Holyoke’s dynamic new mayor Elaine Pluta FP’96 began her academic career. It was a long way from taking night classes at HCC— “Mount Holyoke seemed so remote”—to becoming mayor of a city. Pluta, a mother who had always been involved with local politics, remembers attending a college fair and “meeting the FP ladies” (Kay Althoff FP’84, currently the associate director, and Carolyn Dietel, director). “At first I said, ‘You’re kidding, right?’ and they said, ‘No. You’re working in the field; you can bring the field to the classroom and the classroom to the field. Mount Holyoke is the place for you.’ What do you know? It turned out that my age and experience counted for something.” 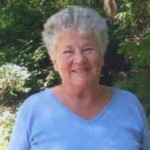 Barbara Abney Bolger started with the class of 1956, left to marry, and returned to get her degree as an FP some thirty years later.

FPs who don’t transfer from community colleges often have college credits from other four-year institutions, but took time off— sometimes a few years, sometimes decades. Barbara Abney Bolger attended Mount Holyoke from 1952 to 1954, then left to get married. “The college wouldn’t allow me to continue as a married woman,” she remembers. “And to be honest, my husband at the time didn’t want me to, either—times were different then.” Times changed, and so did Bolger, who returned after thirty years to get her degree from the college she had always loved. She now has two class affiliations, one with the class of 1956 (which she’s served as class president) and one with the FP class. “We are true Mount Holyoke women,” she says firmly, “as much a part of this college as any other graduate.” 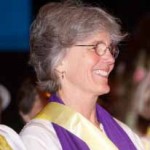 What is a true Mount Holyoke woman? Kate Rindy FP’08 is happy to tell you. According to Rindy, she “has a deep desire to learn. She cares about the world and the people in it. She’s a risk-taker, an adventurer in life who seeks both intellectual and moral knowledge. She wants to use her education to lift others around her. Every FP I know is the embodiment of that woman!”

A graduate in history who now works in Mount Holyoke’s development office, Rindy is passionate about her work, and about building on the original vision of the college’s founder. “We are the women Mary Lyon wanted to support,” she says. “The Frances Perkins program is everything she believed in: recognizing women with great potential.”

All Mount Holyoke women have great potential, or they wouldn’t get in. All many FPs have lacked is recognition of that potential and opportunities to fulfill it. Someone has to say, “You can do this,” and “Knock on this door. Ask that person for help.” That’s what the Frances Perkins Program does, brilliantly.

Pretty impressive, especially when you look at their extracurricular activities. Glee Club, crew, student government? Sure. Peer counseling? Definitely. (Younger classmates often turn to them for advice, and FPs both have it and give it.) Then add raising children, holding down full-time jobs, caring for aging parents, managing family businesses, and going through divorces, remarriages, and other major life changes. FPs do these extra extracurricular activities regularly, exhaustingly, and well. Write an economics paper, pick up the child from daycare, study for a chemistry exam, grab some groceries, and show up for your evening-shift job? All in a day’s work. And make sure you get an “A” on that paper. Now repeat, for as many years as it takes.

If that sounds like a long slog in the coal mines, sometimes it is. But for FPs, making scholarly discoveries, learning to soar intellectually, and finding their genuine passions and true talents is like finding a cache of diamonds at the end of the day. You forget what it took to locate those riches. 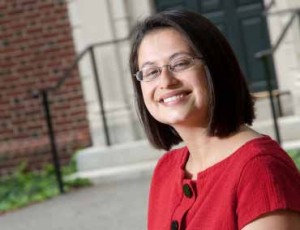 Corinne Espinoza FP’07 says the FP program taught her “to dream big, be brave, and trust in myself.”

Take Corinne Espinoza FP’07. A self-described “poor, single mother” raising a three-year-old son, she had dreamed of going to Mount Holyoke since her junior year in high school, when she aced her SATs. Life took her in a very different direction, but her dream remained stubbornly alive. When the college accepted her, she gave notice to her employer and her landlord, packed everything she owned (clothes, books, and a few toys for her boy) into suitcases, and moved across the country to South Hadley. Life as a student and mother was hard. Espinoza remembers “coasting down the hill on the way home in order to save a bit of gas” and “washing clothes in the bathtub” when, after paying for daycare, she didn’t have enough money left for the laundromat.

She developed a unique, only-at-Mount-Holyoke way to cope. “I talked to Mary Lyon at her gravesite every time I was afraid,” she confesses. That helped, as did going to the library, “smelling the wood and writing poems about glass and sunlight.” Studying with Nancy Folbre, Espinoza developed a passion for feminist economics.

She graduated with a degree in economics and landed her “dream job” as a researcher with Harvard economist Roland Fryer, with whom she built American Inequality Labs (now EdLabs). She currently works in Harvard’s Office of the President. “I learned to dream big, be brave, and trust in myself.”

Ana Drazic FP’02, who in a past life was a nanny in England, took that lesson to heart. When news reached Drazic’s mother in 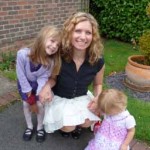 Ana Drazic FP’02 traveled from her native Croatia to become an FP, arriving at MHC on her very first day in the United States.

Croatia that MHC was offering a scholarship to a Croatian woman, Drazic took a deep breath and applied to the college. She was chosen out of many, and that was the end of her life as a nanny. The day she arrived on campus was her first day in the United States—no time even to visit New York City first.

Still learning English and with no source of income, Drazic was lonely at first. Soon, though, she found a job with the dance department, made friends with another math major, and started attending dance concerts. She graduated with a mathematics major and Italian minor. Drazic now teaches high-school honors mathematics in England and is raising two “wonderful daughters.”

Catherine Allgor FP’92, whose main connection to Mount Holyoke was having acted in all of the late Wendy Wasserstein’s plays, says she enrolled because “I was an actress hiding the fact that I was an intellectual. I felt the need for a real education.” Allgor went on to earn a PhD in history at Yale, write two books, and is now a full professor and presidential chair at the University of California, Riverside.

As these women’s stories illustrate, something about MHC and the Frances Perkins Program inspires dedication and hard work that would awe anyone from a workaholic CEO to an Everest mountaineer. And all that effort pays off in extraordinary accomplishments.

But FPs’ achievements are personal as well as professional: knowing what you believe and how to apply it; knowing that your mind is powerful and that your voice counts; knowing that you are capable of doing whatever you set your mind to. In this way, FPs are just like every other Mount Holyoke class: made up of women who know how to live usefully, consciously, passionately, and well. 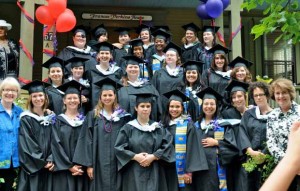 Who was Frances Perkins?

How many FP alumnae are there?

Join the LinkedIn Group for FPs:

If you are an FP, join the others at the LinkedIn group at alumnae.mtholyoke.edu/fp_linkedin.