Venturing Out on Her Own

Christina Brandstrom Balotescu ’97 shares how she started her own business 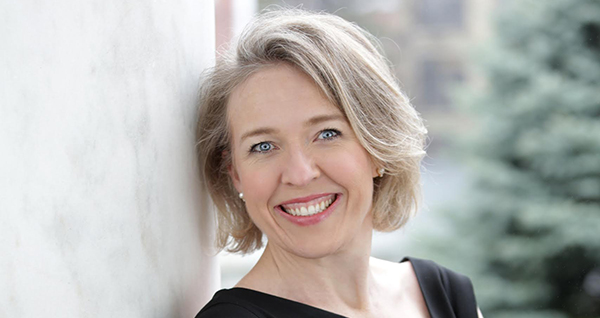 It’s well known that women often struggle to reach the highest levels at major corporations. What’s received less attention is that they can face similar challenges when they’re working for their own relatives.

That happened to Christina Brandstrom Balotescu ’97, who was employed in her family’s manufacturing business for about a dozen years. “I hit a major glass ceiling,” she says.

Balotescu believes that many factors contributed to her exclusion from the upper rung of the business that had been part of her life since childhood. They included her young age, the ingrained culture of the company, her skill set being different from that of her boss, and management’s hesitation to promote anyone—especially a young female—to a position that would shift the established power dynamic.

“Perhaps the top-quality education I got at Mount Holyoke fueled the differences and made me eventually see that I couldn’t ever realize my full potential in that environment,” she says.

So Balotescu, then 34, left to pursue an MBA at NYU Stern. “That’s where I found my calling,” says Balotescu, who ultimately dropped out to work full time on the start-up she founded. “Even though I haven’t completed my degree yet, education gave me the confidence I needed, and I started to really believe I have what it takes to follow my dream.”

While at Stern, Balotescu conceived the idea for 360Alumni, the company she launched in 2013. It helps schools empower alumni to make the most of their networks by letting them connect with each other based on factors such as location, profession, and interests. “I’ve always loved technology and connecting people,” she says, “and I’m passionate about education and the power it has to lift us up.”

Balotescu believes the confidence that allowed her to start her own business is key to enabling other women to achieve success as business leaders. “I think if you want to increase the number of women at the helm of companies, more need to decide that’s where they want to be—and they need to silence the voices in their heads that say they can’t,” she says.

Sometimes those voices come from those closest to us. When Balotescu told her mother about her plans for a business, her mother’s response was less than encouraging. “She said, ‘Now, Christina, don’t be too ambitious,’” Balotescu recalls, laughing.

Balotescu declined to heed her mother’s well-intentioned advice. Instead, she says, “I decided that if I was going to pursue a big dream, I would need to cultivate relationships with people who could see that dream happening, even during the inevitable moments when I would be struggling. You need friends to encourage you and mentors to advise you if you’re going to take on something really big.”

Today, she and five of her Mount Holyoke classmates meet regularly to share their diverse career and personal challenges and learn from each other. “I actively sought out very successful people who represented where I wanted to be,” she says. “I also sought out people who had overcome great challenges.”

Her own advice for those interested in business is to get hands-on experience as early as possible. Running a lemonade stand teaches young girls about profitability and management. Babysitting jobs help pre-teens practice their negotiation skills. Shadowing an entrepreneur—or interning at a company—provides college students with real-life exposure to the business world.

Although 360Alumni isn’t a long-established family business like the one Balotescu grew up in, it has nonetheless become part of her family’s life. She notes that behind most successful businesswomen is a powerful support system—in Balotescu’s case, her husband. And she considers herself fortunate to be able to share the ups and downs of her venture with her children, ages 11 and 8. “They’re my little allies. They don’t think being an entrepreneur is easy, but hopefully when my ship comes in, they’ll realize it was worth it.”

Read more about how women are stepping into leadership roles and how it’s affecting the stock market in the Alumnae Quarterly article, “Women in the Lead.”