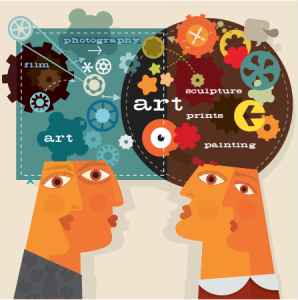 Mari Ellen Reynolds Loijens ’91 met Lizabeth Goggin Sears ’85 when Sears moved to the Bay Area from Australia. Loijens is the chief business, development, and brand officer of the nonprofit Silicon Valley Community Foundation; Sears had volunteered for nonprofits but had never worked at one. Loijens realized Sears’s background would make her an “excellent” grant writer and fund-raiser, she says. She introduced Sears to a nonprofit, Raising a Reader, where she now she has a job. “They love her, and she is very happy,” Loijens says. “That’s one personal experience, but it’s my hope other connections are being made similar to that one.”

You can bet they are. Loijens and Sears connected through MHC NPO Alumnae, a LinkedIn-based special interest group, or SIG, for MHC alumnae in the nonprofit organization world. Loijens moderates the group, which has more than 700 members. “It is a resource for jobs, ideas, networking, information on potential vendors, and more,” she says. “We have members from all over the world, and periodically people meet in person or further conversations offline.”

MHC NPO Alumnae is one of a growing number of SIGs that are fostering new connections among alumnae on Facebook and LinkedIn. “Engagement of alumnae traditionally has been through classes and reunions and clubs or geographical areas,” says Jennifer Durst ’95, vice president of the board of directors of the Alumnae Association. “But as you can well imagine, alumnae and people in general are connecting in so many other ways through their specific interests, and that transcends geographical areas as well as age.”

For example, there’s a group for Frances Perkins alumnae. An alumnae entrepreneurs network. An alumnae educators network. And a brand-new group for alums with MBAs. The LinkedIn SIGs offer networking opportunities for professionals; the Facebook SIGs serve a social purpose for alumnae with shared interests in, say, sports or the arts. Two or three new groups are starting up each year, and all are alumnae driven. “We don’t take a top-down approach in forming these groups,” Durst says of the Alumnae Association. “We want this to be very grassroots and organic.”

Pamela Parker ’81 gets credit for initiating Mount Holyoke Wordwrights, another SIG based on LinkedIn. Having attended several writers’ conferences and realized, as she says, “how many writers really struggle for some support from other writers,” Parker worked with Durst to get Wordwrights up and running last year. Already, the group has more than 300 members. With freelancers, editors, corporate-communications officers, entrepreneurs, published authors, and hoping-to-be-published authors, they represent a broad spectrum of working writers. “New grads are always welcome,” Parker says, “and we’re glad to offer whatever tips we can.”

MHC’s only “affiliate group”—a sort of super-SIG that has jumped through the hoops necessary to obtain 501(c)(3) status—is Lyon’s Pride. The group was formed in the mid-1980s as the Mount Holyoke College Lesbian Alumnae Network but changed its name upon becoming a tax-exempt nonprofit organization more than a decade ago. Today it has roughly 700 members, including about 100 students and a handful of faculty and staff. It boasts its own website, mhlp.org, which founder and current president Donna Albino ’83 says is its major tool for communicating with its members. “Our website offers news, member profiles, event listings, and our history,” Albino says. “We would be lost without it.”

A busy and active group, Lyon’s Pride invites alumnae to campus to do book readings, comedy sketches, history discussions, and other events; has online chats with people such as President Lynn Pasquerella ’80; welcomes new student members with Lyon’s Pride mugs filled with chocolate; and lots more.

Then there’s the group’s Jolene Fund, which provides loans to students whose families have financially disowned them because of their sexual orientation. “We have been able to help three students so far,” Albino says, “and the fund will be used again this coming year to help a senior graduate with her class.”

With more than 300 Facebook members, the Mount Holyoke College Black Alumnae Group aims to “contact, connect, and inform” MHC alumnae from the African diaspora. The group’s signature event is the triennial Black Alumnae Conference, which dates back to 1973. The theme of this year’s conference (Nov. 9–11) was Claiming Our Legacy, Making Our Mark. “The theme is designed to invoke pride in our contributions to the College,” conference co-chairs Maxine Roberts ’95 and Kimberly Hebert Gregory ’94 wrote in an email. “We are excited and delighted to collaborate with the College to reestablish and honor our presence as black women on campus.”

Karen Hendricks ’76, for one, always looks forward to the event. “That’s some of the value added—that opportunity to interact with folks who share some very similar experiences,” says Hendricks, a past president of the Alumnae Association. Which, really, is why she’s been a part of the black-alumnae group since its early days. “It’s a network predicated on folks who have a shared sense of community,” she says. “It’s reaching out to your sistas and keeping that connection.” —Christina Barber-Just