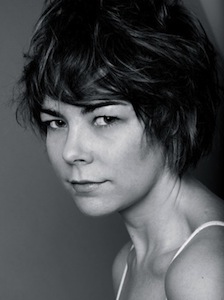 Writing a memoir as an undergraduate may seem audacious to many, but for Hanna Pylväinen ’07, life until that point left plenty to examine. Alongside seven brothers and sisters, Hanna grew up in suburban Detroit, where she and her family were members of a small religious sect of Lutheranism called Lutheran Laestadianism. Harkening back to the strictures originally set by Martin Luther, members of this sect abstain from worldly indulgences to avoid temptation and sin. As a teenager, Hanna and her siblings were not allowed to do many things around which the lives of their friends revolved—attend dances, wear makeup, watch television, or go to the movies.

Yet, once at Mount Holyoke Pylväinen began to feel that the world was open to her, both academically and socially. While composing her senior creative writing thesis—the aforementioned memoir, “Unbelieving”—she began to understand the power of her own voice. The thesis earned her summa cum laude honors, giving her confidence in her abilities as a writer. “I realized that I was producing work that was not merely therapeutic or about my past or my childhood,” she says. “Somehow the esteemed professors at Mount Holyoke saw something that was bigger than that. To have their support gave me the push to go into writing.”

Pylväinen also decided to leave her religion while at Mount Holyoke. Her departure from Laestadianism was not easy. Losing the comfort of the supportive community of her childhood was devastating, and for a short while she actually reentered the faith. Her second departure was equally painful, yet she has remained outside of the sect, obtaining her MFA in creative writing from the University of Michigan, and publishing her first novel, We Sinners, last August.

“It’s so easy to believe that you don’t have anything to add to what the world has already produced. Mount Holyoke was the first place where it was suggested to me that I had anything to say of importance.”—Hanna Pylväinen

While her final creative project at Mount Holyoke was autobiographical, We Sinners (Henry Holt and Co., 2012) is a work of fiction that follows the Rovaniemi family, members of the same devout religious sect in modern-day Michigan. A family of eleven, the Rovaniemis are in many ways a typical American household. Yet, when two children decide to leave the faith, the family is thrown into turmoil. Those who left must deal with the devastation of losing the close bond with their community, and those who remain question whether religious belief trumps familial ties.

A different Rovaniemi narrates each chapter, creating a beautiful portrait of a family in flux. Library Journal calls the novel a “remarkably sensitive family portrayal, a powerful and unforgettable debut that manages to balance successfully its multiple perspectives,” and the Chicago Tribune praises Pylväinen’s ability to capture “individual experiences with emotional precision.”

Pylväinen’s next novel, The End of Drum Time, is about Laestadius himself, the Swedish founder of the religious sect, and will focus largely on one of his daughters who runs away with a reindeer herder. “The novel has turned out to be surprisingly feminist,” she says, “It’s the female characters that really drive the story, and that’s something I’m really excited about.”

Learn more about Hanna Pylväinen and her work here.