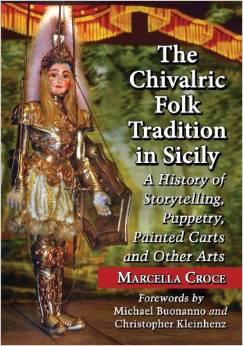 The Chivalric Folk Tradition in Sicily: A History of Storytelling, Puppetry, Painted Carts and Other Arts

Tracing the development in Sicily of a chivalric tradition based on the medieval stories of Charlemagne and his knights, this is an analysis of Sicilian storytelling, puppetry, festivals, cart painting and other folk art. Interviews with puppeteers are documented, and hand painted cart panels and playbill posters are described and illustrated. The diffusion of the chivalric tradition in Sicily is explained in part by the “sense of honor” that has permeated Sicilian life. The story of one puppeteer, Girolamo Cuticchio, and his family sheds light on the hardships and uncertain future of this art.

Marcella Croce ’72 taught Italian at the University of Isfahan in Iran and Kyoto in Japan. She has given lectures on Sicilian culture for the Palermo Elderhostel Program. Since 2002 she has organizer the Palermo semester abroad program of Union College in Schenectady, New York. She has published numerous books on Sicilian traditions in Italian and in English. She lives in Palermo. 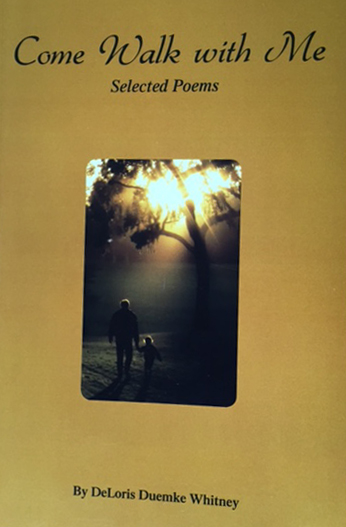 Come Walk with Me

DeLoris Duemke Whitney ’60, in her fourth book, continues to be fascinated by people’s layers of personal identity. Her character sketches make you sorry you did not know these people. Some poems cover generations in her family, from her grandson to her great-grandmother. Other poems relate to her growing up in Minnesota and other observations while traveling. Color photographs by her husband, Erwin, add to the reader’s enjoyment.

DeLoris Duemke Whitney ’60 was born in Minneapolis, Minnesota. At Mount Holyoke she majored in religion and minored in Spanish literature. Shortly after graduation she wrote her first poem, a refreshing change for her from reading and writing assignments and exams. Her poetry has received awards from the Poets of Tarrant County and the Poetry Society of Texas and has been published in the House of Poetry, Baylor University, and Lucidity. 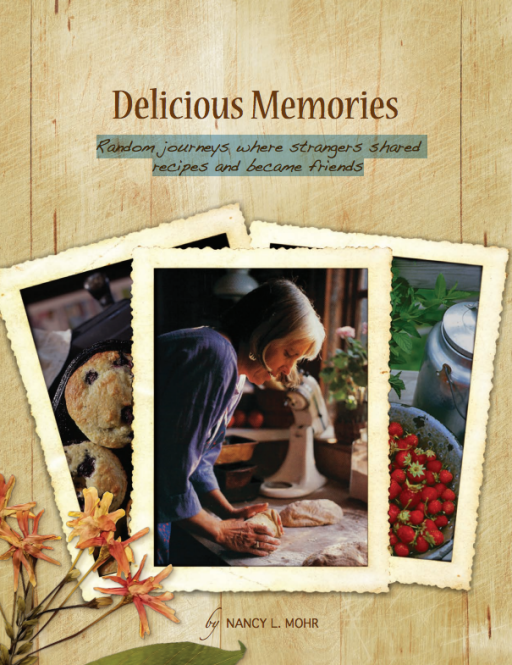 Nancy L. Mohr ’55 has published extensively. She has written with newspapers and magazines, been active in land planning/conservation, agricultural preservation and community planning with more than dozen years with Chester County s Planning Commission. She has several books and many broadly disseminated reports to her credit. As Chester County 2020 s President/CEO, her particular passion was this nonprofit organization that seeks to engage residents in determining the future of their communities rather than letting it just happen. 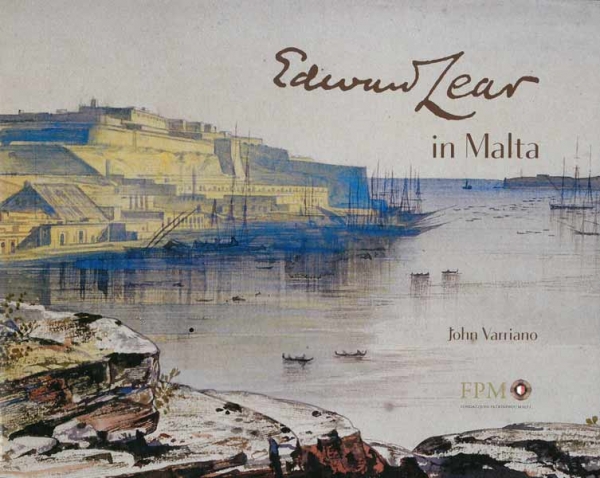 Edward Lear (1812-1888) was among the most gifted and prolific artists ever to work in Malta. Few foreign painters left more of a legacy on the island, and the earlier ones that did – Caravaggio, and Mattia Preti in particular – enjoyed the patronage of the Church and the Hospitallers while confining themselves to narrative compositions or portraits destined for public display. Lear, by contrast, was content to observe and render the sights of Malta with the sole intention of making sales to private collectors. Furthermore, he lived in an era when landscape and topographical art had become an acceptable alternative to sacred images, and the dominant aesthetic goal was no longer the idealization of nature.

Professor Emeritus John Varriano has a special interest in the art and architecture of seventeenth-century Rome and has published more than three dozen specialized studies in his field. Active in the European Studies Program, Varriano also served four terms as chair of the Department of Art. He held an endowed chair named after the first woman in America to spend her junior year abroad, and he strongly encouraged his current students to do the same. His last book, Caravaggio and the Art of Realism (Penn State Press), was published in 2006. 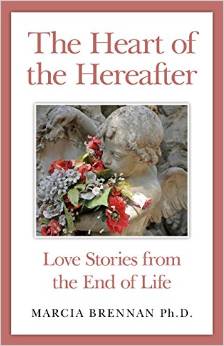 The Heart of Hereafter

The Heart of the Hereafter can help to serve as a life review for the living. The stories can change not only how we view the end of life, but how we view life itself, and thus how we actively live our lives, particularly when we encounter the part of ourselves that is nothing but love. The end of life is almost never pretty, but it can be almost overwhelmingly beautiful. This book features a moving selection of poetic and visual artworks that are based on the author’s experiences as an Artist In Residence in palliative medicine at the M. D. Anderson Cancer Center. Emphasizing mystical and spiritual themes, the stories showcase the different types of love that emerge both in life and at the end of life. They range from philanthropy, self-respect (amour propre), familial love (agape and storge), and romantic love (eros) to various expressions of spiritual love including charity (caritas), grace, enlightenment, and transcendence. By engaging these themes, this book sheds valuable light on both the promises and the complications associated with constructing an ars moriendi, or guide to the art of dying, in our contemporary world.

Marcia Brennan ’88 is Professor of Art History and Religious Studies at Rice University in Houston, Texas. She is the author of several books, including Curating Consciousness: Mysticism and the Modern Museum (2010). In addition to her academic work, she also serves as an Artist In Residence in the Department of Palliative Medicine at the M.D. Anderson Cancer Center. 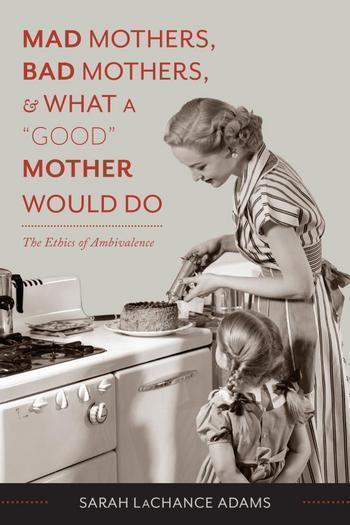 Mad Mothers, Bad Mothers and What a Good Mother Would Do: The Ethics of Ambivalence

When a mother kills her child, we call her a bad mother, but, as this book shows, even mothers who intend to do their children harm are not easily categorized as “mad” or “bad.” Maternal love is a complex emotion rich with contradictory impulses and desires, and motherhood is a conflicted state in which women constantly renegotiate the needs mother and child, the self and the other. Applying care ethics philosophy and the work of Emmanuel Levinas, Maurice Merleau-Ponty, and Simone de Beauvoir to real-world experiences of motherhood, Sarah LaChance Adams throws the inherent tensions of motherhood into sharp relief, drawing a more nuanced portrait of the mother and child relationship than previously conceived.

Sarah LaChance Adams ’99 is assistant professor of philosophy at the University of Wisconsin, Superior, and the coeditor of Coming to Life: Philosophies of Pregnancy, Childbirth, and Mothering. 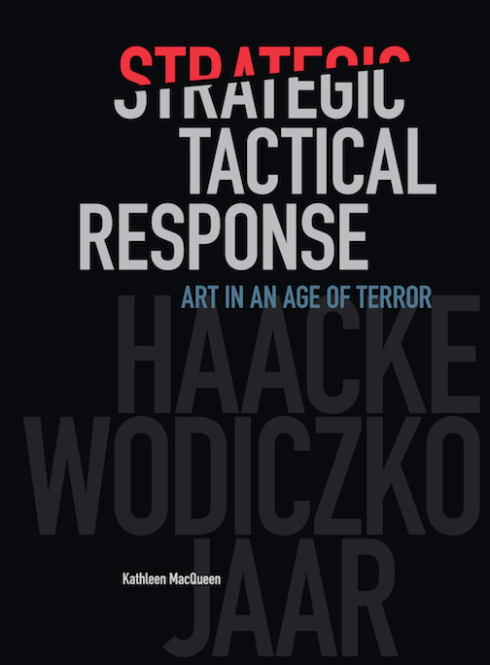 Tactical Response: Art in an Age of Terror

Tactical Response: Art in an Age of Terror explores the intricate relationship between representation and real life, particularly as regards art’s effectiveness in articulating conditions of atrocity. Tactical Response investigates works by Hans Haacke, Krzysztof Wodiczko, and Alfredo Jaar to consider representation as – what Jean-Luc Nancy calls – a presence. While these artists do not document war, terror, and atrocity, they speak to the conditions of its existence and the impact of its experience, offering a vantage point from which viewers can critically address causes, consequences, and representations of suffering. Viewed together, their work succeeds in exposing the legitimacy of their subjects’ demand for attention. Haacke, Wodiczko, and Jaar affirm the value of representation by placing us face-to-face not with horror but with making a difference.

Kathleen MacQueen ’76 is the author of “Shifting Connections,” an online column on contemporary art. She is a frequent contributor of essays, interviews, and reviews to Afterimage, Flash Art, BOMB Daily, The Art Book, Seachange Journal, Art Criticism, and the Journal of Cultural Research in Art Education. Her conversation with the South African photographer Jo Ractliffe is featured in Über(W)unden: Art in Troubled Times (Goethe Institute and Jacana, 2012). She has a Doctorate in Art History and Criticism along with a Certificate in Cultural Studies, both from Stony Brook University. Tactical Response: Art in an Age of Terror is her first monograph. Kathleen MacQueen lives in New York.