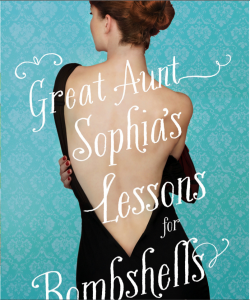 Grace Cavanaugh agrees to be a companion for her great-aunt Sophia, an elderly, wealthy former movie star. Grace expects her summer will allow plenty of time to watch Animal Planet and to work on her dissertation in sexual politics, but she is wrong. Soon, Sophia attempts to transform her frumpy great-niece into a version of the B-movie bombshell she herself once was, teaching her lessons about men, sexual liberation, and power along the way.

Lisa Cach ’89 has written more than a dozen books in several genres, including paranormal, romantic erotica, and young-adult fiction. Visit her at www.lisacach.com.

Seven Views of the Same Landscape

This collection of stories takes place in post–civil war Barcelona. Celebrated Spanish author Tusquets tells the coming-of-age tale of Sara, a young member of the Catalan upper middle class whose family sided with Franco in the Spanish Civil War. Disgusted by the cruelty and hypocrisy of her parents’ clan, Sara grows as she searches for meaning in her personal life and the larger social landscape.

Barbara Franklin Ichiishi ’70 is the author of The Apple of Earthly Love: Female Development in Esther Tusquets’ Fiction, as well as articles on Spanish and American women’s literature.

This novel follows one family as they immigrate to the United States following the violent upheaval during the partition of India in 1947. The story grapples with the complexities of leaving home and delves into the psychological impact of losing one’s family and identity. Kashyap also presents the idea that everyone is tied to past and kin for life.

Athena Kashyap ’91 is a poet whose work has appeared in Exquisite Corpse, Sanskriti, Quiddity, and The Fourth River. She currently lives in Bangalore, India.

Dare to Take Charge: How to Live Your Life on Purpose

In this paperback release of her best-selling book, Hatchett uses stories from the courtroom and her own personal life to encourage readers to find healing and self-discovery. Each chapter focuses on a life skill or inspirational thought. Throughout the book, Hatchett dares readers to focus on the positive and to uncover their potential for success. 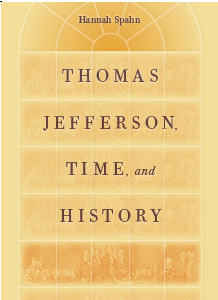 Although Thomas Jefferson was best known for his statements envisioning the nation’s future progress, almost all of his writings include complex references to time and history. Spahn’s fresh take on Jefferson situates him in the late Newtonian Enlightenment period, where she discusses his exceptionalist interpretation of American history and explores his skepticism of eighteenth century philosophical history.

Hannah Spahn ’97 is the author of Thomas Jefferson and Slavery: Betrayal of the Enlightenment? She is currently assistant professor at the John F. Kennedy Institute for North American Studies at the Free University of Berlin.

Frazier collects the stories of lives that have been affected by domestic violence in Singapore. These accounts reflect the diversity of Singaporean culture, illustrating the prevalence of domestic violence among every ethnic, religious, and socioeconomic group. Proceeds from the book will be donated to AWARE, Singapore’s leading gender-equality advocacy group.

Kendra D. Biteena Frazier ’85 is a counselor living in Singapore. She is the author of Out of Mind, Out of Sight: Voices of the Homeless Mentally Ill.

Anti-Women Sentiment in Arabic Literature: The Case of an Eleventh Century I.C. Manuscript

Jiyad discusses how fabricated stories and misinterpretations of the Koran have led many Muslim societies to deprive women of the rights granted to them by Islam. He traces this misogyny back to the religion’s earliest literature: the books of Hadith and Sunnah, which, he argues, contradict the Koran. He notes that the first person to accept the call for Islam was the Prophet’s wife and that the first Islamic martyr was a woman.

Mohammed Jiyad is senior lecturer emeritus in Arabic at MHC. He recently translated into Arabic politics professor Christopher Pyle’s book Getting Away with Torture: Secret Government, War Crimes, and the Rule of Law.

Abyssinia’s Samuel Johnson: Ethiopian Thought in the Making of an English Author

Belcher discusses African cultural influences on England’s most celebrated author, Samuel Johnson. In his early days, Johnson translated A Voyage to Abyssinia, by Portuguese missionary Jeronimo Lobo. This book, written about modern-day Ethiopia, left an imprint on Johnson. Belcher points to traces of Ethiopian influence throughout Johnson’s work and contemplates the metaphor of spiritual possession in the Western literary canon.

Wendy Laura Belcher ’84 is assistant professor of African literature in the Department of Comparative Literature and the Center for African American Studies at Princeton University. She is also the author of Honey from the Lion: An African Journey.

From colonial America to Nazi Germany, through the arts and crafts of brick-making and pottery to the pioneering educational institution Black Mountain College, Benfey unearths his ancestry, which is quintessentially American. His mother’s descendants were colonial explorers and Quaker craftsmen. His father escaped Nazi Europe along with his aunt and uncle, the celebrated Bauhaus artists Josef and Anni Albers. “What a splendid cast of characters,” said one critic. “A charming book.”

Christopher Benfey is Andrew W. Mellon Professor of English and acting dean of the faculty at MHC, where he has taught since 1989. He is a prolific literary critic, poet, and Emily Dickinson scholar.

Somebody’s Children: The Politics of Transracial and Transnational Adoption

Briggs examines the social and cultural forces that have defined transracial and transnational adoption in the United States. She particularly focuses on the experiences of African American and Native American mothers and indigenous and poor women in Latin America, all of whom have felt pressure to give up their children for adoption or have had their children taken from them.

Laura J. Briggs ’86 is chair and professor of women, gender, and sexuality studies at the University of Massachusetts– Amherst. An adoptive parent, she writes and teaches about reproductive rights, race, and adoption.

Peter Is Just a Baby

Peter’s older sister can skip, use grown-up words, and even count in French. Peter can’t do any of those things because he’s just a baby. Now that it’s Peter’s first birthday, his big sister hopes he will finally be the brother she’s always wanted. This lighthearted story is perfect for any child adjusting to a younger sibling.

Marisabina Russo Stark ’71 started her career as an illustrator and contributed several illustrations and five covers to The New Yorker. She is the author/illustrator of twenty-four picture books, mostly recently I Will Come Back for You: A Family in Hiding During World War II.

Far from the usual representation of her as a reclusive, frail, serious poet, Emily Dickinson in this book is examined as a dog owner. The book illustrates Dickinson’s relationship with her large, loving, slobbery Newfoundland, Carlo. Through lyrical language and colorful illustrations, Emily and Carlo offers a fresh perspective on a well-known but seldom understood American poet.

Marty Rhodes Figley ’03 has written several children’s books about historic figures. She is a member of the Emily Dickinson International Society.

Tomo: Friendship Through Fiction— An Anthology of Japan Teen Stories

Titled Tomo (“friend” in Japanese), this collection of young-adult short fiction includes prose, verse, and graphic art related to Japan. The anthology features thirty-six entries contributed by international authors and artists. Proceeds from the sale of the book will go toward long-term relief efforts for teens in the tsunami-struck area of Tohoku.

Holly Thompson ’81, whose novel Orchards won the 2012 Asian/Pacific American Award for Young Adult Literature, is a longtime writing teacher and resident of Japan.

This collection of poems was inspired by more than 100 letters Thomsen’s grandfather Owen Leach wrote to her grandmother Mattye Seay Leach during World War II. In the words of one reviewer, “Letters that began as gifts to a loving wife have reemerged as art to become gifts for the world.”

Poems and book reviews by Melinda Thomsen ’83 have appeared in journals and anthologies in the United States and overseas. Thomsen’s first collection of poetry was Finishing Line.