Thirty years ago, Wendy Wasserstein ’71 became the first woman to receive a Tony Award, for her play “The Heidi Chronicles.” That same year, 1989, Wasserstein also received the Pulitzer Prize for Drama, at the time the ninth woman to receive the prize in its 70-year history. 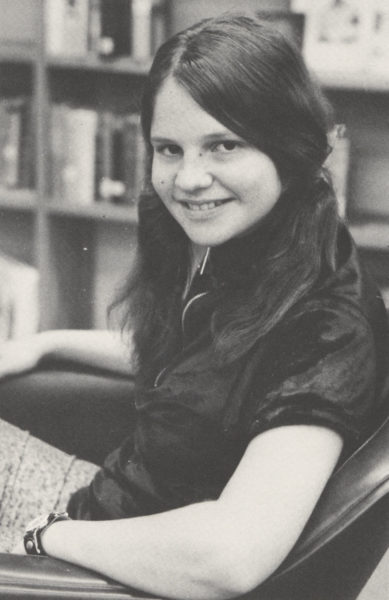 Wasserstein’s first play, “Uncommon Women and Others,” began as a thesis during her time as a graduate student at Yale and was produced off-Broadway in 1977.

The term “Uncommon Woman” was first popularized during the presidency of  President Richard Glenn Gettell, whose inaugural address in 1957 was titled “A Plea for the Uncommon Woman.”

During her 30-year career, Wasserstein wrote and published dozens of plays and screenplays and numerous articles, essays and speeches. She was recognized by peers, audiences and reviewers as a pioneer of telling women’s stories authentically, writing into her own work — and always with compassion and humor — the women that she hadn’t seen on stage when she attended plays as a child.

When I look back, what really scares me is how very much I was frightened of pursuing what I really liked to do. I didn’t think I would become a playwright. I wanted to make a more reasonable choice … to fall in line. … I believe I had the confidence to become a playwright because I learned at Mount Holyoke the value of an individual woman’s voice. There was a higher purpose to what I enjoyed the most here: talking to my friends and taking the time to really know them. … What may well resonate in your later life is … the sense of self that you formed here. Wendy Wasserstein ’71, 1990 commencement address 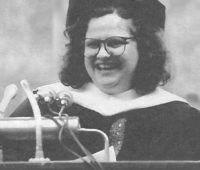 Read more of Wendy’ Wasserstein’s Commencement address to the class of 1990.
Web Exclusive

When she died of lymphoma in 2006, the lights of Broadway were dimmed in her honor.

The Mount Holyoke Archives and Special Collections has in its collection Wasserstein’s papers, spanning the years 1954 to 2006. Learn more about the Wendy Wasserstein papers.

A similar article appeared in the summer 2019 issue of the Alumnae Quarterly.