The following is a list of books published by alumnae and faculty, or about alumnae, and received at the Alumnae Quarterly offices since the publication of the spring 2018 issue. To submit your work, please email quarterly@mtholyoke.edu. 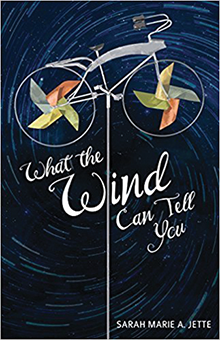 What the Wind Can Tell You

In this middle grade novel, Isabelle is determined both to win the middle school science fair with her wind machine and to have her brother, Julian, who has epilepsy and uses a wheelchair, serve as her assistant. But after he has a grand seizure, everything changes.

Sarah Aliberti Jette ’01 served in the Peace Corps in Mongolia, studied rehabilitation counseling and now teaches fourth grade. This is her first novel. 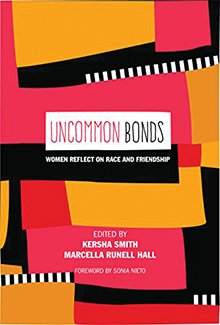 A collection of essays written by women representing multiple identities who address the experiences of race, ethnicity and friendship in the context of the United States.

Marcella Runell Hall is vice president for student life and dean of students at Mount Holyoke and author or editor of several books. 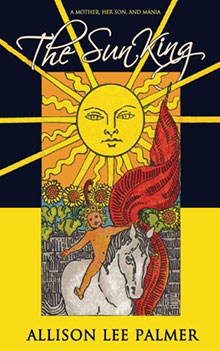 In this fictionalized memoir, a mother recounts the emotional journey she and her son take when he becomes mentally ill. Jack is known as the Sun King because as a child he resembled the illustrated boy in his mother’s deck of tarot cards. Already on the verge of madness, Jack leaves for college in Ohio but secretly decides not to take his medicine. When Jack becomes manic, his mother must retrieve him from a psychiatric hospital and bring him home to Oklahoma.

Allison Palmer ’85 grew up in Westminster, Maryland, down the street from a small college where both her parents taught literature. Her family took extended trips to Europe, where she developed a keen interest in Italian renaissance art. She received a B.A. in art history from Mount Holyoke College and an M.A. and Ph.D. from Rutgers University. She moved to Norman, Oklahoma, where she teaches Renaissance and Baroque art history in the School of Visual Arts at the University of Oklahoma. She writes both academic texts and novels. “The Sun King” is her debut novel. 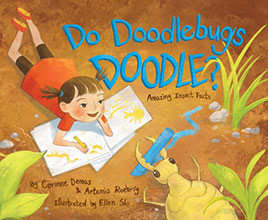 Do bed bugs wear pajamas? Do dragonflies breathe fire? Silly questions, the kinds children often ask, are followed by informative answers sure to make every reader eager to learn more about insects.

Corinne Demas is the author of two collections of short stories, three novels, a memoir, a collection of poetry, two plays and numerous books for children. She is professor of English at Mount Holyoke and fiction editor of The Massachusetts Review. 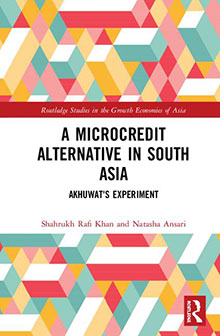 This book explores Akhuwat, a rapidly growing Pakistani NGO formed in 2001 that addresses the shortcomings of conventional microfinance. Its vision is of a society built on empathy and social solidarity, and its mission is that of creating self-sufficiency among the entrepreneurial poor.

Natasha Ansari ’13 is a research associate at the Collective for Social Science Research. She is one of the lead researchers on the value chains pillar for the research consortium Leverage Agriculture for Nutrition in South Asia in Pakistan.

Shahrukh Rafi Khan is a Mount Holyoke College research associate. He has published extensively in refereed journals and authored and edited several books, including a “History of Development Economics Thought” and “Market as Means not Master: Towards New Developmentalism.” 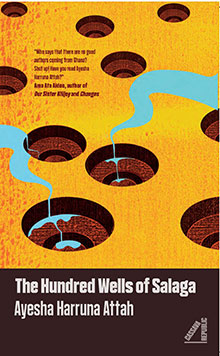 The Hundred Wells of Salaga

In this novel, Aminah lives an idyllic life until she is brutally separated from her home and forced on a journey that turns her from a daydreamer into a resilient woman. Wurche, the willful daughter of a chief, is desperate to play an important role in her father’s court. These two women’s lives converge as infighting among Wurche’s people threatens the region, during the height of the slave trade at the end of the 19th century.

Ayesha Attah ’05 grew up in Accra and was educated at Mount Holyoke, Columbia University and NYU. Her writing has appeared in the New York Times, Asymptote Magazine and the Caine Prize Writers’ 2010 Anthology. Her debut novel, Harmattan Rain, was nominated for the Commonwealth Writers’ Prize in 2010. Her second novel, “Saturday’s Shadows,” was published in English and Dutch in 2015. Attah is a 2014 Africa Centre Artists in Residency Award Laureate and Instituto Sacatar Fellow. She was awarded the 2016 Miles Morland Foundation Scholarship for nonfiction. 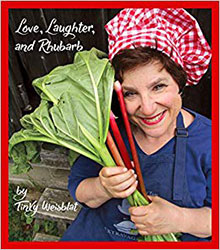 The author shares some of her reasons for loving rhubarb; more than 60 recipes, from beverages and appetizers through main courses and desserts; essays about the plant’s history; rhubarb’s place in fiction; its use as the centerpiece of festivals around the country and beyond; and the many meanings of the word rhubarb.

Tinky Weisblat ’76 is a food writer and singer. She lives in Hawley, Massachusetts, and Alexandria, Virginia, with a cat named Rhubarb and a dog named Cocoa. She is the author of two previous books, “The Pudding Hollow Cookbook” and “Pulling Taffy.” Tinky strongly believes in the ways in which food and cooking nourish and connect people, both through literal sharing of food and through sharing recipes across generations.