Click on a name to jump to that person’s story.

• Gianna Montinola ’80 found it hard to curb her tongue to let others “save face” after returning to the Philippines.

• Marie-Hélène Taverne-Jacquet ’67 found she had changed at MHC but her family and friends in France hadn’t.

• Long Truong ’10 returned briefly to her native Vietnam and missed the critical-thought process common at MHC. Her innovative solution may surprise you.

• Liz Pitman Small CG’84 returned to “the small intensity” of Scotland more focused on a career than her UK peers.

• Eleanor Choo ’06 fought a “battle of wills” with her homeland, Malaysia. Find out who won.

• Gigja Fridgeirsdottir CG’63 was glad to get back to Iceland, where in some ways women are more independent than in the US. 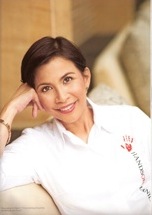 Everyone Knows Your Name…and Your Business

In the summer of 1980, I made my way back to Manila, where I had lived all my life. Ours is a matriarchal society. Compared to our Asian neighbors, Filipino women have a relative amount of freedom to do as they please. And yet I still faced major adjustments upon my return from the United States.

Life in the US, while lonely at times, came with a certain privacy that I appreciated. You could spend a whole day in Boston or in New York City without bumping into anyone you know. Not so in Manila, where you won’t get through the day without saying “hello” numerous times to friends, acquaintances, business associates, and family—which can be nice and comforting when you want company, but not when you don’t. Because the social circles are small and tight, many not only know you, they also know a lot about you. That can be very annoying.

Along with the absence of privacy are the sometimes unwanted opinions and advice from those who surround you, especially your elders. Suddenly, you are back to the high school graduate who left four years ago. You can’t go anywhere without permission or at least notice, you can be coerced to make an appearance at family or social gatherings, and you have to faithfully attend to your religious duties unless you want to be subjected to an earful.

The most difficult challenge, however, was learning to curb my tongue, not being too blunt or too painfully truthful. In America, you can say what is on your mind and whoever you are speaking to listens and does not take what you say personally. Back home, I had to readjust to the Filipino custom of “saving face” by communicating without offending the other person. And there is a code of conduct you have to observe in relationships between men and women. Men find it unforgivable if you make them lose face, especially in public.

Having said all that, coming home was not that much of a culture shock. Although life abroad had changed me in many ways, it was never enough to make me forget that the Philippines is still home.

I’ve Grown, but Home Has Stayed the Same

Before coming to the US, I had never lived outside my family. I attended the University of Lyon but lived at home until graduation, when I decided to study abroad. When I arrived in America, I had the impression there was an about ten-year civilization gap between the two continents, all the more so as my family was very, very traditional.

When I got back home, I could not adjust to my family again. I had experienced living on my own in a different country with different values and they could not accept the fact I had changed. I could not be a little child again and they did not understand this. It was a difficult time, but the following year I went to post-graduate school in Paris and it was easier. 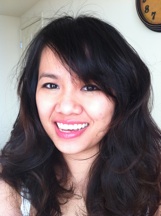 The most drastic difference when I went back to Vietnam for a summer internship was that I came from an environment that listens to, tolerates, and celebrates differences and diversity [MHC] to one that requires uniformity and fitting in [Vietnam]. I also missed the critical-thought-process that analyzes information. Sometimes people are very quick to judge and look at things from just one perspective.

However, as a MHC alum, I try to create little Mount Holyoke spheres around me by listening, thinking, and most importantly, being aware of the world around me even if it’s not in my professional field.

Returning to the “Small Intensity” of the United Kingdom

I was an exchange student from Glasgow University in the 1980s, when Maggie Thatcher and the Falklands War were making Britain become focused on money despite a lack of jobs. I struggled with attitudes of MHC seniors around me, who were going to law school, med. school, or vet. school. Everyone had a purpose. I questioned myself greatly during that time, but was enormously impressed by the people around me, and their focus.

By contrast, I was used to the UK, where people studying the arts and sciences were concerned whether they would get a job at all. MHC’s dinners with professionals gave me the idea of working in publishing, and when I returned to the UK, I was full of determination to pursue a book-publishing career. What a great initiative the dinners were.

When I returned for my final year at university, I remember the shock of seeing the green of Scottish land below me as I flew home. I realised the small intensity of the UK after the vastness of the US, but I missed the spirit of the Americans terribly, and still do.

I now work in a publishing company where only men are in positions of power, although Scotland is a country of strong, feisty women. What conclusions can I draw? That it was great to study in a place as special as MHC, and the legacy of that is something so rare I value it very highly. 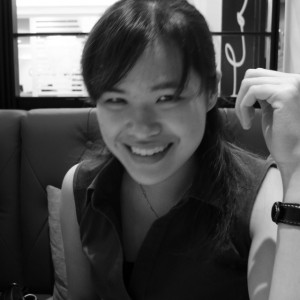 Fighting a Battle of Wills with Her Homeland

As no place remains stagnant while you are away, an adjustment period is attached to every return trip. My father was a diplomat, so I had spent my entire life adjusting to new environments with varying degrees of success. Though I had never lived in my native Malaysia, I flew there after graduation with feelings similar to those that marked my journey to Mount Holyoke: hopefulness, curiosity, and fear.

I was prepared to treat my home country as I treated any other nation I had been to. I was confident in my strength as a Mount Holyoke woman that I would serve and carve a place for myself. I soon discovered that no one was interested in my thoughts, ideals, background, or offerings except as a pretty face.

My interpretation of strength led to an imaginary battle of wills with Malaysia. I tried to force it to take me in as I was, and it tried to make me conform. Eventually and terrifyingly, my country was winning. I compromised my outspokenness and became more circular and passive-aggressive. I fell prey to formerly alien concepts of beauty and spent hours on my appearance.

I found my beliefs about liberalism, gender equality, multiculturalism, education, and social improvement were considered too different from my country’s social context, and they were correct. I could not convince them because I was unable to form a connection with them. It was frightening because I constantly made changes to myself to form that connection, but they were alien to my character.

After years of living abroad and easily adapting to different societies, it was at home that I felt the most uncomfortable with adaptation. It became clear that, as myself, I was not useful to my country. My Mount Holyoke desire to encourage what I saw as positive change was perhaps misplaced in a nation that did not wish it on any terms I could express. Ultimately, who was I to go about trying to change anything in a country I never knew?

For the most part Malaysians sympathized and tried to guide me through my “home.” I formed friendships there that educated me about more definitions of strength and change nearly as much as Mount Holyoke did. Eventually, I met many people in Malaysia willing to pursue educational improvement, gender equality, and other needed changes.

Since I have always been a better citizen abroad, I have moved again, to Singapore. The cycle of culture-shock and adjustment is familiar and ultimately positive, increasing my self-knowledge. It’s a small world. Home is not a nation on a passport, it’s what you take with you wherever you go. 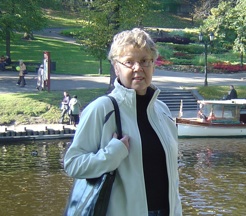 On returning home, which felt very good, I did not feel disconnected. In a way I felt Icelandic women were more independent and somehow more free than the American women. Of course we had the same problems concerning salary—men being better paid.

I think individual freedom is no less in my country than the US, and more for Icelandic women. We always keep our names as we do not have family names, and we do not get our husband´s name when married.

However, after having stayed for some time close to New York City and going into the city quite often, I felt everything was on such a small scale in Iceland on my return. The total population at that time was only about 250,000 people and we had no skyscrapers.

During my time at Mount Holyoke, most Icelanders were Evangelical Lutherans, a few were Catholics. I could not help admiring the liberality of Americans in religious matters. I saw a Christian church and a Buddhist temple side by side. Nowadays we have a lot of minor religious groups. And although Americans seemed to be enthusiastic church goers, which Icelanders are not, I do not think the belief of Icelanders is any weaker, even stronger.