Web Extras for Spring 2011 "Crusading for a Cause"

Although Deborah Morosini ’80 was the main focus of the printed article “Crusading for a Cause,” she’s far from the only one working hard for a good cause.  See below for more about the work of each alumna mentioned in the article.

And share your role in a crusade for an important cause by commenting at the end of this post. 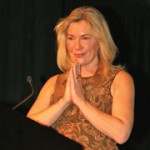 • Lung Cancer Alliance, the only national non-profit organization dedicated solely to patient support and advocacy for people living with lung cancer and those at risk for the disease.

• Dana and Christopher Reeve Foundation The Reeve Foundation is dedicated to curing spinal cord injury by funding innovative research, and improving the quality of life for people living with paralysis through grants, information and advocacy.

• NCCN Foundation A Web site devoted to patients, caregivers, and their families from the National Comprehensive Cancer Network

An executive for the Arizona Hospital and Healthcare Association, Davis was nationally already known as a women’s health advocate before she began speaking up about domestic violence. That activism stemmed from marrying a man who subjected her to verbal abuse and made her fearful that physical violence would follow. Now divorced, she has been spreading the message that domestic violence can touch anyone.

• Kristin’s blog shares her story, and offers helpful links for others dealing with domestic violence. (See bottom of the right-hand column on the blog’s homepage.)

[Photo of Davis by Yvonne Hunter] 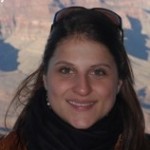 In 2009, Alice’s twenty-nine-year-old sister Denise was diagnosed with acute leukemia. Her best hope for survival was to find a bone-marrow donor, but those are in short supply. And it is especially hard to find matches for people, such as Denise, with a mixed racial/ethnic heritage. Undeterred by the long odds, Alice and others including Amber Hayden ’05 and Carrie Albertin ’05 became “Team Denise” and organized three bone-marrow drives, registered more than 500 donors, and chronicled their progress here. Eventually, Alice (a half-match) donated bone marrow to her sister as part of a clinical trial at Johns Hopkins. In December 2009, Denise was doing very well, but she died in August 2010. 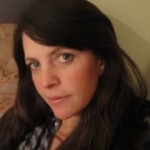 When Conway was faced with a medical community that told her she couldn’t breastfeed her child due to her Crohn’s disease medication, she did the one thing she could: defy them through research and science. The resulting quest to nurse her own child became a commitment to all women, so they may breastfeed despite the pervasive breastfeeding myths from the medical field, formula companies and society at large. Conway also educates the physicians and hospitals, having many who previously handed out formula kits, now distributing her Boobies for Babies kits. Read more here.

• My Mamma’s Milk is a Cape Cod, Massachusetts, company that seeks to support the whole woman and child relationship. This includes breastfeeding, attachment parenting, baby-wearing and earth conscious decisions such as cloth diapers and pads, organic creams and much more. It also offers a help line for breastfeeding moms (508-415-1295).

• La Leche League International, whose mission is to “is to help mothers worldwide to breastfeed through mother-to-mother support, encouragement, information, and education, and to promote a better understanding of breastfeeding as an important element in the healthy development of the baby and mother.” 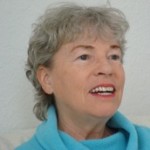 Kathy McGuire ’67: Educator and creator of a program for those with ADHD

When McGuire’s son was labeled as having Attention Deficit Hyperactivity Disorder (ADHD) in first grade, she searched for ways of encouraging his normal, active, hands-on learning style. Her model, “Don’t Fight ‘Em, Join ‘Em: A Community-Wide Intervention For ADHD,” advocates breaking the link between ADHD and school dropout. She turned her frustration into a self-help business model designed to teach people ways of integrating unique learning styles into business and education.

• Creative Edge Focusing, whose central office is located on Beaver Lake in Northwest Arkansas, is dedicated to making two “emotional intelligence” skills—intuitive focusing and focused listening—as basic as reading and writing throughout the world.

• Links to free copies of her ADHD article and dozens of others McGuire has written are downloadable here.

In May 2010, Andrea suffered a late-term miscarriage, and felt utterly alone with her grief. Searching for stories about others to whom this happened, Andrea discovered that miscarriage can happen to anyone, and that women survive the experience and move on with their lives.

Andrea cofounded a blog, Faces of Loss, Faces of Hope, to put a face on miscarriage, stillbirth and infant loss and to invite others to share and cope with this too-often-kept-secret experience.

She hopes “that Faces of Loss, Faces of Hope brings awareness to the issue of pregnancy/infant loss. I hope that by telling the world we are not afraid to show our faces and tell our stories, barriers will be broken down. Taboos will be broken, and lines of communication will be opened.

Her Web site Faces of Loss, Faces of Hope includes an extensive set of resources for those experiencing miscarriage, stillbirth, or infant loss.