On May 22, 2021, the Alumnae Association of Mount Holyoke College hosted the 149th Annual Meeting virtually, a part of a full weekend of virtual programing celebrating Reunion 2021. With hundreds of alums in attendance from across the globe, viewers heard from Mount Holyoke College President Sonya Stephens and Alumnae Association President Maria Mossaides ’73, P’04, who welcomed incoming president, Ellen Hyde Pace ’81 to her role, which begins July 1. Attendees also voted on the election of new board and committee members.

Closing out the meeting was the singing of the alma mater, followed by a virtual Laurel Parade video that included photos from reunions past.

As part of the program, the Alumnae Association and the Office of Development bestowed awards to alums and reunion classes. In her presentation, Vice President for College Relations Kassandra Jolley announced the winners of the Sphinx, Pegasus, Lion and Griffin awards:

Awarded to the three reunion classes with the highest total participation in giving to Mount Holyoke during the reunion fiscal year.

Awarded to the three reunion classes that raised the most total dollars for immediate use through The Mount Holyoke Fund during the reunion fiscal year.

Awarded to the three reunion classes with the highest total giving to all funds and purposes during the five-year reunion cycle.

Awarded to the three reunion classes with the highest percentage of Laurel Chain Society members.

Congratulations to the 2021 alum award recipients recognized for outstanding professional achievements and dedicated service to the Alumnae Association and/or College. The Alumnae Association’s reunion awards program recognizes the contributions of outstanding alums. Two volunteer alum award committees select recipients based on a 12-month vetting process that includes extensive research on each nominee. View a complete list of all past winners or recommend an alum for a future award.

Awarded to an alum for outstanding achievements and service to society that exemplify the values and virtues set forth by the College.

Ann Merchant Boesgaard, class of 1961, is a professor and a highly esteemed astronomer who has inspired future generations of scientists. A member of the University of Hawaii faculty, Boesgaard has also served as visiting professor at Harvard University. 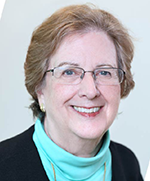 Judith Richmond Walters, class of 1966, is a noted and respected scholar whose research on the role of dopamine in the brain has advanced understanding of the causes of movement disorders. 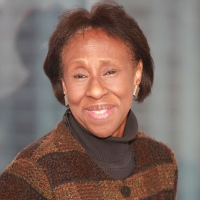 Laverne Y. Berry, class of 1971, is a highly regarded attorney, champion for voter protection and trailblazer within the entertainment industry. Berry has represented independent film and television professionals in while running her own firm.

Barbara Moakler Byrne, class of 1976, is a trailblazer for women in the investment banking arena. Byrne was the first woman to be named vice chairman for both Mobil Corporation and Barclays Capital. 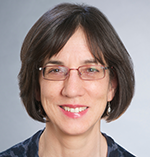 Susannah Sirkin, class of 1976, is a nationally recognized leader and expert on human rights. Sirkin’s work has helped advanced human rights advocacy for women suffering sexual violence in war zones and has exposed the medical consequences of human rights violations.

Sherri L. Burr, class of 1981, is a legal scholar, journalist, author and activist who has dedicated her career to protecting the arts and the rights of artists, showcasing the lives and work of diverse Americans.

Awarded to an alum at their twentieth reunion or beyond for long-term eminent service and significant leadership in promoting the effectiveness of the Alumnae Association and/or College.

Rhynette Northcross Hurd, class of 1971, serves as vice chair of the Mount Holyoke College Board of Trustees and as an alum trustee. Hurd was part of the task force established to negotiate a new agreement between the College and the Association.

Nancy Bellows Perez, class of 1976, served as the Alumnae Association executive director. She  was previously a member of the volunteer team tasked with creating a five-year strategic plan for the Association and served on a task force for the negotiation of a new agreement between the Association and the College.

Awarded to an alum for outstanding achievement in and contributions to the field of education that exemplify the values and virtues set forth by the College.

Dianna Roberge Wentzell, class of 1986, served the state of Connecticut as chief academic officer for the state’s Department of Education and was appointed by Governor Dannel Malloy as commissioner of education.

Astrid Jensen Berkson, class of 1956, has demonstrated exceptional loyalty to the Mount Holyoke Club of Urbana-Champaign for more than three decades, serving as program chair, secretary and treasurer. 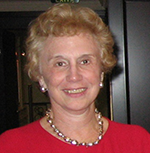 Roberta Albert Kaufman, class of 1956, has been a dedicated volunteer for her class for nearly forty years, serving as head class agent, book chair, reunion co-chair, treasurer and president. 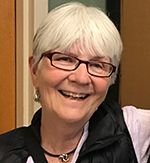 Mary Ginn Weinland, class of 1961, currently serves as class president and reunion party chair and has held multiple roles in the past, including cornerstone representative, head class agent, secretary and many reunion positions.

Alice J. Capson, class of 1971, has been a consistent and dedicated class and club volunteer, currently serving as the Mount Holyoke Club of Kansas City’s president for the eighth year.

Margaret Gere Harris, class of 1971, has served as a class volunteer in numerous capacities since 1987, including head class agent, and, for the past 10 years, vice president. Harris currently serves on the Lead Gift Committee for the 50th reunion. 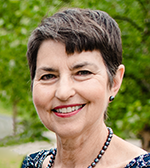 Laurie Bent, class of 1976, currently serves as class co-president and has previously served as treasurer, class agent and in various reunion positions. 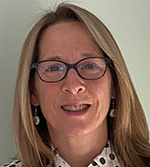 Susan Alicia Mann Whitten, class of 1981, has served as a volunteer for the Office of Development for more than three decades, including four terms as head class agent and as member of both the Annual Funds Committee and the Alumnae Development Committee. 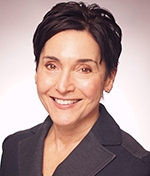 Tara Mia Paone, class of 1981, has a long history of volunteer service on behalf of the Alumnae Association and the Mount Holyoke Club of New York City. Rising to the position of club president, Paone currently serves as New York City Vespers chair. She also served on the Association’s Finance Committee and is vice president of the class of 1981.

Nina Paisley Hoban, class of 1986, has been actively involved with the Mount Holyoke Club of Northern New Jersey for nearly two decades, serving as club secretary and helping to keep the club active and vibrant. 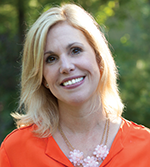 Shannon Dalton Giordano, class of 1991, currently serves as co-president of the Mount Holyoke Club of Boston, is a member of the Alumnae Association’s Nominating Committee, and, for the past twenty-five years, has served the class of 1991 as class agent. 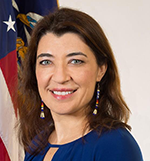 Naomi M. Barry-Perez, class of 1996, has demonstrated exceptional loyalty to the Mount Holyoke Club of Washington, D.C., and to the College by serving on the Advisory Council to the MHC Semester in D.C. program and the Victoria Schuck Campaign Steering Committee. 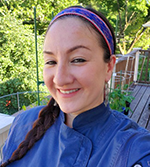 Krysia Lycette Villón, class of 1996, is a longtime member of the Alumnae Association’s Lyon’s Pride Affiliate Club and its board of directors, in addition to serving as the class of 1996’s reunion booklet chair.

Ioli Christopoulou, class of 2001, is president of the Mount Holyoke College Greece Alumnae Region and, as delegate to the Alumnae Association’s European Alumnae Council, Christopoulou is recognized as a rising star and future leader of the council.

Awarded to an alum who has demonstrated strong leadership, consistent effort over time and active involvement in one or more areas of service. Volunteer effort may be on behalf of a class, club, affinity group, global region, the Alumnae Association or the College.

Marija Tesla, class of 2011, currently serves as class president and head class agent. Tesla previously served as young alum trustee and joined the commission working on the relationship between the College and the Alumnae Association. She also was a member of the search committee for the Association’s new executive director.

Awarded to a recent alum (graduated fifteen or fewer years ago) who demonstrates exceptional promise or sustained achievement in their life, profession or community, and whose work embodies the human values which Mary Lyon exemplified in her life and inspired in others.

Yedalis Ruíz, Frances Perkins Scholar 2008, is director of the Student Bridges program at the University of Massachusetts Amherst, which aims to increase college access and success for underrepresented students on the university campus and in neighboring communities.

Elizabeth L. Tighe, class of 2010, works in the field of cognitive psychology and is considered one of a small number of researchers in the U.S. who is dedicated to understanding low adult literacy rates.

Eyitemi Popo, class of 2012, is the founder of Ayiba, a digital magazine that amplifies the female African voice. She also is a founder of Girls Trip Tours and Girls MAP, which mentors a new generation of female leaders by providing opportunities to build the skills needed to thrive in the digital age.

Thank you to all of the volunteers who helped make Reunion a success.