Awarded to young alumnae who demonstrate exceptional promise or sustained achievement in her life, profession, or community, and whose work embodies the humane values which Mary Lyon exemplified in her life. 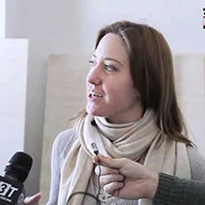 Lisa Ross Nonken ’03
Nonken’s talent as an artist working in sculpture, photography, and drawing has achieved rare recognition. Awarded the Roger T. Williams Prize from the National Sculpture Society and several prestigious residencies and grants, her art has been exhibited regularly throughout Connecticut and in Chicago, IL; Dayton, OH; Exeter, NH; and Siena, Italy. Her commitment to working with young people as part of Dayton’s Blue Sky Project Artist Residency and as the academic director and professor of fine arts at the Siena Art Institute ensure that her creative abilities will inspire future generations. Watch a video interview of Nonken. 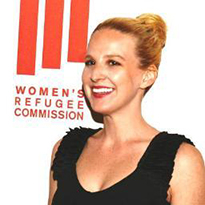 Emily Usher Shrair ’08
Shrair is a devoted advocate for social justice and an ardent defender of women’s rights. Since graduation, she has worked in Argentina with victims of domestic violence and their children, written grants for the Dominican Sisters Family Health Service, and managed communications at the Women’s Refugee Commission. Shrair founded Girl Got Grants, a collective that provides grant-writing services to secure funding for projects related to reproductive rights and health, economic development, educational opportunity, and women’s empowerment. Read an interview with Shrair.

Presented to alumnae whose accomplishments in the field of education exemplify the values and virtues set forth by the College. 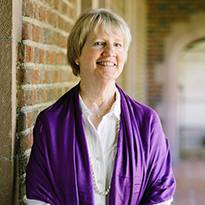 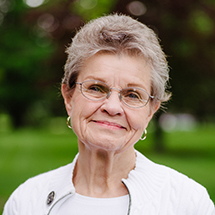 Elizabeth W. Bauer ’59
Bauer has fought for legal and human rights, access to education, and protection from abuse and neglect—often making personal sacrifices to attain these goals. She founded the Michigan Protection and Advocacy Service (MPAS) and negotiated amendments to Michigan’s Persons with Disabilities Civil Rights Act in 1989-1990. She also served an eight-year term on the Michigan State Board of Education, where her efforts led to the adoption of the Universal Education Vision and Principles. 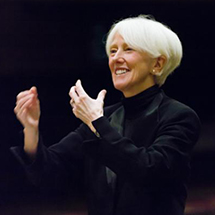 Marguerite L. Brooks ’69
Nearly thirty years ago, Brooks founded the Yale Camerata at the Institute of Sacred Music—a renowned vocal ensemble whose more than sixty members are students, faculty, staff, and experienced singers from the New Haven community. She is regarded nationally and internationally among the highest tier of conductors in the choral field and has conducted, taught, held master classes, and adjudicated in North and South America, Europe, and Asia.

Awarded for outstanding achievements that exemplify the ideals of a liberal-arts education through salaried or volunteer fields of endeavor. 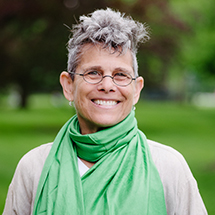 Joanna Mendl-Shaw ’69
As a director and choreographer Mendl-Shaw has repeatedly challenged convention, reinventing how audiences and dancers conceive movement and performance. She founded your first dance company, DanceWorks Northwest, soon after graduating from Mount Holyoke and is the recipient of two choreographic fellowships from the National Endowment for the Arts. Captivated by the bond of physical movement and intuition between horses and humans, she founded The Equus Projects/Dancing With Horses, a dance company that develops site-specific works with local horses.