It’s How We Handle the Unforeseen Crises that Defines Us 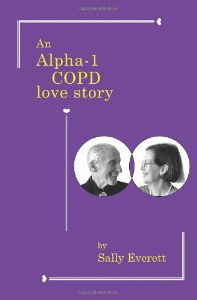 Nineteen years ago, Sally Everett ’65 was diagnosed with Alpha-1 COPD, a rare form of chronic obstructive pulmonary disease that gets progressively worse. Then a successful prosecutor for the New York state attorney general’s Medicaid Fraud Control Unit, she stayed on the job even as she received weekly infusions of Alpha-1 antitrypsin, a protein collected from healthy plasma donors. She now breathes with the help of an oxygen tank and will decide in the next twelve months whether or not to get on a waiting list for lung transplantation.

“You go through a period of mourning,” she says of those who recently diagnosed with a chronic disease. But then, just as she and her parents did after a sibling’s untimely death, “You make a new life.”

When Everett was a sophomore in college, her younger sister, Barbie, was thrown from a horse and died soon afterward. Her family was living in overseas, at the time, and Everett had taken a year off from MHC to attend the American University in Beirut. Returning home, she watched and listened to her parents for clues on how to cope with such a wrenching event.

Letting out her pain, crying as much as she needed to, and not being afraid to talk about Barbie was the approach her parents advocated. “You have to get out your feelings,” Everett says. And once you do, you have a choice to make: get on with the rest of your life, or feel sorry for yourself. She chose the former.

“That summer I learned that stuff happens in life over which we have no control. It’s how we respond when it does that defines us,” Everett writes in her recent book, An Alpha-1 COPD Love Story. That same approach has served her well as she grapples with her own fragile health.

Her response has been twofold. She has tried to find a cure for the disease through the Alpha-1 Foundation. And she has opened her heart to Gordon Snider, a scientist and physician (and Everett’s second husband), whose work in understanding emphysema gave patients like her new hope. His own battles following a debilitating stroke have made their life together tender and more fragile.

Retired since 2003, Everett originally wrote the book for her grandchildren, to underscore that even in life’s darkest moments “you always have choices.” It has struck a note with all kinds of readers, though, and in winter was rated number one by readers, and was number thirteen in sales in the respiratory-disease category on Kindle Books. As she plans on giving half of the proceeds from the book to the Alpha-1 Foundation and half to a fund for her grandchildren’s’ education, Everett is pleased.

Producing the book was also therapeutic. “Writing is a catharsis, it teaches you to know yourself,” she says. And she knows that for her, life is all about the love of family and friends. “Without them, I don’t think either one of us would be fighting so hard to stay alive.”