Don’t Wait to Be Asked: “2012 Project” Prods Women to Run for Elected Office 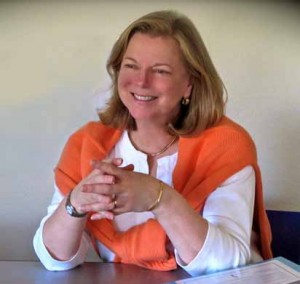 IN 2008, it seemed for a brief, heady moment that women were asserting their rightful place in national politics: Hillary Clinton ran for president, and Sarah Palin for vice president. But neither was elected, and the 2010 midterm elections proved a major setback for women in politics. For the first time since 1978, female representation in Congress actually declined. Today, women hold just 16 percent of seats in Congress. Only 12 percent of governors and 23 percent of state legislators are women.

Hoping to improve these statistics, political strategist Mary Hughes ’74 founded the 2012 Project, a nonpartisan national campaign to identify and encourage accomplished women over the age of forty-five to run for political office. The Project, a campaign of Rutgers University’s Center for American Women and Politics (CAWP), targets women from fields underrepresented in government.

The Project’s timing is intentional. This year’s congressional reapportionment and state redistricting create new open seats—and a once-a-decade opportunity for women new to politics. (Research shows that new seats are easier for political newcomers to win than those held by incumbents.)

“I want to engage women who are pioneers in their fields, who have already broken some glass ceilings. These women have expertise that’s in short supply in many state legislatures,” says Hughes, who was an American studies major at MHC. Here’s how she plans to do it.—Hannah M. Wallace ’95

H.W.: What difference do women make in Congress or a state legislature?
M.H: Women change the agenda, procedures, and content of policy making. They bring different perspectives, experience, and priorities into the discussion.

As early as 1991, CAWP researchers found that women legislators’ positions differed from their male counterparts on a range of issues. Women legislators were less likely than male legislators to favor the death penalty, rely on the free market to solve economic problems, or support building new nuclear power plants to solve energy concerns. This gender gap in policy positions remained consistent across party lines.

How does the 2012 Project recruit potential candidates?

We built a database of organizations and professional groups in eight areas (science and technology, finance, energy and environment, international relations, etc.) and told these organizations we’d like to present a program on public service and political office.

Our volunteers are sixty formerly elected women—former governors, speakers of their state legislatures, members of Congress—and they’re assigned to particular conferences. We try to make a match of expertise—a woman who served on a health committee in Congress might go to the American Medical Women’s Association, for instance.

At the end of [a conference] panel, we ask women in the audience who even remotely think they’d like to run for office to fill out a form. When we follow up, we find out more about them and see if they’re in a state with a particular opportunity. If a woman decides to take the next step, we introduce her to the fundraising networks, think tanks, and campaign boot-camp training programs. And we introduce her to the leadership of her party.

Do you specifically target women of color too?

How many women have you recruited so far?

By the end of March, 120 women had filled out the initial form expressing an interest in running for office; twenty-one of those are working with campaign resources to launch their candidacies next year. [Filing for office in 2012 does not begin until next year.]

How does the United States compare with other countries when it comes to women in elected office?

The United States ranks seventy-second internationally when it comes to gender parity, according to the Inter-Parliamentary Union. We’re tied with Turkmenistan and behind Kazakhstan and Honduras. Yet we have some very high-profile, powerful female players in politics. So there is a very interesting disconnect.

A series of reasons. They don’t run because they continue to be primary caregivers of their children. And as we all live longer, many of them take on the responsibility of eldercare as well. Families are central.

Another factor is privacy. Women are very reluctant to put teenage children, a spouse, and themselves in front of that kind of scrutiny. Then there’s the negativity and partisanship. Incumbency is a big issue. We have an incumbency rate of 96–97 percent. For a lot of women, politics is foreign to begin with. How does it work? How do you get into it? The lack of a road map is a deterrent. A lot of women think, “If I’m serious about poverty or want to eliminate illiteracy, I’m going to join the board of a nonprofit, start an organization, or volunteer.” That seems a more direct route to a solution.

Scholars will tell you that the most significant [reason women don’t enter politics] is that no one has asked them to run. Men say that they ran because they were interested in a career in politics. They self-nominate. Women, by and large, are recruited.

Is there any proof that women are better than men at reaching across the partisan divide?

A new Stanford-University of Chicago study shows that women in Congress sponsor and cosponsor more legislation than their male colleagues do. They bring more federal resources and assistance back to their districts. They get more cosponsors for their bills.

CAWP studies show that women politicians tend to carry legislation that improves the lives of women and their families. Can you give a few examples?

In 1992, we added twenty-four new women in the US House. In the direct aftermath of this so-called “Year of the Woman,” there was a lot added to the agenda, and this changed the outcome of policy discussions. For example: until 1991, almost all clinical research done by the National Institutes of Health was done only on white males, but results were assumed to apply to women. After 1992, Congresswomen Pat Schroeder (D-CO) and Olympia Snowe (R-ME) led their female colleagues in forcing the NIH to include women in clinical trials.

Is there a tipping point after which we can see a tangible change in national policies?

Most organizational behaviorists who have looked at the impact of minority groups on a majority say you need to be at 30 percent before you have an impact. We sit in the Congress with 16 percent. We don’t know what 35 percent women might mean in terms of focus, procedures, and outcome.

Why not encourage women under forty-five, as well?

We recognize the reality of younger women’s lives. People move around a lot before they put down permanent roots. It takes time to build the community networks that will support a candidacy for public office.

Also, it was important to me that the 2012 Project not infringe on anybody else’s territory. There are already organizations focused on younger women: Running Start, EMERGE America, and Ready to Run.

The 2012 Project is nonpartisan. How do you feel about promoting candidates whose positions limit women’s choices and freedoms or whose views are seen as antifeminist?

We do not promote candidates. We connect them to resources that can help them launch a successful candidacy. Partisanship is one of the reasons women are put off by politics. So, in this one election cycle, it seemed like a good idea to approach nonpolitical women from a nonpartisan standpoint and get them to engage.

Aren’t women’s-college alumnae an ideal source for the 2012 Project to tap into?

The Women’s College Coalition is very interested in our project, and we’re in the process of figuring out how we can send speakers to alumnae association events and reunions.

Have you ever run for public office?

No. My mantra is “one per household.” My husband is a state senator. Trust me, one is enough!

RUN, WOMEN, RUN!
If you’re considering a run for office, or belong to an organization in one of these fields—energy, environment, finance, health, international affairs, science, small business, or technology—visit the2012project.us. You can help increase the number of women in elected office.