A Short History of Philosophical Ideas about Infinity

Note: This article is part of “What Everyone Should Know About…”, a Quarterly series by MHC professors.

Almost the earliest pieces of writing we possess speculate and argue about the infinite. Greek philosopher Zeno’s paradoxes are probably the earliest. One of them (written in the fifth century BC) concerns Achilles, fleetest of foot of all the Greeks, who is to run a race with a tortoise. He gives the tortoise a ten-meter start. He runs ten times as fast as the tortoise, but cannot ever overtake him. Why not?

By the time Achilles reaches the end of that one meter, the tortoise is still ahead, by ten centimeters.

By the time Achilles reaches the ten centimeters, the tortoise is still ahead, by one centimeter.

The same logic can make movement itself seem impossible. To walk across a room, you must cross the final half of the room, but before that you must cross a quarter of it, and an eighth before that … But it is impossible to cross an infinite number of finite spaces. So you can’t move.

Nearly 400 years before Christ was born, Aristotle worried about this and other puzzles concerning infinite divisibility. He was also worried about the infinitely big. The universe, he thought,couldn’t be infinitely big. If it were, then half of it would also be infinite.What makes the whole infinite bigger than half of it? Apparently nothing;they’re both infinite, so they must be the same size. But they can’t be the same size, since one is half of the other. Aristotle raises a number of other objections, and concludes that the universe must be finite. Looking at the stars above him, he concludes that space consists of a huge (but finite) sphere with the earth at the center.

As soon as Aristotle suggested this,someone asked what was on the other side of the sphere. Still, the idea kept almost everybody happy for well over a thousand years, which is a pretty good run. In the third century BC, Archimedes calculated the number of grains of sand it would take to fill Aristotle’s universe. In the Middle Ages, Saint Thomas Aquinas endorsed Aristotle, and the view became the orthodoxy of the church.

Things changed when Renaissance scientist Copernicus argued that the earth was not the center of the universe.People thought that maybe other things were wrong with Aristotle too, such ashis ideas about a finite universe. In the seventeenth century, Galileo was one of these dangerous thinkers, and he raised an independent puzzle about the infinite. Roll a doughnut along its edge, which is about 30 cm long. At anytime, only one point of the edge touches the table, and only one point of the circumference of the hole in the middle is above that point. So there are as many points along the edge as around the inner hole. But say the inner hole is 10 cm around. Then there are as many points in 30 cm as there are in 10 cm. And if wehave various freak doughnuts with unusually small holes, there are as manypoints in 30 cm as there are in 1 cm, 1 mm, or the circumference of an atom.

Analogously, suppose you’re a desk clerk at the Hotel Infinity. All your infinitely many rooms are full, but someone new turns up. Must you turn that person away? No. Move the occupant of room 1 toroom 2; the occupant of room 2 to room 3, and so on. Room 1 is now vacant for your new person.

If infinitely many new people show up,you can still be accommodating. Room 1 goes to room 2, room 2 to room 4, room 3to room 6 and so on. Since all the room numbers doubled, and thus became even numbers, you can now put the infinitely many new people in the (now vacant)odd-numbered rooms. There must be as many even numbers as there are numbers,since there are infinite rooms, whether they are even- or odd-numbered. We can put all of the numbers, without residue, into just the “rooms” occupied by the even numbers. 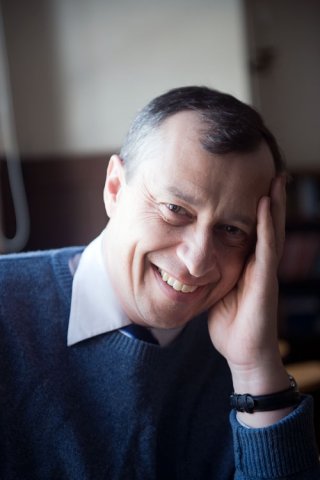 Cantor also proved that the number of fractions was equal to this infinite number, which he called Aleph-null. Most remarkably, he proved (by what is called the diagonal argument, which is worth looking up) that there was more than one infinite number. The number of points around the circumference of a doughnut is, in an important sense, greater than aleph-null, even though aleph-null is infinitely big. He called this new number Aleph-one, and he conjectured, but could not prove, that there were no infinite numbers in between Aleph-null and Aleph-one.

Cantor’s work met with considerable resistance, but eventually won the day, and is now almost universally accepted.Almost universally. There remains a tiny minority of mathematicians called intuitionists, or constructivists, who don’t believe that we can really understand the idea of an infinite totality. In the twentieth century, these were joined by philosophers, who questioned whether it is possible to understand Cantor’s view of infinity.

I agree that we cannot completely understand the idea of the infinite, but explaining why would take me, well not quite an infinitely long time, but longer than this article allows.

Sam Mitchell is associate professor of philosophy at MHC . He loves getting students interested in what he calls “weird stuff.” This article appeared in the summer 2009 issue of the Alumnae Quarterly.

Discuss infinity (briefly, or endlessly) by posting your comments below.

3 responses to “A Short History of Philosophical Ideas about Infinity”