Lessons from the Financial Crisis 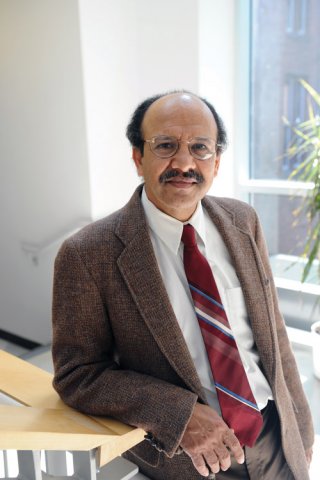 What everyone  should know about…
A Quarterly series

A number of factors created a financial crisis this fall bigger than any seen since the Great Depression. These included easy money (low interest rates), deregulation since the 1970s and lax regulation under the Bush administration, bank and mortgage dealers aggressively pushing housing loans because complex packaging of mortgages into securities let them pass the risk on to others, and management’s focusing only on short-term bonuses and operating with exceedingly high debt. Any one of these is bad enough; combined, they created the perfect storm. With financial markets integrated worldwide, the crisis inevitably went global. The crucial questions now are, will the short-term solutions work and what can we learn for the future?

Stock-market declines were inevitable due to the ongoing recession, but the size of the declines (about 40 percent from peak for the Dow Jones Industrial Average as I write in mid-October 2008) suggested a lack of confidence in the short-term solutions of piecemeal bailouts, pumping liquidity into the financial system, and the EEA (Emergency Economic Stabilization Act of 2008, aka “the bailout” of Wall Street).

The crisis is global and the solution must be also. A coordinated response by the European Union and United States—based on the British intervention, which included buying bank shares, guaranteeing interbank loans, and more deposit insurance for savers and businesses—produced a favorable financial-market response initially. More important, there were signs of a thaw in the credit crunch, and financial institutions resumed lending.

The other good news so far is that aggressive action by the Federal Reserve and other high-income nations’ central banks—injecting liquidity into markets and giving assurances to depositors—has contained widespread bank runs, which had devastating consequences during the Great Depression.

Falling stock-market values amount to financial-investor forecasts of a deep and prolonged recession. The market drops also act as a self-fulfilling prophecy by wiping out trillions of dollars of wealth, which hurts both consumption and investment. While current solutions are directed at the financial crisis, the broader purpose is to help restore economic activity.

What the Bailout Should Do

Restarting the Flow of Credit and Confidence

Due to the credit squeeze, businesses and consumers saw their credit lines shrink or loans denied. Since credit for state governments, businesses, and consumers fuels the economy, a lack of credit can arrest economic activity. The purpose of the bailout package is to restore confidence in the financial system for institutions operating within it and for the general public. One mechanism adopted for doing this is to buy bank equity so that banks have more funds and consequently there is more mutual trust within the financial system.

The securities that no one currently wants are not inherently valueless. But since subprime and regular securities were bundled in complex ways to share risk, valuation has become more difficult. If a price can be established for these securities, people would feel more confident buying them. This could also help restore the flow of credit, because institutions selling these securities for cash could renew lending. As the credit spigots open, credit for small businesses and consumers would become available and economic activity would resume.

Help for the Housing Market

Despite all the news about home foreclosures, most homeowners still pay their mortgages, providing regular income flow for those invested in the housing market. A comprehensive solution needs to protect this inherent value by providing more support for the housing market, particularly by providing mortgage readjustments for homeowners ensnared by predatory lending. The EEA provides for this via the Hope for Homeowners program.

Once the housing market recovers, the securities that the government procures from the financial markets—whose value is currently unclear—would gain value. Then taxpayers could come out of this at least even and perhaps ahead.

What We Should Learn

Like generals, politicians fight previous battles. Politicians are now discussing re-regulation, including more oversight and limits to overextension of debt, to prevent such crises in the future. That’s a good start, but it won’t solve everything, because financial markets evolve rapidly, partly to avoid regulation, and will do so again.

The federal government needs to recruit some of the smartest financial brains around to foresee future problems. While this will not be cheap, it would be a worthwhile investment. Franklin D. Roosevelt understood that it took a thief to catch a thief in the financial sector, so vigilant monitoring of these institutions and early warning of potential troubles are imperative.

It is unlikely that the Federal Reserve will be as complaisant about “bubbles” (overvalued assets, such as we saw recently in the housing market) as it has been in the past. It is counterproductive for a Fed chair to state, as Alan Greenspan famously did in 1996, that there is “irrational exuberance” in the markets while the Fed pursues easy-money policies that fan the exuberance, and deals with the fallout with more easy money, which generates more bubbles. This is how some economists characterize events from the dot-com bubble (1995–2001) to the current housing and financial-asset bubbles.

Too much consumption in the economy is driven by credit, and too much public and private investment is driven by foreign credit. The current financial crisis underscores how America’s culture of overconsumption has made individuals and the economy vulnerable. Ironically, our current consumption pattern is a byproduct of the Great Depression, when lack of consumption was diagnosed as a problem.
Going shopping was deemed the best domestic response in a moment of national crisis after the 9/11 attacks. The government, financial institutions, businesses, and individuals have all participated in creating a highly credit-dependent society that represents the Achilles heel of an otherwise strong economy.

Today, we need to reward saving, not penalize it—just ask a parent who saved for a child’s college education about the penalties. It is time to restore balanced incentives for savings and sensible policies for protecting them, by preventing recurrences of financial disasters that are a major deterrence to such savings.

Shahrukh Rafi Khan is a visiting professor of economics at MHC. This article appeared in the winter 2009 issue of the Alumnae Quarterly.

Learn More: Listen to Khan speak about the economy.

One response to “Lessons from the Financial Crisis”