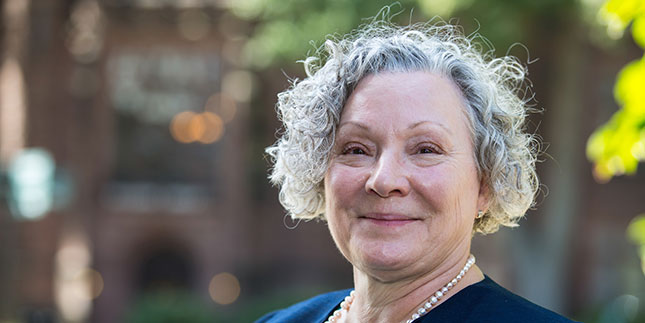 At the Annual Meeting held during Reunion alumnae approved the slate of incoming officers to the board. Among those alumnae who began a term in July is Maria Z. Mossaides ’73, who joined the board as president-elect for one year before becoming president in July 2018.

The president-elect position reflects a change in the bylaws of the Association. Current president Marcia Brumit Kropf ’67, whose three-year term was extended by a year, will continue until 2018. “This new role provides for clearer continuity,” says Kropf. “It provides the president-elect with the opportunity to become acclimated to Alumnae Association operations and to develop relationships with the staff, as well as partners at the College, before taking on the role of president.”

Professionally, Mossaides has had a long career in social services. In 2015 she was appointed by Massachusetts Governor Charlie Baker as the state’s child advocate. Previously she served as executive director of Cambridge Family and Children’s Service.

Mossaides, who lives in Worcester, Massachusetts, is the current cochair of The Mount Holyoke Fund and has served in a number of volunteer roles for admission, her class, and the Association—most recently as a member of the Alumnae Trustee Committee. Her daughter, Sophia Apostola, is a graduate of the class of 2004.

This article appeared as “Alumnae Association Names President-Elect” in the summer 2017 issue of the Alumnae Quarterly.