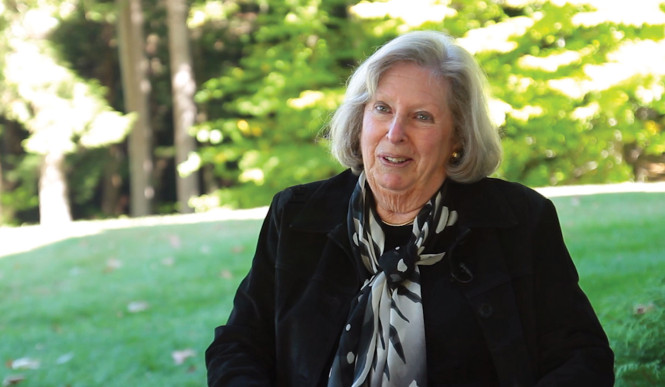 In November Judith Olans Brown ’62 received the Lelia J. Robinson Award from the Women’s Bar Association at a gala celebration in Boston, Massachusetts. Since 1994, the award has been given annually to women whose trailblazing approaches to changing the legal landscape and greater community echo that of Lelia J. Robinson, the first woman admitted to the Massachusetts bar.

Brown, a 1965 graduate of Boston College Law School, was one of the first women to serve as a clerk to the Supreme Judicial Court in Massachusetts, be appointed to the Board of Directors of the Lawyers’ Committee for Civil Rights, and achieve the position of tenured professor at Northeastern University School of Law. Her scholarly focus at Northeastern, where she taught for thirty years, was equality in the workplace, and her efforts to expand legal and civil rights for women and minorities defined her professional life.

Retired from Northeastern since 2001, Brown teaches constitutional law courses in continuing education programs at Dartmouth and the University of Arizona. She attributes her pursuit of a career in law to her undergraduate experience. “Going to Mount Holyoke really taught me that being smart was a good thing,” she says, “Women in the workforce were oddities, but Mount Holyoke gave me the impetus and courage to go for it when I realized what I wanted to do.