It was late in the day at a regional meeting of hazardous waste managers, and the session Ann Blake ’85 was attending was wrapping up—or, rather, trying to wrap up.

“There were two hands still up,” she recalls—hers, and one belonging to a woman sitting on the other side of the room. “We were both continuing to ask probing questions, and the rest of room was like: ‘Will you stop already?’” she says with a laugh.

When the session finally ended, Blake, an environmental and public health consultant, sought out the other persistent questioner to introduce herself—and she promptly discovered that she was a sister Mount Holyoke alumna, Aimee Boulanger ’90. (Not that that was especially surprising, Blake says: “We get around.”)

Their alma mater wasn’t the only thing Blake and Boulanger had in common. As the two chatted, they soon realized that they shared a connection to Women’s Voices for the Earth, or WVE, a small but influential nonprofit based in Missoula, Montana. Blake serves on WVE’s board of directors and has contributed research to several of the group’s reports. Boulanger, like Blake an environmental health consultant, served as the organization’s executive director from 2002 to 2005 and later sat on its board; she remains a close supporter of WVE. 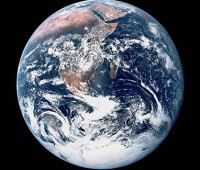 See which products list all ingredients and have committed to leaving out toxic chemicals.
Web exclusive

WVE (pronounced “weave”) works to eliminate toxins in common consumer products, with a particular focus on products for women, who are exposed at a disproportionately high rate to dangerous chemicals in cleaning products, cosmetics, and other personal-care items. WVE does this by tapping into women’s passions for environmental justice and leadership.

In our society, women are still largely expected to assume roles of service and support, Boulanger points out. The inequities in this expectation notwithstanding, she says, “it makes sense that women be given added resources, tools, ideas, and support to ascend as leaders to translate this expectation . . . into broader societal-level power, to create positive social change.”

WVE’s mission is deceptively simple: to “amplify women’s voices to eliminate the toxic chemicals that harm our health and communities.” The group does so by raising public awareness of the risks of those toxins, pressuring corporations to change their manufacturing processes, and lobbying for stricter governmental regulation.

In 2013, WVE’s groundbreaking report “Chem Fatale” outlined the numerous hazardous components commonly found in feminine-care products such as tampons, pads, and douches—components that have been linked to cancer, reproductive problems, allergic reactions, and infertility. The report led to WVE’s high-profile “Detox the Box” campaign, which demands that the industry clean up its act. Specifically, the campaign targets a major player in the feminine-care industry—Procter & Gamble, maker of Tampax and Always products—calling on the company to end its use of problematic ingredients. It does so, in part, via a hilarious, albeit not uncontroversial, video spoof of a popular Saturday Night Live skit. 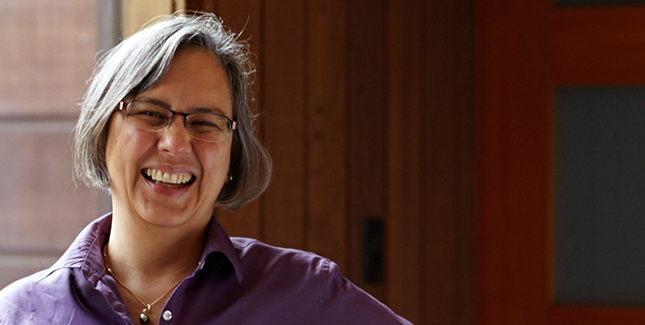 “People assume because it’s on the market, it’s safe,” Blake says. But that is an incorrect, and perhaps even dangerous, assumption to make.

United States consumer-protection laws, Blake notes, have a benefit-of-the-doubt bias, a built-in assumption that a product is safe until proven otherwise. As a result, she says, “most of what’s on the market has not even been tested.” And another key issue, Blake continues, “is the unknown impact of multiple, low-level, daily exposures to chemicals over a lifetime or at critical times of development.”

This lack of data is especially worrisome for women, adds Boulanger. “The vast majority [of these chemicals] haven’t had any health testing at all, and those that have, have been mostly tested for their impact on men,” she says.

Boulanger first learned of WVE when she moved to Montana to work for another environmental group. “When I heard the name of the organization alone, I thought, ‘that’s the organization for me,’” she says.

The vast majority [of these chemicals] haven’t had any health testing at all, and those that have, have been mostly tested for their impact on men.
—Aimee Boulanger ’90

Often, women of color are at particular risk. For instance, as the “Chem Fatale” report notes, African-American and Latina women use douches and vaginal sprays at a higher rate than white women and therefore are exposed to more of the toxins in those products. WVE also works with Vietnamese women, who make up a large portion of nail-salon employees and are exposed to chemicals in their trade.Why focus specifically on women and environmental health? That’s a question that’s often asked of WVE, says Boulanger, who points to the numerous ways women’s issues and environmental issues overlap. The chemicals that are of most concern are lipophilic—or tend to migrate to fat. Because women have a higher percentage of body fat than men do, their bodies absorb and accumulate more toxins, putting them at higher risk. Women also use more personal-care products—including some, like tampons and douches, that are used inside the body. And they can pass on chemical exposures to their children during pregnancy and through breastfeeding. In addition, because women continue to do more housework than men and are more likely to be employed as cleaners, they are also more likely to be exposed to toxins in cleaning products.

WVE’s work, Blake says, is about social justice as well as environmental justice. And the group is not afraid to take on bigger cultural problems, from issues of race and class that leave certain groups of women more vulnerable to toxins to societal messages that drive the feminine hygiene industry by preying on women’s insecurities, including, as Blake puts it, “That whole body-image thing. ‘You don’t want to be dirty down there.’

“That, to me, is why WVE’s work is so crucial and necessary,” she says.

While women may be at greater risk than men for some toxic exposures, they can leverage power, starting with their influence as consumers. Women, Boulanger notes, “continue to be the lead decision-makers about the products they buy for the home,” including cleaners, personal care products, and food.

For many women, a trip to the grocery store can be a maddening experience, with seemingly every purchase calling on them to sort through the latest news about product safety. “What parent hasn’t been in that situation where you’re completely overwhelmed by this?” asks Boulanger, herself the mother of two young daughters. “Which sunscreen? Tuna: yes or no? Which organic vegetables should I spend my money on?”

WVE works to provide women with reliable information about product ingredients so they, in turn, can “leverage their power as consumers” to persuade corporations to make healthier products, she says. “Women are writing in [to companies] and saying, ‘I’m not going to use that nail polish, or buy that tampon brand, until you remove this particular chemical,’” she says.

But consumer activism is only part of the solution. “We can’t shop our way out of this,” Boulanger says, noting that sometimes public pressure to get a manufacturer to stop using a particular dangerous chemical can result in the company simply switching to a different, but equally bad, one.

Boulanger notes that there are leading green companies pioneering less-toxic product development, and both she and Blake applaud their work. But WVE will continue to press the bigger, mainstream companies to do the same, beginning with pushing for disclosure of ingredients, so that when women make their purchases they can be sure all products are safe—not just those that are the more expensive options and/or sold at natural foods stores.

What we need, Boulanger says, are broader approaches to keep dangerous chemicals out of products in the first place. WVE supports passage of a federal Chemical Safety Improvement Act, a long-overdue update to the Toxic Substances Control Act of 1976, and calls for amendments to make the reform bill even stronger. While the bill has bipartisan support in Congress, not to mention the backing of many environmental and public health organizations, its progress has been slow. Pressure from female voters—regardless of their party affiliations—could help move the reforms forward.

Blake and Boulanger both describe their experiences at Mount Holyoke as key to their understanding of women’s leadership potential.

We come knowing that we want to change the world, and it gets honed at Mount Holyoke.
—Ann Blake ’85

Mount Holyoke, she says, was where she and her classmates developed the confidence to become leaders in their fields. For Blake, that has meant a career that includes almost a decade working for the California Environmental Protection Agency’s Department of Toxic Substances Control. In 2002, she founded a consulting firm in Alameda, California, where she lives with her husband. She also serves on a state panel on the implementation of California’s “Green Chemistry” initiative to reduce the use of hazardous chemicals in manufacturing.Blake grew up in Bangkok, where her parents worked for the United Nations. Going to college in the States, she says, made sense because she had US citizenship through her American-born father. (“It was also about getting as far away from home as possible while remaining on the planet,” she acknowledges.) While she chose Mount Holyoke sight unseen—it was too far from Bangkok for her to visit—“it turned out to be a great fit,” she says, “I’d grown up in big Asian cities, and here was this paradise of a little rural area.”

“We come knowing that we want to change the world, and it gets honed at Mount Holyoke,” says Blake, who joined the College’s Board of Trustees in 2012. Studies show that graduates of women’s colleges go on to assume leadership roles at much higher rates than their peers at coed schools, she notes, saying, “Until that’s not true, there’s a place for us.”

Boulanger grew up with a strong sense of the importance of social responsibility, which she attributes to her mother, an early-intervention nurse who works with babies with disabilities. “I went [to Mount Holyoke] thinking I wanted to do something to change the world, but I didn’t know what that would be,” she says.

The answer came in an environmental geology course, where Blake learned about the dangers posed when pesticides find their way into groundwater. “I left every single class absolutely electrified,” she says. “Here was this very relevant way to take this intellectual learning and channel it into making the world a better place.”

Boulanger has worked for the Alaska Center for the Environment, the Sierra Club, and the Institute for Children’s Environmental Health. Today she lives in Washington State and is the coordinator for both the Initiative for Responsible Mining Assurance, which works to create a global standard for responsible mining practices, and the state chapter of the nonprofit Collaborative on Health and the Environment.

Boulanger and Blake share a desire to use science to effect tangible, positive change, and that’s what drew them to their work with WVE, an organization that’s making a real impact. A public campaign by the group recently helped persuade SC Johnson to agree to disclose on product packaging the chemical fragrances used in its air fresheners and cleaners, including Glade, Windex, and Pledge. And last year, Procter & Gamble removed a carcinogenic chemical from Tide laundry detergents after being called out by a WVE report. WVE is focused now on demanding that Procter & Gamble disclose the chemicals in their Tampax and Always products.

It’s a victory Blake seems confident will come. “While WVE may be a small organization based in Montana, there is a collective effort across the country of thousands of ‘actionistas’—independent advocates for change—who are willing to engage the attention of the consumer products industry and regulators,” she says. “Together we’re effecting significant change.”

Maureen Turner is a journalist from Northampton, Massachusetts.