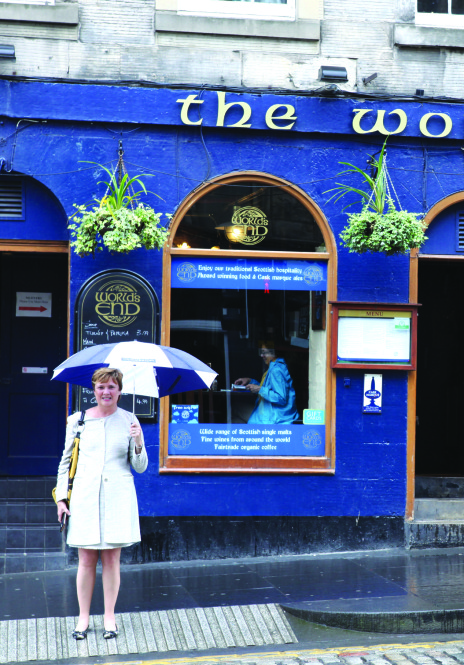 n June President Lynn Pasquerella ’80 joined the Alumnae Association-sponsored voyage “In the Wake of the Vikings” with thirteen sister alumnae and their guests.

The seven-day cruise began in Glasgow, Scotland, stopped in the Outer Hebrides and the Shetland Islands of Scotland, passed through the fjords of Norway, and concluded in Copenhagen, Denmark.

Toward the end of the trip, alumnae gathered on the observatory deck of the ship for a reception. “What an amazing group of women! We told stories, hugged, laughed, took photos, and sang the alma mater,” said President Pasquerella. “I can’t think of a better way to welcome the summer than with this extraordinary group of funny, brilliant, talented Mount Holyoke women and their traveling companions.”

» Learn more about travel opportunities with other alumnae, including a winter trip to Australia and New Zealand that President Pasquerella will join. 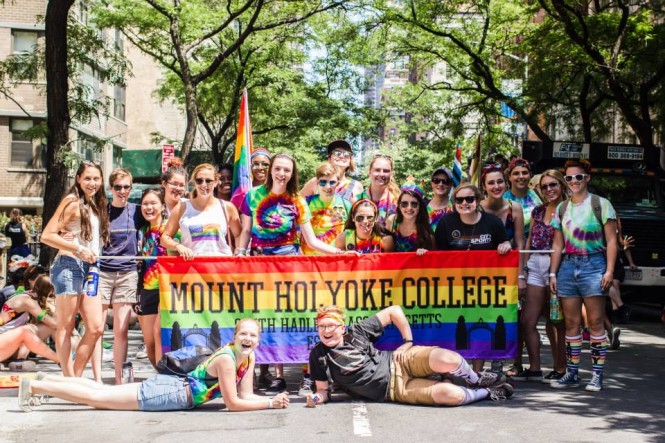 In June a group of nearly 100 Mount Holyoke students, staff, and alumnae from the classes of 1985 to 2014 marched together at the New York City Pride Parade—the largest civil rights demonstration of its kind. Sarose Klein ’15 organized the contingent as part of a special Lynk-UAF supported internship in which she studied event design.