Crusading For a Cause

After suffering personal loss, alums reach out to help others 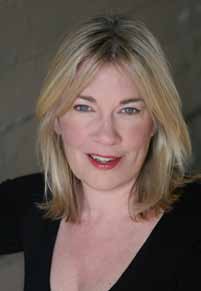 Deborah Morosini ’80 is a doctor. She appreciates logic and has a great deal of respect for science, but in certain areas of her life, she finds little need for cold, hard facts. She knows what she knows, and it is this: when she has a question, her sister, Dana, always has an answer.

That has, perhaps, been the mortar holding together the proverbial bricks of her life for the five years since Dana’s passing. Without such blind trust, Morosini might not have made it as far as she has. And she has made it far.

After Dana died of stage IV lung cancer in 2006 (just a year after their mother died, and two years after Dana’s husband, actor Christopher Reeve, died), Morosini might have been most comfortable crumpled up on the floor. She had every right to grieve.

But what she chose, instead, was to increase awareness of the cause of her sister’s death, one even Morosini didn’t fully understand. Most people don’t understand lung cancer, and they certainly don’t know that the disease can touch healthy nonsmokers such as Dana. Morosini’s commitment to raising awareness is why she isn’t crumpled up on the floor. She is, instead, fighting—fighting for Dana’s memory, and fighting for the lives of those who still have a chance.

As someone genuinely interested in the stories of others, Morosini is a natural advocate. She pursued a master’s in social work at New York University because she wanted to understand the stories that created people’s lives, then help change those stories. During medical school, she worked as a national sales manager for a prestigious textile company, traveling the East Coast to tell the story behind each piece of fabric.

She became a pathologist because she loves science. She uses the microscope to tell a story about a cell or a piece of tissue. As a principal pathologist in oncology research and development for AstraZeneca pharmaceuticals, she works with colleagues around the world, talking about oncology drugs and influencing opinion with stories about her research.

Influencing others requires confidence, skill, and a desire to share what you know. Often, it requires changing people’s minds. And that can change lives. Getting to the life-saving part, however, can be tricky, particularly when the subject is muddied by misinformation and social stigma. “Smoking is one of the causes of lung cancer, and when you’re told something is bad, you think if someone is doing it, they’re bad,” Morosini notes. “When I was a medical student, I used to wonder why I had to take care of people who did this to themselves, but, really, the message is that no one deserves cancer.”

The larger message is that lung cancer can affect anyone. Morosini’s sister had not been exposed to any contagions linked to the disease, save for occasional second-hand smoke. She lived a clean life.

Lung cancer doesn’t seem to care about clean lives; healthy, nonsmokers are not immune to the disease. According to the Lung Cancer Alliance, lung cancer is the leading cause of cancer death in women in the United States, claiming the lives of more women each year than breast, ovarian, and cervical cancers combined.

That was shocking news even to Morosini. “I read the New York Times. I’m a doctor. My father is a doctor. My sister died of lung cancer. If I’m this ignorant, there must surely be a lack of general awareness,” Morosini reasoned.

This significant leap forward is due, in no small part, to work from passionate advocates such as Morosini.

During the last five years, she has traveled from Santa Fe to Indianapolis, Oklahoma City to Capitol Hill, giving speeches and serving as guest of honor at more than thirty hospitals, press clubs, benefits, and conferences. She has appeared on television and on the radio, and is on several boards focused on lung-cancer awareness and research. She has devoted countless hours of her own time—beyond her day job—to the cause, increasing the visibility of the disease by sharing her sister’s story.

Her indefatigable spirit seems to run in the family. Morosini’s brother-in-law was Christopher Reeve, best known on film as Superman. After a riding injury left him with a severe spinal cord injury and unable to breathe without the help of a tube, Morosini’s sister Dana fought alongside him, for six years, to increase funding for spinal-cord research. Together, they changed the way the medical field understands and treats the injury, raising money, awareness, and hope.

Only nine months after Christopher’s death, Dana fought her own battle. By the time she went to the doctor to discuss a persistent cough, she had seven months left to live.

Morosini knew she wanted to honor her sister’s memory, and could think of no better way of doing so than by telling Dana’s story to as many people as possible. By connecting with people’s love for Dana, she could use that energy to move them to action.

“When I started this, I thought a lot about the state this disease was in,” Morosini recalls. “This really is about moving mountains, and is what Chris had to do with spinal cord injury, a disease no one really studied. I asked myself how Dana would do this. She would be inclusive, accessible, and loving. I tell her story as a way of engaging people’s hearts. When people’s hearts are open, they are emotionally with you. I tell them I need their help. This is my call to action.”

Her sister would be proud.

“As a scientist, I don’t talk much about my spiritual side, but I feel it’s so important, and has stayed with me this whole time,” Morosini explains. “I hear Dana’s voice. I feel very much like all of my steps have been guided by asking my sister what I need to do.

“If you’re doing this without a connection to your soul or a greater wisdom, this is just dirty work. To be inspired to do this, there has to be an element that is nourishing to you. This isn’t fun. It’s complicated and confusing, and can be really discouraging. The way I’ve found to go through it is by speaking my truth.”

That truth is also Dana’s truth, and the truth of millions of others living with lung cancer. That Morosini has stepped up to represent an underrepresented population speaks volumes about her belief in the power of overcoming challenge with conviction. It’s a challenge for the long haul, to be sure, but Deborah Morosini is ready. With Dana by her side, everything is possible.

FIGHTING for What Matters

Deborah Morosini isn’t the only alumna turning a personal challenge into a wider cause, going to great lengths to fight for what matters. Here are glimpses of five others and the issues they champion.

Kristin Davis ’88
Domestic violence survivor
When you’re an intelligent, confident woman, cowering in the corner of your bathroom, fearing for your life, you have a choice to make. Stay and die, or get out and live. Davis chose the latter, and is helping domestic violence victims find the strength to do the same, through her blog, orderofprotectionsurvivor.blogspot.com.

Kate Robotham Conway ’98
Breastfeeding advocate and educator
When Conway was told she couldn’t nurse her own child because of her Crohn’s disease medication, she turned the personal challenge into a quest to educate mothers, physicians, and hospitals about the benefits of breastfeeding. Gradually, myths about the practice from the medical community, formula companies, and society at large are becoming less pervasive, and many doctors who previously handed out formula kits are now distributing her Boobies for Babies kits. Read more at mymammasmilk.com.

Kathy McGuire ’67
Educator and creator of a program for those with ADHD
When McGuire’s son was labeled as having Attention Deficit Hyperactivity Disorder (ADHD) in first grade, she searched for ways of encouraging his normal, active, hands-on learning style. She found that, while some teachers and administrators were willing to work with his learning style, many were not. McGuire had to advocate heavily on behalf of her son, and faced many setbacks, but learned to celebrate her successes. She turned her frustration into a self-help business model designed to teach people new and creative ways of focusing and finding acceptance in their unique learning styles. Read more at cefocusing.com.

Andrea Beach Morton ’05
Connecting women who have experienced pregnancy and infant loss
After the loss of her son by miscarriage in May 2010, Morton was left feeling alone and heartbroken. She turned online for help and met a woman who started a Web site, Faces of Loss, Faces of Hope, after losing her daughter. They teamed up to grow the site, which offers women a place to share their stories and find support from others suffering pregnancy and infant loss. Their Face2Face program offers support groups for women across the country, and they are working on a booklet for hospitals and clinics to give to women who have experienced a loss. Read more at facesofloss.com.

For more about Morosini’s work raising awareness about lung cancer, visit deborahmorosini.com or lungcanceralliance.org. To share your crusade for an important cause, visit alumnae.mtholyoke.edu/goodcause.