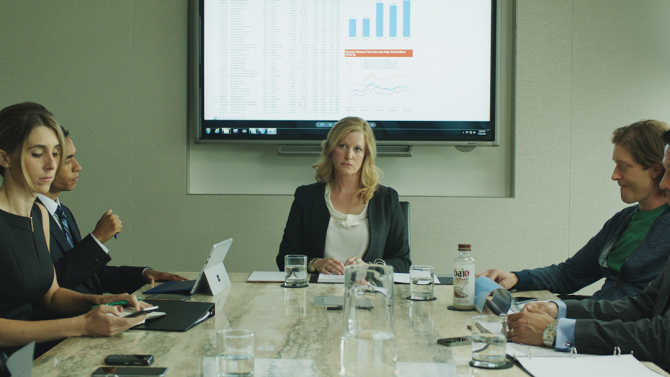 Former College trustees Audrey McNiff ’80 and Barbara Moakler Byrne ’76, both investment bankers, have taken on an exciting project as funders and co-producers of Equity, a new film by screenwriter Amy Fox and director Meera Menon.

Touted in the press as the antidote to the glut of male-dominated Hollywood stories about life on Wall Street, Equity lives up to its name in delivering a financial thriller that showcases powerful female characters.

Sarah Megan Thomas, a co-star and producer, called Byrne directly, saying that she had been told that no one would support a film like this about women, but asked if she would consider reading the script. “Before I did, I compulsively said, ‘I will give you $100,000 and help you raise money from other women,’ Byrne recalled. “I did it because I could. I did it because she impressed me with her dedication and focus. I called several other people, and they said they were in. It caught on like wildfire.”

After that, Byrne did read the script, which portrays a demanding, competent, and competitive senior investment banker, who is female. Byrne also shared her own experience as an investment banker, giving feedback and opening her office to the cast, director, and producer so that they could see what the environment was really like. “I spent time with Anna Gunn [who stars in the film],” Byrne said, “She instinctively understood where the screenwriter was off when portraying this woman. They had the investment banker being rude to her assistant—she said that just wouldn’t happen. Any woman who has risen to that level has to have someone who has her back.” And, Byrne continued, “Although the main woman in the movie is cutthroat, my experience in this business is that most women are very supportive.” 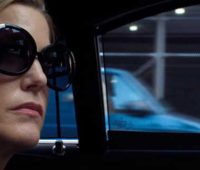 Watch the trailer for the film
Web exclusive

Equity is perhaps the first female-driven film narrative about Wall Street since the 1988 comedy, Working Girl, and certainly the first ever written, directed, and financed by women. After being shown at Sundance Film Festival in January, Equity was sold to Sony Classics, who will release it on July 29 in Los Angeles and New York City. Broad distribution is scheduled for September. Byrne also has a cameo role in a scene where they are pricing an IPO. (Look for the woman wearing a blue suit.)

“The most fun part about being involved was being able to reach out to a network of senior women who are supporting these young women and their stories,” Byrne said. “There is a sisterhood in that.”