Lyons in a Bear Market

Uncommon women in business thrive against all odds

A 2012 study by Ernst & Young found that businesses owned by men are three-and-a-half times as likely to reach $1 million in annual revenues as are businesses owned by women. Why the gap? The study cites factors such as lack of access to capital and influential networks. The message for would-be women entrepreneurs couldn’t be clearer. Women need to leverage their networks—including other women—to help them build successful business ventures and sustain them. 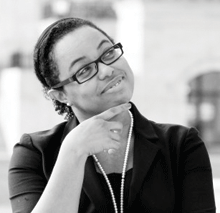 Kelley “Kat” Tompkins Calvin ’05 opted to start an entrepreneurial career in 2011. Based in Washington, DC, she has developed a series of nonprofits and a start-up venture (katcalvin.com and blerdology.co). Much of her work is focused on entrepreneurs, women, and the black community, encouraging their career advancement and skill development. One of her ventures, Blerdology, organizes technology “hackathons” for black developers and designers to build web and mobile apps for start-ups and nonprofits. Other initiatives support, engage, and grow the black science, technology, engineering, and math (STEM) community.

Calvin’s success has landed her on Business Insider’s Top 30 Women Under 30 in Tech list, as well as The Grio 100 that profiles successful African Americans. This past summer, Blerdology ran a multicity tour for an event called Blerds Night Out, and has plans to host a tech camp with the State Department in 2014.Calvin acknowledges the barriers in access to capital, but believes they “won’t stop women and minorities from being successful.” Rather than seeking access to traditional capital, she sees “a whole untapped community and untapped market.” She used her own funds to finance her ventures initially. Now she makes money through donations, fundraising, sponsorships, and merchandise sales.

All those businesses that old white men are running are going out of style.
—Kelley “Kat” Tompkins Calvin ’05

“Entrepreneurship is a great place to turn when the economy is down or you’re facing hard times,” says Calvin. “Some of our largest corporations and most successful businesses were started in hard times. Be smart, plan, bootstrap, and use every resource available to you.”

Tap Into Your Network

Only partly in jest, Calvin says, “all those businesses that old white men are running are going out of style.”

Organizations such as the National Women’s Business Council are focused on helping female businesses grow. Marilyn Carlson Nelson, former chair of the council, says, “Women entrepreneurs are longing for mentorship.” In that regard, MHC women are lucky. As more alumnae start their own ventures and the strength of the alumnae network becomes increasingly viral, so too does the potential for networking. 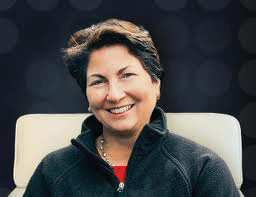 Maria Cirino ’85, who has launched and grown a string of successful ventures since she started selling candy as a Mount Holyoke student during campus movie showings, says entrepreneurship is “in my blood.” Cirino is managing director of Boston-based .406 Ventures, a technology-focused venture capital firm she cofounded that has $340 million under management.

The recession was but one of a series of challenges she has faced as an entrepreneur, including burst tech bubbles, losing an employee in the 9/11 attacks, and losing several others in the Rhode Island nightclub fire of 2003. Her role, she says, is to “lead people through the darkest days and to celebrate the greatest accomplishments.” An important test of an entrepreneur, she adds, is “how you react when things don’t go according to plan.”“We were fortunate to have raised our first venture capital fund just prior to the economic crash in 2008,” says Cirino. “If our timing was a year or two later, I doubt we’d be here right now. Given that we had a full fund to invest, we were actually oddly advantaged by the downturn because there were suddenly fewer funds chasing deals. Therefore, we were able to invest in great companies at lower initial valuations and had less competition for the top deals.”

We were actually oddly advantaged by the downturn because there were suddenly fewer funds chasing deals.
—Maria Cirino ’85

Cirino admits she is also fueled by the adrenaline rush of new challenges and growth. Noting that she has changed ventures every four to five years “like clockwork,” Cirino thrives on learning new things. Equating the experience to learning a language or throwing herself into the deep end of a pool, she says with each start-up venture, she will “go through that 100 days of terror again.” She has clearly been successful. Her accolades include being named Massachusetts CEO of the Year and an Ernst & Young Entrepreneur of the Year. 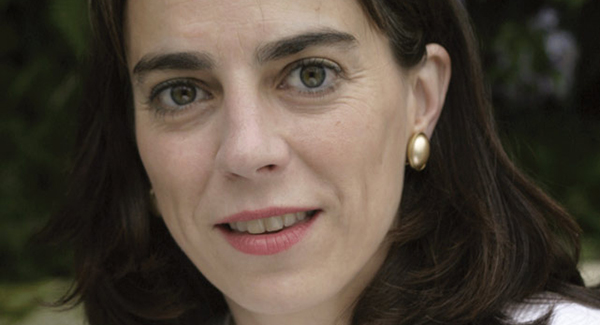 Some MHC alumnae have become entrepreneurs after retiring from other professions—Kathleen T. Jewell ’74, a physician-turned-bookstore owner in Wilmington, North Carolina, for instance—while others have turned hobbies into jobs, such as Margaret A. Clayton ’97, owner of a riding stable and horse farm in Gurnee, Illinois. Those with a more creative bent are running everything from interior design companies to Asian-arts appraisal and brokerage firms.

Alumnae entrepreneurs often credit Mount Holyoke with giving them a sound foundation for their success. Regardless of academic major—English, theatre, math, economics, art, religion, African American studies, and biochemistry departments are among those that have spawned entrepreneurs—there is widespread recognition among alumnae entrepreneurs of the value of a liberal arts education and the connection to other MHC women.

Donna Williams ’84, a former investment banker who now runs a subscription food delivery service in upstate New York, says her MHC education helps her “look at things from a more strategic point of view.” Susan Detering ’99, the owner of a neighborhood bakery in Madison, Wisconsin, adds, “I am constantly amazed every day at what I learned at Mount Holyoke” and points to an ability to think, solve problems, write, and communicate directly and effectively. According to Detering, Mount Holyoke gives its graduates the opportunity to apply the skills learned on campus to her career. If every alumna could do that, she says, “we’d take over the world.”  Students have continued the entrepreneurial trend. Read “Student Entrepreneurs Turn Brainstorms into Businesses.” 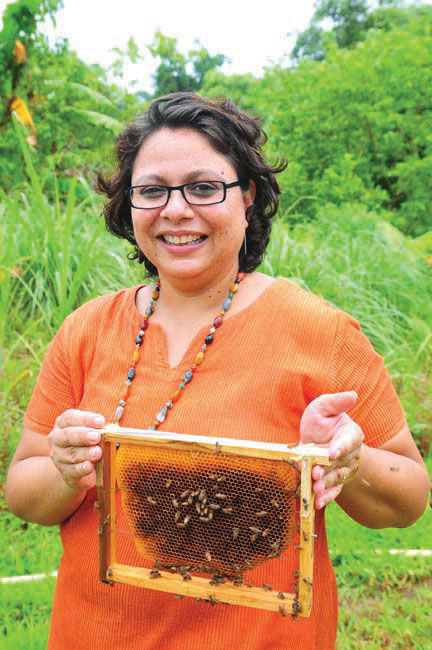 “I was an execu-chick in New York City,” says Donna Williams ’84, sounding as if it was a lifetime ago. After her stint at an investment bank and equipped with an MBA from Columbia, Williams held a string of senior executive positions in the corporate world before she was laid off in 2009 as a result of what she refers to as “the financial meltdown.”

Today she runs Field Goods, which delivers fresh fruits and vegetables to people at their workplaces and other community locations. “Necessity is the mother of invention,” Williams says.

Vijaya Pastala ’89 worked for global institutions including the World Bank and European Commission before starting Under the Mango Tree—ventures including a nonprofit that trains farmers and beekeepers in India, and a for-profit company that creates fair-trade and sustainable market access from Indian farmers to consumers.

Pastala says India was less severely impacted than other countries by the recession. As the Indian economy has expanded in recent years, her businesses have also benefited from an increase in consumption of what she calls “gourmet-organic food,” a segment growing at about 30 percent annually in India.

Williams also knows about dealing with the unexpected. When Hurricane Irene hit the Northeast a couple of years ago, her food-delivery business was impacted when the building where it runs its operations flooded, ruining packaging. “You gotta get scrappy” in such situations, she says. After Irene and a couple of difficult farming years—hail, drought, and rain have affected her food suppliers—she says she has “a whole new appreciation for the weather.”

Williams recounts the “sheer exhaustion” of doing every job in her own business and constantly being on call. Being an entrepreneur is “more fulfilling [than being an employee], but it’s also exhausting,” she says.