Alumnae making a difference through change

Most women’s lives aren’t comprised of prizewinning, front-page accomplishments. But the details of their day-to-day work—coupled with devotion, passion, or just plain stubbornness—can set change in motion and lead to unintended positive, even extraordinary, impacts in their own lives and, sometimes, in the lives of others. Here we shine the light on a handful of Mount Holyoke women who are making a difference.

Already invested in the creative demands of her career as an artist, Katherine Sandoz ’91 was reluctant to join a public mural project proposed by one of her former students. Cofounder of See Savannah Art Walls (SeeSAW), a Savannah, Georgia-based organization that works to bring public art to communities, Matt Hebermehl hoped the mural—SeeSAW’s first major proposed undertaking—would help to highlight the creative culture of contemporary Savannah and bring together the city’s residents.

Public art needs so much more than an idea.
–Katherine Sandoz ’91

“Public art needs so much more than an idea; it needs a concept, and it needs people, and through that confluence, people have a chance to tell their stories.” Sandoz says. “That confluence is the little everyday thing that changes lives.” She loved working with four young artists on the mural, a depiction of Turtle Island, which she describes as “a hammock that sits directly due east from the wall, in between the Georgia coast and the Atlantic Ocean.”During the planning stages—it took three years for SeeSAW and the city’s metropolitan planning commission to construct a citywide mural policy—Sandoz was gradually drawn in by the power of the project. And her involvement left her with a newfound appreciation for the scope and process of the work. 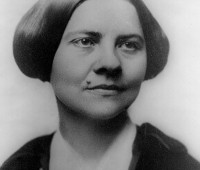 At Mount Holyoke, Sandoz studied French and international relations, planning to pursue a career as a diplomat. But after college she chose a different path, enrolling in graduate school at Savannah College of Art and Design, where she also taught for a decade. Now making a living as an artist and illustrator—and as an advocate for public art—she says, “I see, in this city with 2,000 artists, how much of an impact we can make through programs like this. We engage in dialogue about what we want for ourselves and our city. Art brings us together.”

Running for the Money

Although the Hot Chocolate Run for Safe Passage wasn’t the brainchild of Sarah Smith ’00, she’s taken the idea and run with it. Smith is director of development at Safe Passage, a nonprofit in Northampton, Massachusetts, that provides services for people facing domestic violence. Serving about 1,300 people each year, the organization operates a shelter and hotline, provides counseling and legal assistance, and has recently launched a prevention initiative.

We get to open up the kind of dialogue that truly raises awareness.
–Sarah Smith ’00

The first race drew 400 runners. This year, says Smith, “We had to cap the event at 5,500 participants.” In recent years, the monies raised have increased substantially, with registration fees accounting for only part of the profits as participants solicit sponsorship on behalf of the organization. The 2013 Hot Chocolate Run raised nearly $300,000.Ten years ago, “a board member and her husband proposed this race to close a $6,000 budget gap,” Smith says of the 5K road race and two-mile walk. She began her tenure at Safe Passage in 2004, just three months before that first race. “The brilliant idea that made the race stand out was to have a mug of hot cocoa at the end, instead of the customary T-shirt.” The race takes place in December, so the chance to warm up is welcome.

For Smith, who completed a double major in psychology and sociology, ambitiousness wasn’t new. But event planning was. And figuring out how to make hundreds of gallons of hot chocolate was, too. During the months she spends in organization mode—planning the event, obtaining sponsors, and engaging in outreach, her involvement extends beyond a simple work commitment. “This event has become important to the local community,” she says. “So many families participate, as do high school and college students. We get to affirm healthy relationships and healthy families and open up the kind of dialogue that truly raises awareness.”

Rosemary Yokell Mandelbaum ’54 didn’t realize the impact traveling to Malawi, Africa, would have when she and her husband decided to join her son and his family five years ago. The trip was planned, she says, when her granddaughter decided to donate much of her bat mitzvah money to a school in Malawi with which her own Los Angeles school had become involved. “Her parents wanted her to be sure she really understood what Malawi was like,” says Mandelbaum, who was struck by the poverty and its effect on the young girls they met.

Girls in Malawi missed a week of school each month because they had no sanitary products.
–Rosemary Yokell Mandelbaum ’54

While Mandelbaum’s granddaughters proposed the idea to help the girls they’d met, she was eager to play a role. “In the beginning we went to Sears to purchase underpants,” she says, “which worked, because they aren’t hard to mail.” To reach more girls, they secured help through the nonprofit S.A.M. Project (School Attendance Matters), raising $12,000 between 2010 and 2012 and providing nearly 100 girls at Chandawe, a primary school in Malawi, with sanitary pads and underwear. When S.A.M. closed, Mandlebaum found a new way to raise money. Through the Charities Aid Foundation’s Stay in School Fund forty-six more girls have since received sanitary products, and fundraising is ongoing.“When we were there, we learned that girls in Malawi missed a week of school each month because they had no sanitary products—only washcloths or rags.” Amongst other hardships, the rags hindered the menstruating girls’ ability to walk to school.

As an undergraduate, Mandelbaum was a psychology and speech major, and she began a graduate program years later. “I got pregnant,” she explains, “and didn’t finish the degree.” Having invested much of her life into raising her own children, she never expected that a trip to Africa would lead her on a path to making a difference in the lives of so many more children. But seeing the girls in Malawi through the eyes of her granddaughters—“used to having everything and surrounded by other kids used to having everything”—Mandelbaum knew she had to take action.

Biking to the Finish

Starting at around six o’clock on the morning of the New York City Marathon in November 2013, Claudia Kulesh ’86 took to the road . . . on her bicycle. From the Upper West Side, she joined a group that rode toward Brooklyn, picking up riders along the way. Kulesh had been a serious cyclist for about five years and as a member of the New York Cycle Club was one of several dozen volunteer riders who accompanied elite wheelchair racers in the marathon.

To be so up close to such athleticism was incredible.
–Claudia Kulesh ’86

Kulesh, a project manager at Bloomberg, was a philosophy major at Mount Holyoke and a member of the crew and field hockey teams. The experience of being involved in competitive sports again was a thrill, and she hopes that the small impact she had on one marathoner’s experience will help her pursue other opportunities to assist more people with disabilities.The wheelchair racers, like the elite runners, are assigned escorts in order to make sure the course remains clear for them to race. In the 2013 event, two cyclists went with each racer—more than seventy-five cyclists in all—and the cyclists were explicitly forbidden to talk to their racers or cheer them on. “You didn’t engage in any behavior that might have been interpreted as coaching or as impeding their race,” says Kulesh, who found the experience thrilling. “These are amazing athletes, every bit as accomplished and fit and serious as the elite runners. To be so up close to such athleticism was incredible,” she says.

Leaving the Academy Behind

After Viviane Callier ’06 finished her undergraduate degree in philosophy, she followed her curiosity. Under a Churchill Fellowship in Cambridge, England, she studied zoology, with a focus on early vertebrate paleontology, and earned a master’s degree. Next, she obtained a PhD in mathematical modeling in 2011 from Duke, where she also studied the growth, body regulation, and metabolism of insects. She went to Arizona State University for postdoctoral research in an insect physiology lab. And then, two years later, she left the academy.

“I left academia with many thoughts about my personal experience, as well as ideas about systemic problems that concerned the job market and funding rates for research, which have dropped,” Callier says.

I’m able to reflect upon the experience now and share that perspective.
–Viviane Callier ’06

She is now a science writer for a consulting company in Washington, DC. Her company’s clients include the Environmental Protection Agency and the National Institutes of Health, large agencies with influence. Through writing—a piece about how to regulate toxins in the environment, for example—she feels that she’s extended her reach, making a difference beyond her isolated lab work while still staying true to her science background.Even as a graduate student, Callier realized she wasn’t sure whether the PhD would lead her to the kind of career she wanted. She started to explore other paths and realized through contributing to a research blog at Duke that she enjoyed writing. At ASU, she wrote for the campus magazine, for the first time working with an editor and learning “much more about how to write,” she says.

“Rather than cast the move from academia as a failure,” she says, “I’m able to reflect upon the experience now and share that perspective.”

Sarah Werthan Buttenwieser (@standshadows) is a freelance writer whose work has appeared in many publications, including the New York Times, Brain Child, Salon, and the anthology The Good Mother Myth (Seal Press).