After her husband Jim, a Navy pilot, was shot down in 1965 and taken prisoner during the Vietnam War, Sybil Bailey Stockdale ’46 was frustrated by the US government’s expectation that relatives of POWs not speak out about their mistreatment. So she organized the National League of Families of American Prisoners and Missing in Southeast Asia to advocate on their behalf. Sybil created and drove an enormously persuasive movement that woke up Americans to the plight of POWs. She met with Secretary of State Henry Kissinger and President Nixon and even confronted the North Vietnamese at the Paris peace talks with the demands of POW families. Her husband was finally released in 1973, after eight years. 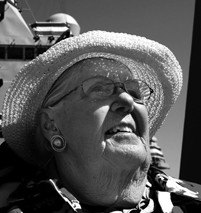 Sybil’s work changed lives and transformed our nation. While it’s hard to think of her accomplishments as “mere volunteer work,” that’s exactly what she was—a volunteer. No one paid her. No one handed her a job description, managed her efforts, or evaluated her performance.

Most volunteers will never find themselves in the public eye, let alone confronting a foreign government. Nevertheless, “whether you’re on the frontline at the soup kitchen or on the board of the organization, it all matters,” says Eileen Shanley Kraus ’60. Lifelong volunteer Cynthia Cathcart ’80 agrees. “You want to make your street, your town, your world a better place. You want to have an impact, so you volunteer.” 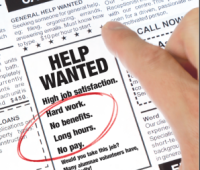 Young volunteers prove that, while times change, motivation and determination don’t.
Web exclusive
At Mount Holyoke, volunteering is a part of our collective DNA. “The College provides a framework for thinking beyond ourselves; to see long-term, to engage issues and how you might deal with them,” Cathcart says. And Mount Holyoke alumnae are involved as volunteers at all levels and in myriad organizations.

Some, like Sybil Stockdale, have created and organized their own projects. Many more devote time (and often money) to existing organizations through weekly or monthly service. From creating clean-water initiatives in the developing world to reading bedtime stories to hospitalized children, the volunteer activities of alumnae run the gamut. Many serve in leadership roles that are often as demanding as any paying position. Those who minimize the impact of volunteerism don’t know its power or its history.

The spirit of volunteerism is woven into the fabric of the United States, beginning in our faith-based institutions and schools hundreds of years ago. Today, churches and schools are still the primary beneficiaries of most volunteer efforts. According to the Bureau of Labor Statistics, roughly 65 million people volunteered for an organization in 2011, providing more than 8.1 billion hours of service. Women volunteered more than men—about 30 percent of women volunteer—and those between the ages of thirty-five and fifty-five volunteered most. Whites volunteered at a higher rate (28.2 percent) than African Americans (20.3 percent), Asians (20.0 percent), and Hispanics (14.9 percent), and married people with children volunteered more than single folks and those without children. And the more education you have, the more likely you are to volunteer.

From Volunteer to Board Chair 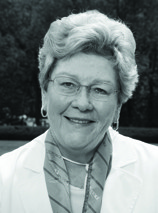 Volunteering often became a career for women who had few options for paid work after graduation. “You could be a nurse or a teacher, but not much else,” Eileen Shanley Kraus ’60 says of her generation and earlier ones. “I started out by not working outside the home.” Volunteering, then, was a pathway to satisfaction. Kraus has been involved with forty to fifty organizations over the course of her fifty years in the hartford, Connecticut, area, including serving as president of the hartford Junior League in the early 1970s. She did direct service as a teacher’s aide in an inner-city school, worked on boards, and even led the Governor’s Council on Volunteer Action. “I always had a sense of making the world a better place, and I knew my classmates did too,” she explains. “I learned so much, and I knew what was really going on in the community as a result.”

An important element of volunteering, especially as the work world opened up for women, was the ability to turn skills and experience acquired in the volunteer sector into a paid career. When Kraus was forty, that’s exactly what happened. While serving on the board of Children and Family Services, she was recruited by Shawmut Bank.

“By the time I went into banking, I already knew those people on the other end of the phone,” she recalls. “That was priceless. You can’t develop those relationships any other way.” By 1988 she had become the bank’s president, and when Fleet Bank bought Shawmut in 1995, Kraus was named chair of the board, a position she held until her retirement in 2000.

Carol Willett Rodman ’52 always thought of herself as a professional volunteer. “Volunteering tests your strengths and skills in every way,” she says. She credits the Junior League with excellent training. “My family always came first, but I included our children (daughter Cyndie ’82 and son Scott) in our volunteer activities when we could.”

Rodman took on leadership roles in Pittsfield, Massachusetts, where she’s lived for the last fifty years, running the hospital gift shop, the garden club, and other organizations that make the community a better place. She’s worked on behalf of Mount Holyoke, too—she’s been secretary of the Alumnae Association board, chaired the Classes Committee, and chaired her class reunions for a mind-boggling five decades. Over the years, however, Rodman felt the need to defend why she wasn’t working, even though she was happy as a professional volunteer. “I was home, which is where I needed to be because my husband traveled a lot,” she says. Volunteering, especially taking on leadership roles, allowed her to accomplish goals, but on her own terms and as her schedule allowed.

Active in her community for decades, and former president of the 2,800-member New York Junior League, a 112-year-old women’s volunteer training organization, Cynthia Cathcart is an expert in volunteerism. As League president, she and her board steered more than thirty direct-service community partnerships with schools, social-service agencies, and other nonprofits to benefit New York City’s underserved children and families, in addition to overseeing staff. 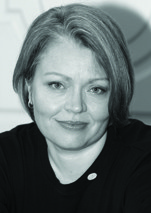 “Don’t forget the critical social aspect of volunteering,” Cathcart advises. “There’s great camaraderie in building something together, sharing a cause with others.” Citing crossover values between the volunteer and corporate sectors, Kraus promoted community service while she was bank president, offering employees two paid days off per year for volunteer projects, and she initiated volunteer projects for their team- and skill-building potential, including a Habitat for Humanity house the bank’s women employees designed and built.

“It’s vital for organizations, MHC included, to single out people who can do more extended volunteer work,” says Caroline Fuller Sloat ’65. “We need the deep commitment these jobs require.” For decades, she has volunteered for the Alumnae Association, while also serving in the highest ranks of community organizations including the Girl Scouts. As times have changed, so have patterns of volunteering, although the need for effective, reliable volunteers continues. In the 1980s, when women entered the workforce in large numbers, organizations adjusted by shifting more volunteer projects to evenings and weekends. today, as people hold more than one job and the stresses on families seem greater than ever, organizations have adjusted again, developing more episodic volunteer opportunities. These include events requiring only short-term commitments to accomplish well-defined goals, such as Saturday afternoon walk-a-thons or similar activities that are social, fit into a busy schedule, and provide a feel-good payoff. 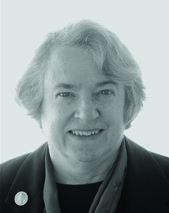 But all volunteer efforts need project leaders, and all organizations still need smart, capable, and dedicated people at the helm and on their boards. Those jobs, say alumnae, are harder and harder to fill. “Now, there are fewer professional volunteers, and yet the demand is greater than ever,” Carol Rodman says. “It’s a reflection of time available, the economy, and job demands,” Cathcart adds. “Volunteering is often third or fourth down the line of what’s important. People often can’t make the commitment.” For those who do commit, “the payback is there in who you get to know, and what you learn,” says Sloat. “The more you can do, the better for the organization and the better for you.” Cathcart agrees. “One of the most awe-inspiring aspects of volunteer work is the avenues it opens. My professional work would never take me into the places my volunteer experience has.”

Volunteering provided older alumnae an opportunity to use their minds and get out of the house. Younger alumnae “see volunteerism as part of how they’re going to get ahead,” according to Cathcart. “Your volunteer network becomes your stepping-stone into life.” A significant volunteer or community-service component is expected for college admittance today; and if hiring managers don’t see community service on the résumé of job-seekers, they look askance.

Akua Soadwa ’03 agrees. She’s been comfortable in leadership roles since high school. In 2008 she founded the Gye Nyame Empowerment Project, which marries her interest in event planning with her desire to empower people of Pan-African descent. After years of volunteering for other organizations, Soadwa told herself, “I’m not going to wait for someone else to create what I want; I have all of the tools.” In five months she completed the paperwork for nonprofit status, organized a board of directors, and launched the organization. Last April she left her job at the New York State Banking Department to run the project full time.

Soadwa’s efforts help adults and high school students let go of their past and imagine their futures. Her MHC network continues to provide priceless support as board members and event volunteers. “I’m clear that we are the ones we’ve been waiting for. We have to be the change we want to see,” she says. 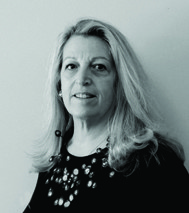 For almost a decade, Jane A. Zimmy ’74 has generated interest in MHC among alumnae living abroad for the Office of Advancement. “I’ve always built bridges and made connections. Having friends who are different from me makes my life more interesting,” she says. Before a trip to, say, Japan, she’d email an alumna living there and offer to bring her up to date on what’s happening at the College. She’s visited alumnae in Hong Kong, Japan, Singapore, China, and Vietnam so far. Due to her efforts, there’s a reenergized alumnae group in Hong Kong meeting regularly. Zimmy also helped organize mini-reunions around the United States when she and her classmates turned sixty. “These were so much fun,” she says. “It only takes a handful of women to make a difference.” Sloat thinks of her College and Alumnae Association experience as the gold standard. “I wouldn’t know how to volunteer in the community if I hadn’t volunteered for the College,” she says. Sloat was toting around a small baby (daughter Elisabeth ’90) when she agreed to serve on the Alumnae Development Committee back in 1970; she has served on the Alumnae Association board in every decade since. A list of her volunteer work for Mount Holyoke could fill a book—literally. What makes her service possible are practical considerations as well as a deep desire to contribute—she lives ninety minutes from campus, has a supportive husband and family, and has the time to give. Sloat retired recently from the American Antiquarian Society. Like a good historian, she connects the College’s mission today with its history of alumnae engagement, which stretches all the way back to the Seminary days. “Look at all those missionary wives. They went to the ends of the earth to serve God and make life better for people. Mount holyoke alumnae come from a long line of great women volunteers. From the start, it’s been part of our mission to improve the world.”

—By Shawn Hartley Hancock ’80
This article appeared in the spring 2013 issue of the Alumnae Quarterly.