Expression of an interfaith relationship 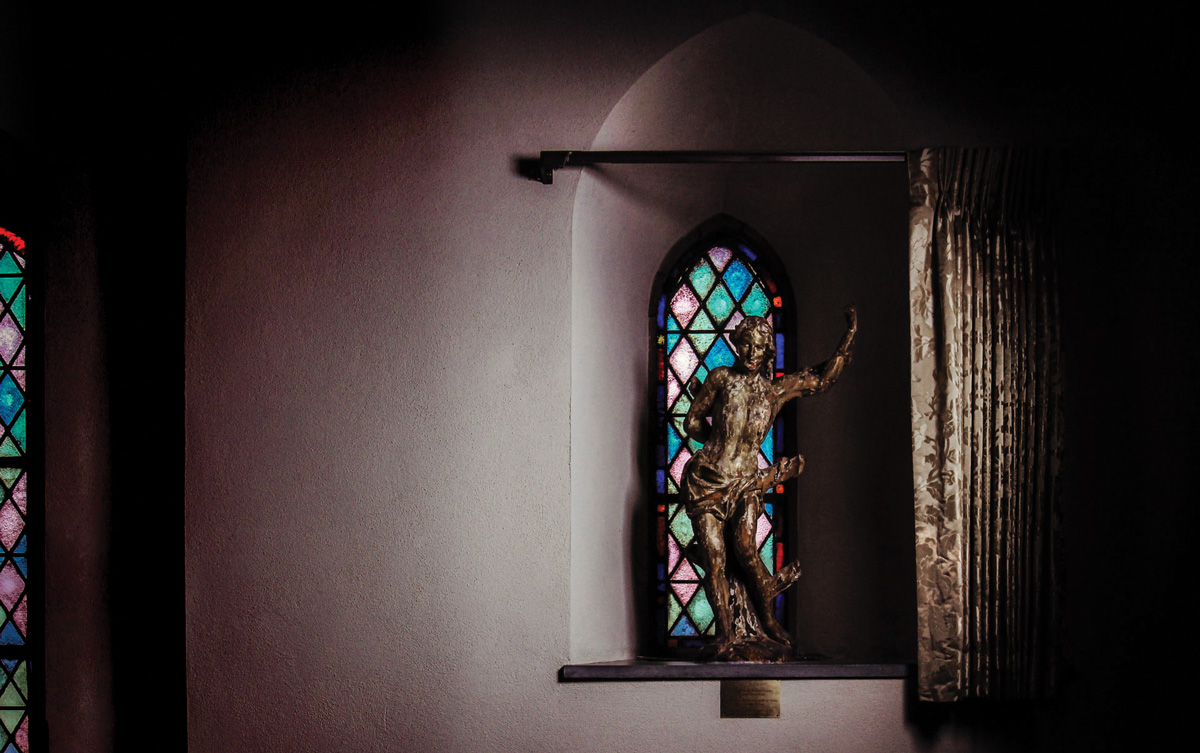 Nestled in the Abbey Interfaith Sanctuary sits a statue of Saint Sebastian. Standing at roughly 36½ inches tall, the statue is made of wood with gold gilt and is estimated to have been constructed in the early 17th century.

In 2000 Charlotte Huston Reischer Clark ’51 gifted the piece to the College in memory of Marianne Katscher of the former Czechoslovakia. Katscher, the cousin of Clark’s husband, George, was accepted to Mount Holyoke with the incoming class of 1943 but was unable to attend, as the Nazis arrived in her region a week before she was to leave for South Hadley. According to the Holocaust Survivors and Victims Database, Katscher died in 1941. Charlotte Clark died in January 2019.

The statue had been in Clark’s family for many generations and held significant sentimental value to her. Now displayed in a place where the community can come for reflection, meditation and a moment of peace, the statue — representing a saint remembered to have been martyred for his beliefs — is, according to Dean of Religious and Spiritual Life Annette McDermott, an expression of “an interfaith relationship that connects a family member through marriage across differences … and adds one more fascinating dimension to the alumnae community.”

This article appeared as “Saint Sebastian Statue” in the winter 2020 issue of the Alumnae Quarterly.