The following is a list of books published by alumnae and faculty, or about alumnae, and received at the Alumnae Quarterly offices since the publication of the summer 2018 issue. To submit your work, please email quarterly@mtholyoke.edu. 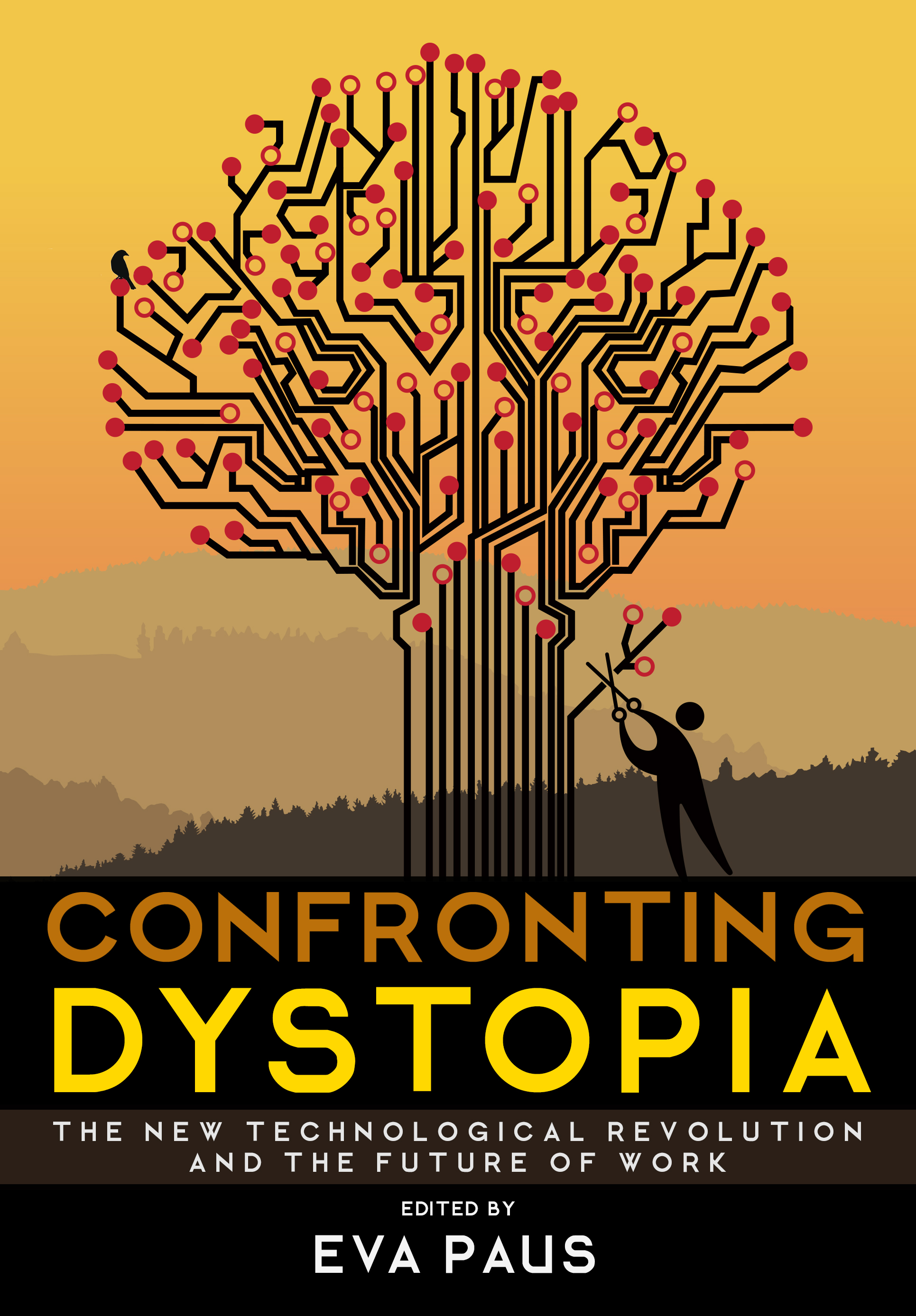 Confronting Dystopia: The New Technological Revolution and the Future of Work

A distinguished group of scholars analyze the implications of the ongoing technological revolution of jobs, working conditions and income. Focusing on the economic and political implications of artificial intelligence, digital connectivity and robotics for both the global North and global South, they move beyond diagnostics to seek solutions that offer better lives for all.

Eva Paus is professor of economics and Carol Hoffmann Collins ’63 director of the McCulloch Center for Global Initiatives. She is the author of “Foreign Investment, Development, and Globalization: Can Costa Rica become Ireland?” 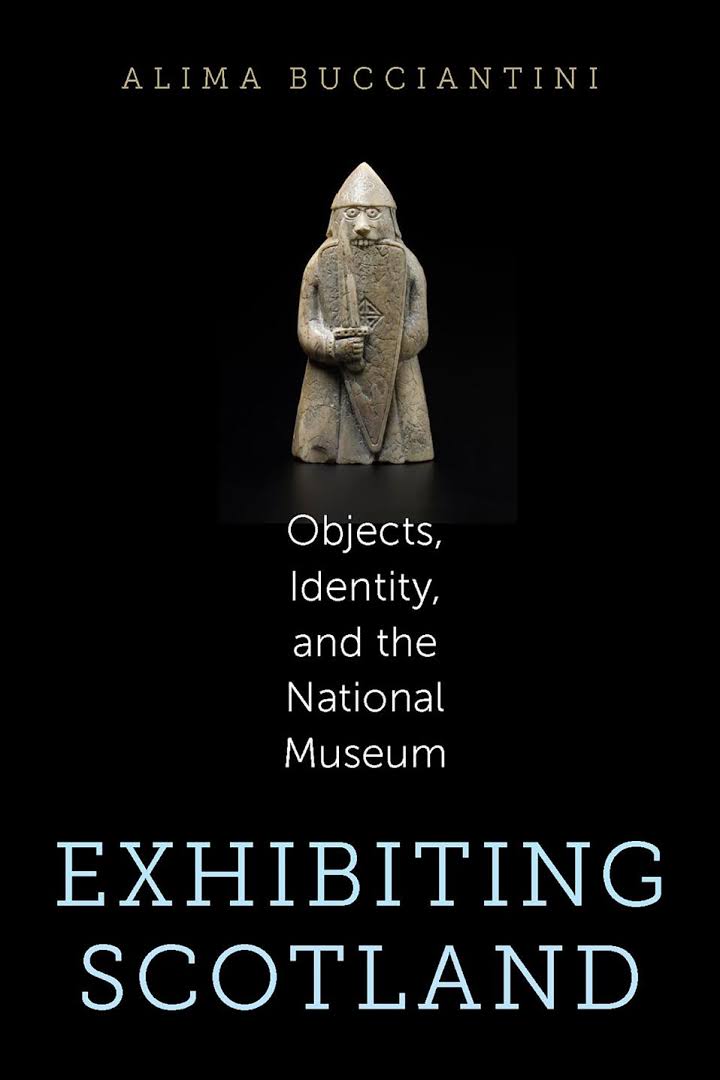 In 1707 Scotland ceased to exist as an independent country and became part of Great Britain. To preserve the country’s unique antiquities and natural specimens, a Scottish earl founded the Society of Antiquaries of Scotland in 1780, whose collections eventually became the National Museum of Scotland. “Exhibiting Scotland” traces how these collections have helped tell the changing stories of this country for centuries and how the museum reflects the Scots’ continuing negotiation of their place within modern Britain.

Alima Bucciantini ’04 is the assistant professor of history at Duquesne University. 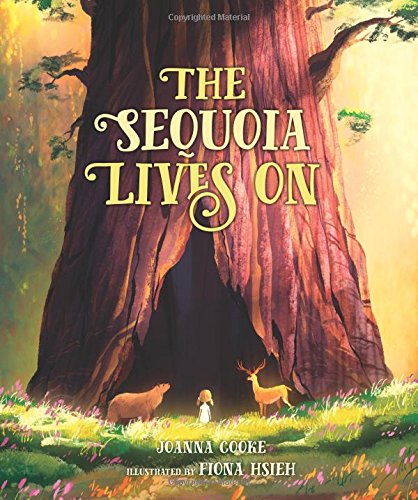 The Sequoia Lives On

From tiny seed to largest tree, the giant sequoia is a living wonder of nature. Numbers fail when trying to describe the ancient and tremendous tree. “The Sequoia Lives On” shares the life story of the giant sequoia, casting light on natural questions: How does this tree grow so big? How does it live so long?

Joanna Cooke ’97 is a writer who spent 10 years living in the Sierra working as an environmental education and National Park Service ranger in Yosemite National Park. 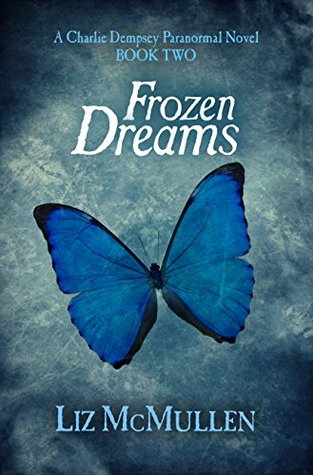 Ezra-Elle had mere moments to choose between saving Azure’s life or the future of a precious potion had been crafted to ensure. The dark faerie godmother chose to rescue the infant in the hopes that Azure might find her way to happily ever after without the magical assist. Thirty long years later an opportunity presents itself — a good life for the solitary, isolated Azure, along with a revenge chaser for the woman’s fate. Ezra-Elle thinks she has found a way to both cure Azure’s loneliness and punish the person who had taken the path meant for her in one fell swoop.

Liz McMullen ’98 is an author, mentor, publisher and documentarian. Her debut novel, “If I Die Before I Wake,” is a Rainbow Award Finalist. “Finding Home” won the Young Adult Golden Crown Literary Award in 2016. “Through the Hourglass,” a Liz McMullen Show Publication, won a Goldie in the Anthology category and was the second book in the Lizzie’s Bedtime Stories Anthology Series. 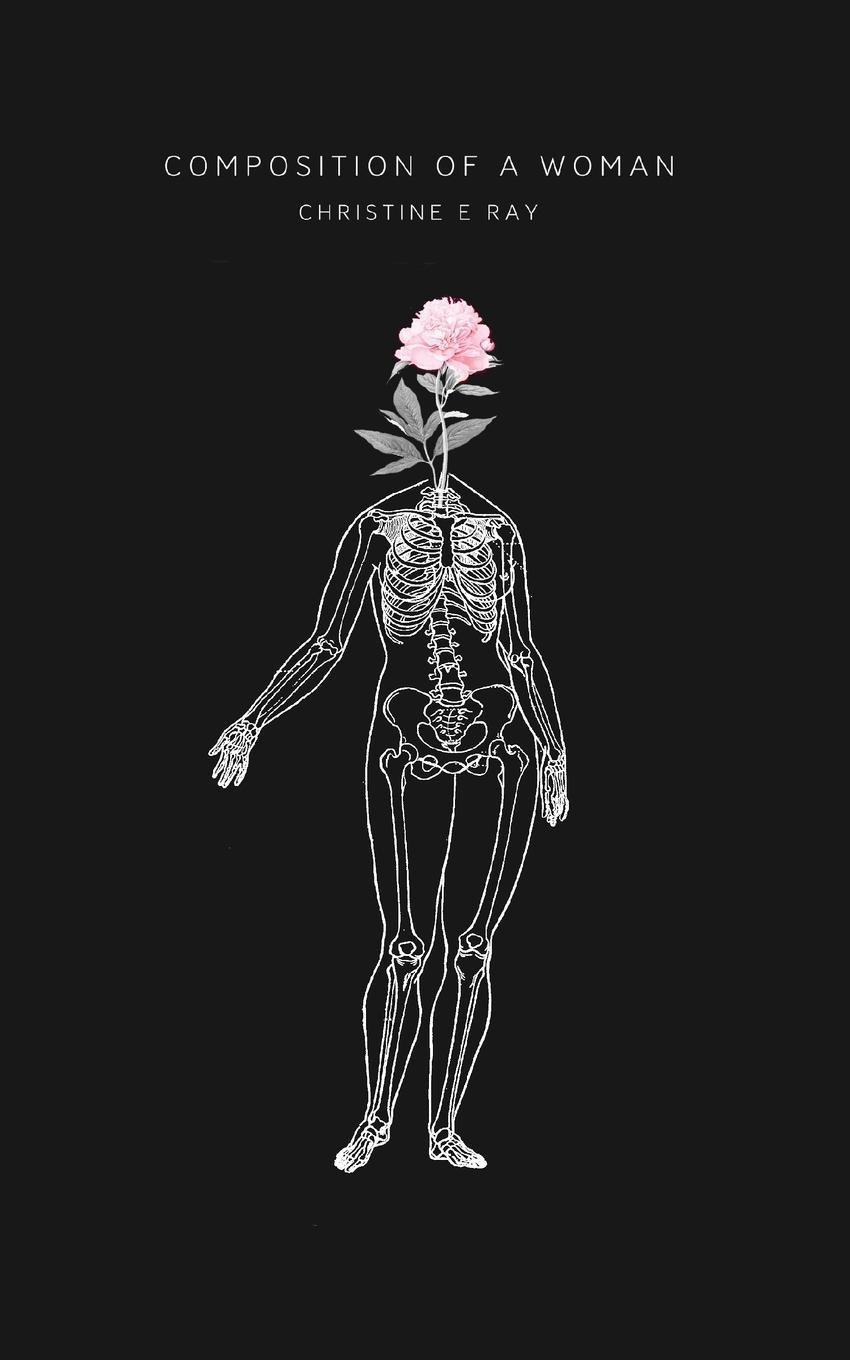 Composition of a Woman

This debut poetry collection is a glimpse into the essence of what it takes to make — and sometimes simultaneously break — a woman as strikingly powerful and beautiful. Split into five sections, Ray writes about chronic illness, depression, love, loss and identity.

Christine Ray ’88 is a writer and freelance editor who lives outside of Philadelphia, Pennsylvania. Her writing has been featured in SpillWords, felan poetry and visual zine, “Anthology Volume I: Writings from the Sudden Denouement Literary Collective,” Nicholas Gagnier’s book “Swear to Me” and will appear in the upcoming collection “All the Lonely People.” She is currently working on her second book of poetry, to be released later in 2018, “The Myths of Girlhood.” 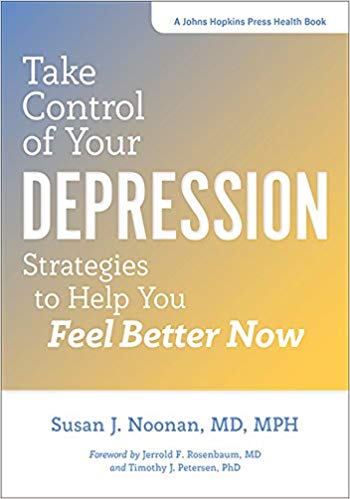 Take Control of Your Depression

Some call it the blues or a storm in their head. William Styron referred to it as “darkness visible.” Depression is a disorder of the mind and body that affects millions of adults at some point in their lives. Writing from her personal experience as both a recipient and a provider of mental health services,  Noonan explains how to obtain care from professionals, outlines what medical options are available and lists everyday things people can do to feel better.

Susan J. Noonan ’75 is a part-time certified peer specialist at McLean Hospital and is a consultant to Massachusetts General Hospital and CliGnosis, Inc. She is the author of “Someone You Know Has Depression: Words to Say and Things to Do.” 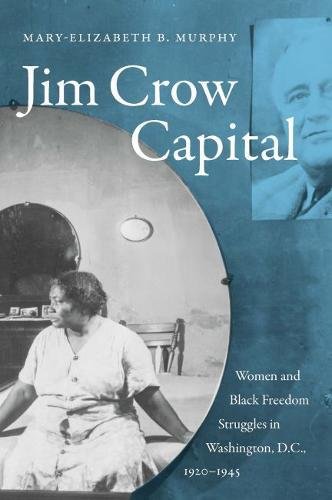 Local policy in the nation’s capital has always influenced national politics. During Reconstruction, black Washingtonians were first to exercise their new franchise. But when congressmen abolished local governance in the 1870s, they set the precedent for southern disfranchisement. In the aftermath, memories of voting and citizenship rights inspired a new generation to restore local government and lay the foundation for black equality across the nation. 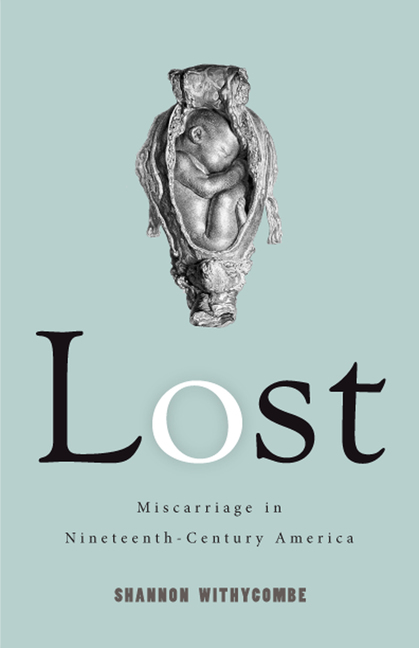 In Lost, medical historian Shannon Withycombe weaves together women’s personal writings and doctors’ publications from the 1820s through the 1910s to investigate the transformative changes in how Americans conceptualized pregnancy, understood miscarriage and interpreted fetal tissue over the course of the nineteenth century. Withycombe’s pathbreaking research reveals how Americans construed, and continue to understand, miscarriage within a context of reproductive desires, expectations, and abilities. This is the first book to utilize women’s own writings about miscarriage to explore the individual understandings of pregnancy loss and the multiple social and medical forces that helped to shape those perceptions. What emerges from Withycombe’s work is unlike most medicalization narratives.

Shannon K. Withycombe ’98 is assistant professor of history at the University of New Mexico in Albuquerque. 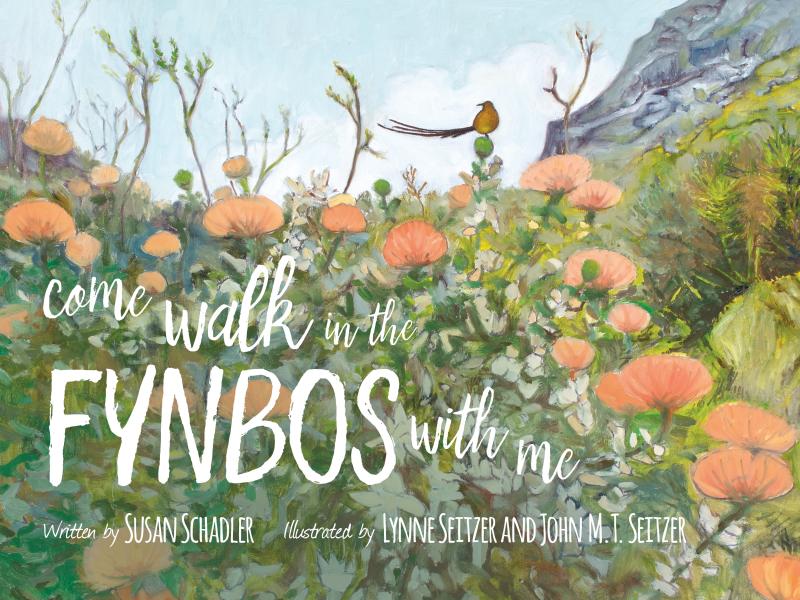 Come Walk in the Fynbos with Me

The fynbos (fayn-bos) is just a tiny sliver of land at the southern tip of Africa, but with its strange and wonderful biodiversity (and its ability to survive fires!), it may just be the mightiest floral region in the world. In this book, a child and adult set off to walk in what appears to be a dull scrubland nestled in the dry landscape. They cross the paths of birds, bugs, snakes, and animals that inhabit and help sustain the fynbos. Walk with them in this remote wildflower kingdom—a place few will visit but, through this book, many may come to love.

Susan Schadler ’73 spent more than 40 years as a macroeconomist at the International Monetary Fund. After her retirement, she and her husband spent several years in South Africa, during which time she hiked extensively along the the southern African coast and fell in love with the wild and quietly dazzling landscape. She began to fear that her (then-nonexistent) grandchildren would never have the chance to hike in this unique spot and decided to write a picture book to take them there virtually. 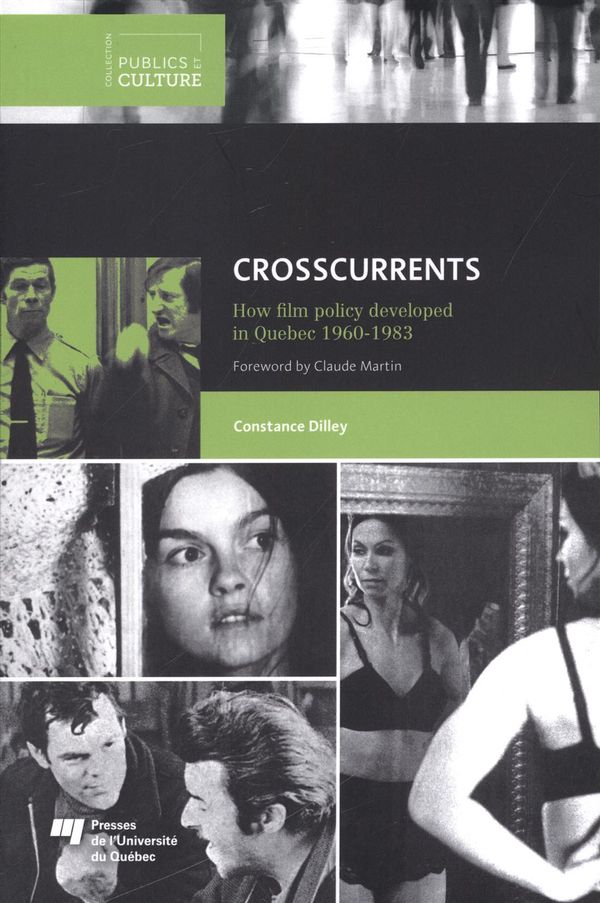 “Crosscurrents” documents the fight by filmmakers in Québec for a film Policy that would support their ambition ton create commercial feature films. In the process, it explores the history of Québec cinema, charting how the government supports that are in place today came into existence through an intense lobbying effort on the part of filmmakers. Further, the author describes how cultural bureaucrats colluded with filmmakers to force the government’s hand, and outlines the effects of this legislative process on Quebec’s English-speaking filmmakers.

This volume arises from the author’s analysis of voluminous provincial, federal, association, and personal archival sources and also draws on interviews with key figures. The archival sources describe the development over 23 years of provincial structures and policies that try to accommodate the cultural and economic needs of a young, emerging film industry. The result is a book that casts new light on the early events in the cultural life or modern Québec.

Constance Dilley ’62 formerly known as Connie Tadros, was administrator of Cinéma Québec magazine and of the Association des producteurs de films du Québec in the 1970s. Between 1975 and 1989, she was the editor-in-chief of Cinema Canada magazine. She has a master’s degree in social work, and a PhD in communication and culture from York University. She has also worked in both national and international non-governmental associations.