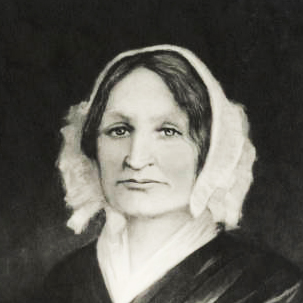 “On this day in 1837, 80 students arrived at Mount Holyoke Female Seminary in the Connecticut Valley village of South Hadley. Many had traveled for days to reach the first American institution of higher education open to women. All had passed difficult entrance examinations in grammar, math, U.S. history, and geography. The college’s founder, Mary Lyon, knew from experience how hard it was for young women of modest means to get an education. She set out to establish an affordable school that would offer women the chance to study the same curriculum as men. After two years of tireless fundraising, she was ready for the first students. She instructed each of them to bring with her a Bible, an atlas, a dictionary, and two spoons.” Read more

To celebrate the founding of  Mount Holyoke Female Seminary and to honor our founder, Mary Lyon, each year Mount Holyoke dedicates the Sunday nearest to November 8—the date of the Seminary’s opening in 1837—to Founder’s Day. First established by President Elizabeth Storrs Mead in 1891, Founder’s Day is one of the College’s oldest traditions. While the exact way in which the school celebrates the day has changed over the years, reflection and respect for our community’s history are always a part of the festivities.

The only time Founder’s Day was not celebrated was in 1916, during which time there was a country-wide polio epidemic. During World War II, ice cream distribution went on hiatus, but it came back right afterward.

In the early years of Founder’s Day, the school community would gather around Mary Lyon’s grave in full academic regalia and lay flowers and wreaths on her marker. Inside Abbey Chapel, invited speakers and professors gave speeches and lectures, sometimes revolving around a specific theme, such as the works of Emily Dickinson in 1928. In the past Founder’s Day weekend also has served as time for Board of Trustees meetings and new building dedications, including the Art Building in 1971 and the Ciruti Language Center in 1989. Honorary degrees also were awarded.

On special occasions like Founder’s Day, the dining halls serve Deacon Porter’s hats, a steamed pudding cake usually flavored with West India molasses, spices and raisins. Early students of the college named it after the first trustee of the college, Deacon Porter; the cake’s shape reminded them of the tall hat he would oftentimes wear.

Rumor Has It: Ice Cream

Ice cream hasn’t always been part of Founder’s Day celebrations. In fact, it sounds rather funny to eat ice cream around Mary Lyon’s grave. But about a century ago, a group of senior students thought it would be amusing to tell first-years that if they went to Mary Lyon’s grave at 6 in the morning on Founder’s Day they would find members of the Board of Trustees serving ice cream. This prank lasted for about a decade, each year finding a group of trusting first-years in search of ice cream. In 1910, one sympathetic senior took pity with the underclasswomen and did bring the dessert that Founder’s Day morning. Because of the event’s popularity, the school officially picked up the event and college trustees as well as deans and presidents began churning ice cream for all students.

— By Camille Malonzo ’16
— Photos Courtesy of the MHC Archives