Investing in Opportunities for Reinvention

When Kay Althoff FP’84 arrived at Mount Holyoke in 1982, she was forty-one and the mother of three school-age children. She had started college after high school in Ohio but never graduated and had landed in western Massachusetts when her husband’s career path brought the family there. On the surface, she was as conventional as conventional could be.

And yet, in coming to Mount Holyoke, Althoff dove into the unconventional as one of the first older, or “nontraditional,” students officially welcomed to campus in the nascent years of the Frances Perkins Program. Althoff also went on to lead the program after working in both the admission and development offices. Honored at this year’s reunion with the Elizabeth Topham Kennan Award, given to an alumna for outstanding achievement in, and contributions to, the field of education, Althoff, always modest, immediately credited the College with giving her life “a sense of purpose.”

Kay Althoff FP’84, one of the College’s first Frances Perkins graduates, attended Reunion in May and received an Elizabeth T. Kennan Award for her leadership of the FP Program.

According to the National Center for Education Statistics, more than a third of students enrolled in college in 2011 were over twenty-five, and by 2019 the percentage of those over twenty-five is expected to increase by more than 20 percent. Most FP students matriculate with between thirty and sixty-four transfer credits, typically earned at community colleges. They often bring expansive work and life experience to campus. One of the first of its kind when it was founded more than thirty years ago, the Frances Perkins (FP) Program is designed for women of nontraditional age—twenty-five or older—to earn a degree that meets all the requirements of the undergraduate program and at the same time offers the option of selecting either a full- or part-time schedule. Perkins, a 1902 graduate, was the first woman to hold a US cabinet post; she served as secretary of labor for the twelve years of Franklin D. Roosevelt’s presidency. A champion of economic justice and security for all Americans, she profoundly influenced the political agenda of her day. Though Perkins was a traditional age student, “when it came time to name the program, they looked around at our illustrious grads, and she was a champion of women and issues of labor,” says Althoff. “She really understood the population that comes back to school.” 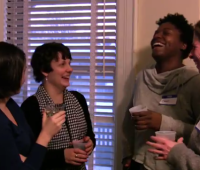 “When I first came to Mount Holyoke, most of the women in the program were around forty, and many were faculty wives,” says Althoff, who attended Holyoke Community College prior to matriculating at Mount Holyoke. “Today, the women are mostly younger, and many have explored and traveled. But almost all of them are interested in education and social services, much like those of us who graduated in the eighties. In the FP group, there is a theme to go out and do good.” 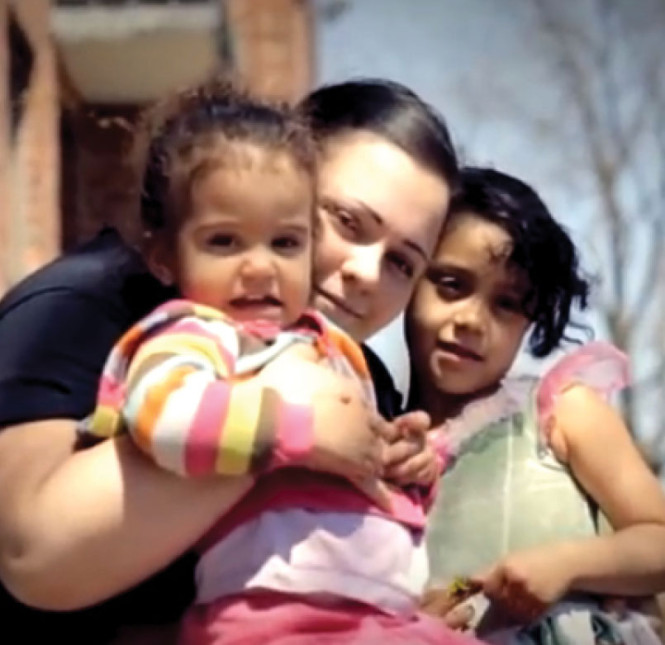 Marcella Jayne FP’13 plans to attend law school and use her degrees to fight issues that disproportionately affect women. (Courtesy of I’m Nobody Productions)

Marcella Jayne FP’13 is a recent graduate who personifies the program’s commitment to service. Born into what she describes as “abject poverty,” Jayne came to Mount Holyoke as a single mother after living in a homeless shelter and then subsidized housing with her family. With support from the FP Program and faculty, she found an internship in a legal office, helping families facing foreclosure. She will start law school this fall. “After law school I plan to use my JD to practice housing law and to fight issues such as public housing demolition, displacement, gentrification, foreclosure, poor housing conditions, and eviction,” says Jayne. “These are all issues that disproportionately affect women, as we are often thrust into sole care-giving positions by societal default.”

With students like Jayne in mind, President Lynn Pasquerella ’80 announced earlier this year that Mount Holyoke will give full-tuition scholarships to all new Frances Perkins Scholars beginning in fall 2014. Much of the funding for this scholarship program comes from the anonymous donation of an alumna who attended Mount Holyoke prior to the FP Program’s launch and appreciates its value.

“This financial support reinforces the College’s commitment to accessibility and makes a bold statement about the value of the voices and perspectives of nontraditional students on our campus,” says Carolyn Dietel, the longtime associate director of the FP Program who took the helm in 2010 when Althoff cut back her hours. (She officially retired in 2013.) “This new program will unravel the complications and uncertainties of applying for financial aid. We also plan to boost both our mentoring and advising programs.”

In the FP group, there is a theme to go out and do good.
—Kay Althoff FP’84

Additionally, the FP Program will gain a new home for its students this fall when it takes over Dickinson Hall. In general, about one third of the approximately ninety FP students live on campus, and commuters will also use Dickinson as a campus home base. “Many of our FP students felt there had been a loss of connection when our former FP house was taken off line,” says Dietel. “When we make this transition, it will be nice for the students to all live together, and those who don’t live on campus will have better opportunities to connect with those who live on campus in this new space.” 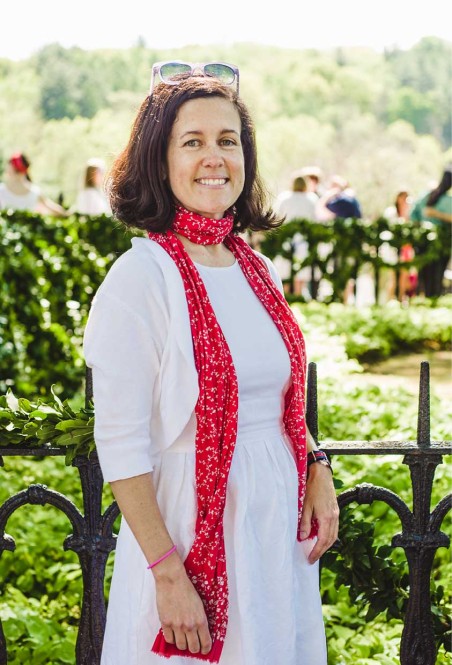 After years of commuting to Mount Holyoke from her home in Rhode Island, Isolde Maher FP’14 graduated in May and plans to pursue an advanced degree in medicine.

The bonds among FP students run deep. The student-organized Frances Perkins Scholars Association works with the FP administrators and the College on a variety of programs, including Making the Connection events, which are designed to introduce new and current FPs to the multitude of resources that are available on campus: the FP Senior Breakfast, held the morning of graduation; the Spring BBQ; and the FP Winter Formal party, among others.

While building relationships within their own cohort, FP students are quick to point out the many friendships they forge with traditional students. “I’ve always felt integrated and welcomed by traditional students,” says Isolde Maher FP’14, who came to Mount Holyoke to study biology after working as a professional artist and graphic designer. “I have felt completely embraced by everybody.”

That’s high praise given that Maher, forty, commuted three times a week, for almost two hours each way from Warwick, Rhode Island, to Mount Holyoke, until her graduation in May. The mother of three children under eleven, Maher says her biggest challenge was “keeping at it,” but she drew great support from her family and the Mount Holyoke community. In January, she will take the MCAT as she prepares to pursue an advanced degree in medicine, with the goal of serving women and children in a clinical setting.

During Reunion, the FP sense of community was evident. Frances Perkins reunions are held every five years, and this year’s events included a class dinner, potluck, and literary tea. Dietel, who came to Mount Holyoke in 1976, beams with pride when recounting the successes of FP alumnae. “In last year’s FP class of forty-three, we had twenty students who graduated with Latin honors, and three were elected to Phi Beta Kappa,” she says. In addition, two of those students were selected for National Science Foundation Graduate Research Fellowships.

In 1962 Frances Perkins, second from right, returned to campus for her sixtieth reunion. Her work as US Secretary of Labor was celebrated with a laurel parade sign; Frances Perkins Scholar alumnae from the classes of 1984 to 2012 celebrated at Reunion in May.

“In doing this job, I’ve realized that every individual has a story and a journey and that life can present many challenges, but the resilience of these women, their passion for learning, and [their] commitment to social justice is so consistent with the mission of the College,” says Dietel. “Every year when Kay and I would finish the admission cycle, we would say, ‘this is such an amazing group.’ It’s a privilege to be a witness to their journeys.”

Althoff echoes Dietel’s sentiments, saying, “It was hard to retire at age seventy-two because the FP Program gave my life a real sense of purpose: to encourage women to realize their dreams and not give up. The reason I was drawn to Mount Holyoke was because it felt authentic. There was no hard sell. It was, ‘This is who we are. This is what we offer.’ That is what continues to draw such impressive and interesting women to the program.”

“In my FP welcome packet, the words ‘remember the big picture’ were in big, bold type,” recalls Maher. “Even when I felt like things weren’t going well or I was completely overwhelmed by the material, I felt supported by . . . other students, every day striving and staying motivated. It helped me keep going, keep moving. The FP Program taught me to not get bogged down in the details, to see the big picture.”

Maura King Scully is a freelance writer based in Greater Boston.