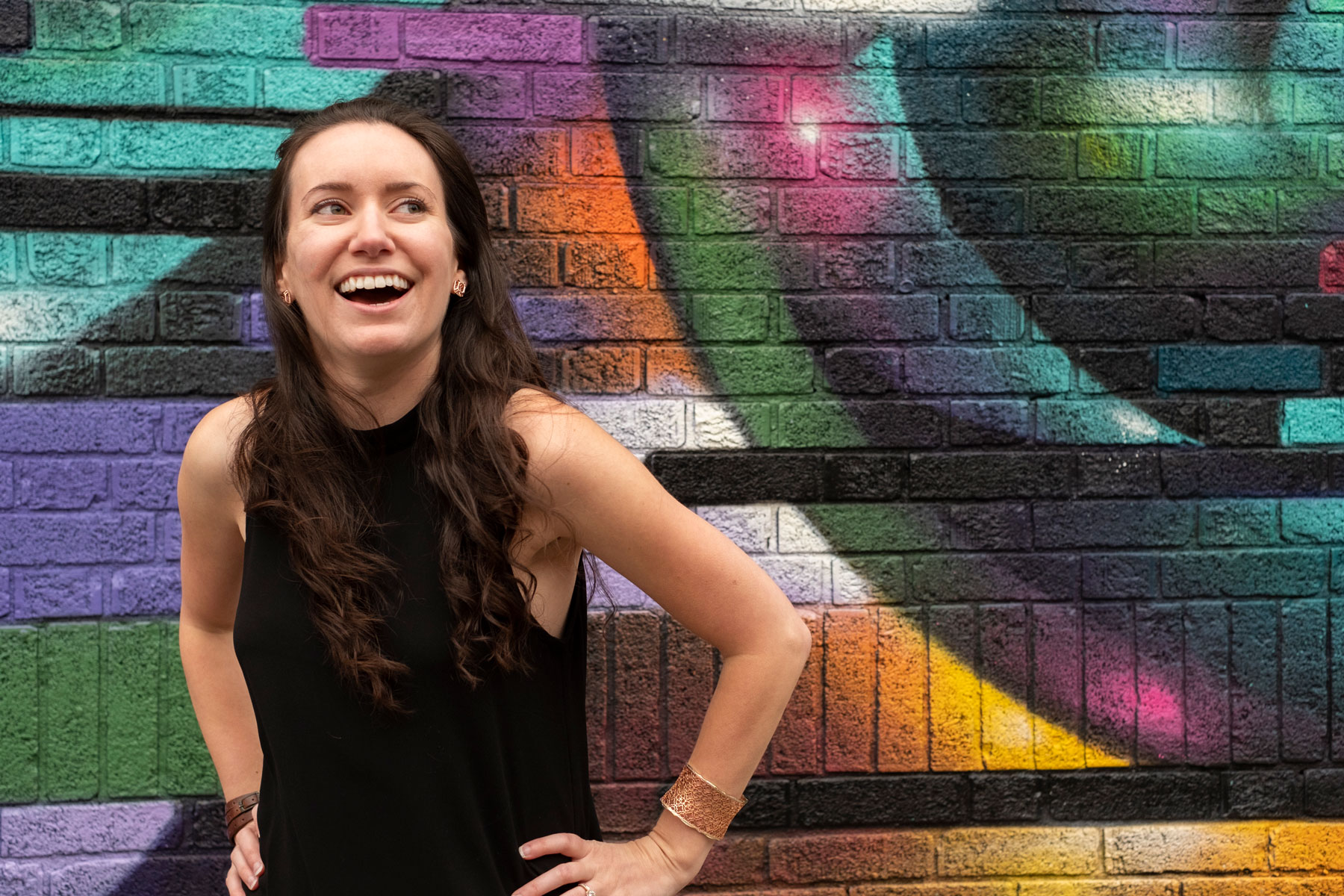 Just when she needed it, Merli V. Guerra ’09 saw a message appear in her inbox.

“The subject line was something like, ‘About the award you won,’” says Guerra, “and I thought, oh, scam! I almost deleted it.”

But the message turned out to be from Linda Cadigan ’68, a member of the Internal Achievement Awards Committee, reaching out to inform Guerra that she’d been named a recipient of the Alumnae Association’s Mary Lyon Award.

The Mary Lyon Award is given to a recent alumna who demonstrates exceptional promise or sustained achievement in her life, profession or community, and whose work embodies the humane values which Mary Lyon exemplified and inspired.

Guerra is now an accomplished artist, but she never expected to spend much time in the art building during her time at Mount Holyoke.

“I can’t draw to save my soul,” she says. “One of the best things a professor ever told me here was, ‘Merli, you’re really good at a lot of artistic things. Drawing isn’t one of them. Move on.’”

A dance major and studio art minor, Guerra approached visual art with a dancer’s eye and dance with a scholar’s desire to learn more. After taking a beginner’s class in Indian dance, she wanted to delve deeper. Her instructor told her she first needed to study the history and culture of India, so Guerra signed up to take a yearlong class at UMass, which included a trip to India.

“I had never left New England,” says Guerra, “and suddenly I’m in India. … And I loved it. I loved every minute of it.” In addition to broadening her perspective, the experience gave her a better grounding in Indian dance.

Guerra carried her skill at making cross-disciplinary connections over to her award-winning student film, “Synchronic,” which she created for a class at Mount Holyoke. In the film, she weaves location with movement, sound and story, using the campus as not only her set but also her partner and prop, dancing between columns in the amphitheater and in Pearsons Hall as projected images move across the structures. Friends helped with the videography, and the film’s musical score was composed by Peter Jones, Mount Holyoke senior lecturer and accompanist in dance.

The film received multiple awards at the 2009 Five College Film Festival, including Best of Festival, Best of Mount Holyoke and Best Dance-on-Camera, and it was recently one of 14 award finalists at the finale of the international Festival Cinematica for Immagine in Movimento, “films about juxtaposing man-made spaces with the land and the environment,” says Guerra. “I wish I could go to Italy, but my film went to Italy!”

Following graduation, she and Kim Allen Holman ’09 started Luminarium, a dance company outside of Boston that works to bring the arts to underserved populations. Their projects often involve historic components and cultural landmarks, from outdoor sculptures to hoop skirts and old journal entries.

“There are dance companies that have a focus on the technique and the sheer physicality of the work,” says Guerra, “but I think Kim and I especially focus on where art intersects with dance.”

After several years living in Boston, Guerra and her husband relocated to the Princeton area of New Jersey. She has started a satellite company and travels between the two locales. She works as a graphic designer and is also a critic and journalist for several publications, covering performances in the northeast United States.

In May, Guerra attended her 10-year reunion. “I [felt I was] looking back on my past self and knowing that I walked these same spaces,” she says.

After the email arrived about the Mary Lyon Award, Cadigan and Guerra spoke on the phone.

“I opened a little bit about … trying to find my way, feeling in limbo a little bit,” says Guerra.

She felt that Cadigan seemed to understand her situation. “One of the most valuable tips she gave me was finding the ability to say ‘no’ when needed. As strong, independent go-getter women, I think it’s common for MHC students and alums to feel as though we have to accept every single opportunity that comes our way. [Linda] made me feel re-linked to the MHC network, and gave me solace and encouragement as I continue to push forward with my own career!”

In receiving a Mary Lyon Award, Guerra felt her hard work being acknowledged, “and that made me feel incredible,” she says. “The award … really gave me that little jolt of, OK, I’m on the right path.”

Guerra’s current film project is another that balances the connections between two spheres, exploring the evolution of the mother-daughter relationship. The dancers include an older woman who will play the older version of the mother and her two daughters in real life; one will play the younger version of the mother, and the other will fill the role of the adult daughter. There will also be a tiny dancer, she says. “A different friend of mine also from Mount Holyoke, ironically, has a little girl that looks like the spitting image of a little mini version of the other sister.” Just after filming began, both sisters found out they are pregnant, and this experience and their newborn children have become a part of the story in the film. “It’s very beautiful to me how they are experiencing motherhood for the first time while we’re making this piece.”

Film stills from Merli V. Guerra's upcoming new film “For you, to mentor me” (working title) 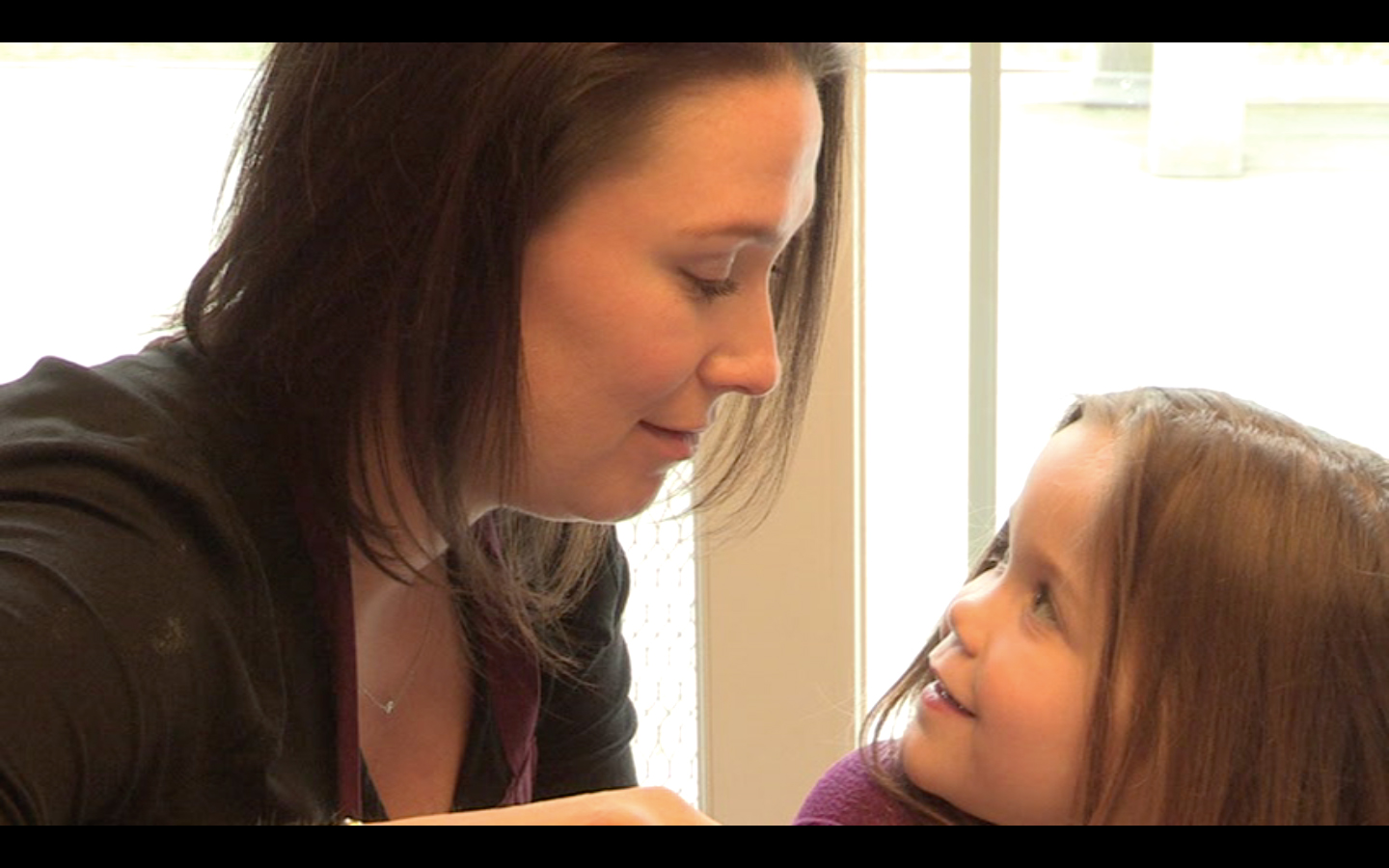 Taking the next step on her creative adventure, Guerra has just enrolled in an MFA program in dance at Rutgers University, where she will also serve as a lecturer. “Maybe you can’t send yourself [a] message in a bottle,” she says, but as an alumna of Mount Holyoke, you can become “the person sending that message to other people.”