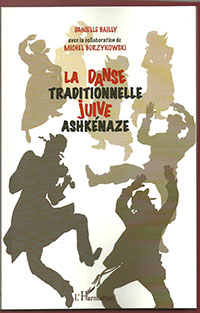 Borrowing from specialists of the late Yiddishland’s traditional dances, this book explores Jewish-Ashkenazi (Eastern Europe) popular culture, which was almost entirely wiped out by the Holocaust. Not widely known, these dances express the deep souls of people who, though scattered around, have nevertheless always intended to safeguard their specificity through the ages. Understanding these dances enables the reader to contextualize them and unveil their strong liveliness, justifying their relevance in today’s world.

Danielle Schneck Bailly ’56, now retired, was a professor of English at the secondary level and later at the University of Paris VII with specializations in linguistics and didactics. Her principal interests are in secular Jewish culture (Yiddish chorale, klazmer music, schtetl dance) and in the transmission of the memory of the Holocaust in connection with the values of the world of today and tomorrow. 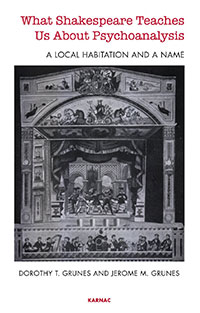 What Shakespeare Teaches Us About Psychoanalysis: A Local Habitation and a Name

Using Shakespeare’s work to expand our understanding of what it is to be human, this book of applied psychoanalysis furthers the study of Shakespeare, literary theory, dramatic arts, and psychoanalytic theory. It is also accessible to readers, theatre-goers, and those who have an interest in the human condition. For the clinician, this book introduces new theories in psychoanalysis based upon the text and clinical experience.

Dorothy Grunes ’92 is a faculty member at the Chicago Institute for Psychoanalysis. She maintains a private practice in general adult psychiatry and psychoanalysis while dividing her time between the US and the UK. 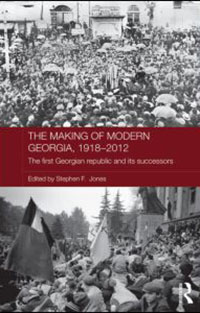 The Making of Modern Georgia, 1918-2012: The First Georgian Republic and its Successors

The top regional experts in this book explore the domestic and external parallels between the Georgian post-colonial governments of the early twentieth and twenty-first centuries. How did the inexperienced Georgian leaders in both eras deal with the challenge of secessionism, what were their state building strategies, and what did democracy mean to them? These are the central challenges of transitional governments around the world today. Georgia’s experience over 100 years suggests that both history and contemporary political analysis offer the best (and most interesting) explanation of the often ambivalent outcomes.
Stephen F. Jones, professor of Russian studies, has been a member of the Mount Holyoke College faculty since 1989. He is an expert on post-communist societies in the former Soviet Union and Eastern Europe. Jones has briefed the US Department of State on a regular basis, as well as a number of US ambassadors to Georgia. 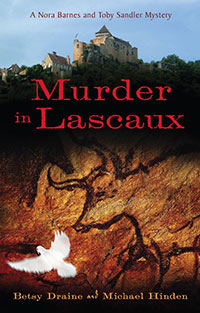 The cave of Lascaux may be closed to the public, but five scholars a day are allowed inside, and Nora Barnes has finagled an appointment. True, she may have fudged a bit in her letter to the authorities, but she does teach art history, and she isn’t about to miss her chance to see the world’s most famous prehistoric paintings. Nora and her high-spirited husband, Toby, are visiting the Dordogne, in the southern French region of the Aquitaine. Aware that the Dordogne’s renown for cave art is matched only by its reputation for delicious cuisine, the couple has also signed up for a cooking class at a nearby château, but they soon find that more than food is on their minds.

Betsy Draine ’67 is coauthor of the mystery novel The Body in Bodega Bay and of the memoir A Castle in the Backyard: The Dream of a House in France. She also co-translated and edited The Walnut Cookbook by Jean-Luc Toussaint. She is professor emeritus of English at the University of Wisconsin–Madison. 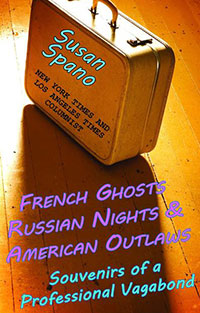 French Ghosts, Russian Nights, and American Outlaws: Souvenirs of a Professional Vagabond takes the reader on magical trips, when everything conspired to make a place unforgettable, like a temple in Java at sunrise or an ice hotel in the Arctic Circle at sunset. In some of the stories, Spano finds the kind of enlightenment that only travel can provide by following in the footsteps of luminaries such as Federico Fellini, Julia Child, and Chairman Mao.

Susan Spano ’76 has journeyed the world reporting on culture, nature, and the curiosities of humankind. She launched the still-running “Frugal Traveler” column for the New York Times, and later joined the staff of the Los Angeles Times. Her work has appeared in the Financial Times, Chicago Tribune, Smithsonian, National Geographic Traveler and Redbook. She is the coauthor of Women on Divorce: A Bedside Companion and Men on Divorce: The Other Side of the Story. 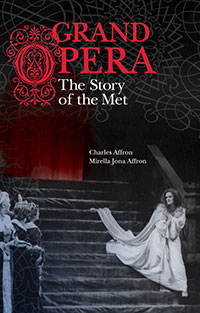 Grand Opera: The Story of the Met

The Metropolitan has stood among the grandest of opera companies since its birth in 1883. Tracing the offstage/onstage workings of this famed New York institution, Charles Affron and Mirella Jona Affron tell how the Met became and remains a powerful actor on the global cultural scene. In this first new history of the company in thirty years, each of the chronologically sequenced chapters surveys a composer or a slice of the repertoire and brings to life dominant personalities and memorable performances of the time.

Mirella Jona Affron ’58 is professor emeritus of cinema studies at The College of Staten Island/CUNY and coauthor of Best Years: Going to the Movies, 1945–1946 and Sets in Motion: Art Direction and Film Narrative. 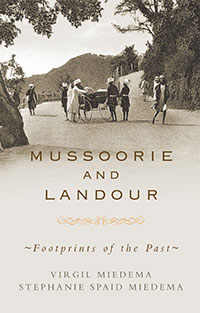 Mussoorie and Landour: Footprints of the Past

The twin hill stations of Mussoorie and Landour were established by the British in the early nineteenth century as a respite from the heat and dust of the Indian summer on the plains. Even today, these places continue to attract visitors by the hordes, thanks to their salubrious climate and leisurely way of life. With beautiful photographs, evocative illustrations and fascinating snippets of local lore, Mussoorie and Landour brings alive the stories behind these charming hill stations like no other.

Stephanie Miedema ’07 is a social science researcher focused on gender equality and women’s rights across South and Southeast Asia. Stephanie recently completed several years of UN-funded research in the Asia-Pacific region and is now pursuing doctoral studies in the United States. 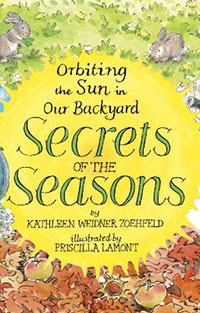 Secrets of the Seasons: Orbiting the Sun in Our Backyard

Alice and her friend Zack explore the reasons for the seasons. Alice’s narrative is all about noticing the changes as fall turns into winter, spring, and then summer. She explains how the earth’s yearlong journey around the sun, combined with the tilt in the earth’s axis, makes the seasons happen. Packed with sensory details, humor, and solid science, this book makes a complicated concept completely clear for young readers—and also for the many parents who struggle to answer their kids’ questions.

Kathleen Weidner Zoehfeld ’76 is the award-winning author of more than sixty books for children. Kathleen was a children’s book editor for more than ten years before becoming a full-time writer. When she’s not reading, researching, writing, or editing, Kathleen loves to spend her free time exploring, doing fieldwork, and preparing fossils for her local natural history museums. 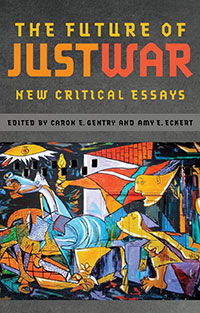 Just War scholarship has adapted to contemporary crises and situations. The essays in The Future of Just War seek to reorient the tradition around its core concerns of preventing the unjust use of force by states and limiting the harm inflicted on vulnerable populations such as civilian noncombatants. These essays share a commitment to the idea that the tradition is more about a rigorous application of Just War principles than the satisfaction of a checklist of criteria to be met before waging “just” war in the service of national interest.

Caron E. Gentry ’99 is a lecturer at the School of International Relations, University of St Andrews. She is the author of Offering Hospitality: Questioning Christian Approaches to War and, with Laura Sjoberg, coauthor of Mothers, Monsters, Whores: Women’s Violence in Global Politics, and coeditor of Women, Gender, and Terrorism. 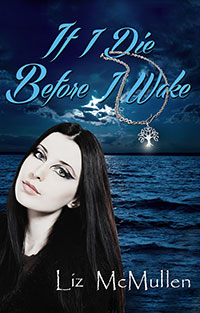 If I Die Before I Wake

Charlie Dempsey has recently lost her beloved grandmother and is surprised to inherit a treasured family heirloom, the necklace her great grandmother wore on the boat from Ireland to the New World. But with possession of the necklace comes unwelcome and unseen guests that spark a paranormal awakening within Charlie and shakes up her once comfortable life as a first-grade teacher in a seaside college town.

Liz McMullen ’98 studied politics, history, mythology, and religion at Mount Holyoke College and during her junior year abroad at Trinity College in Dublin. She spent six weeks backpacking around Europe, visiting all the places she had been reading about. Her wanderlust lives on in her writing.