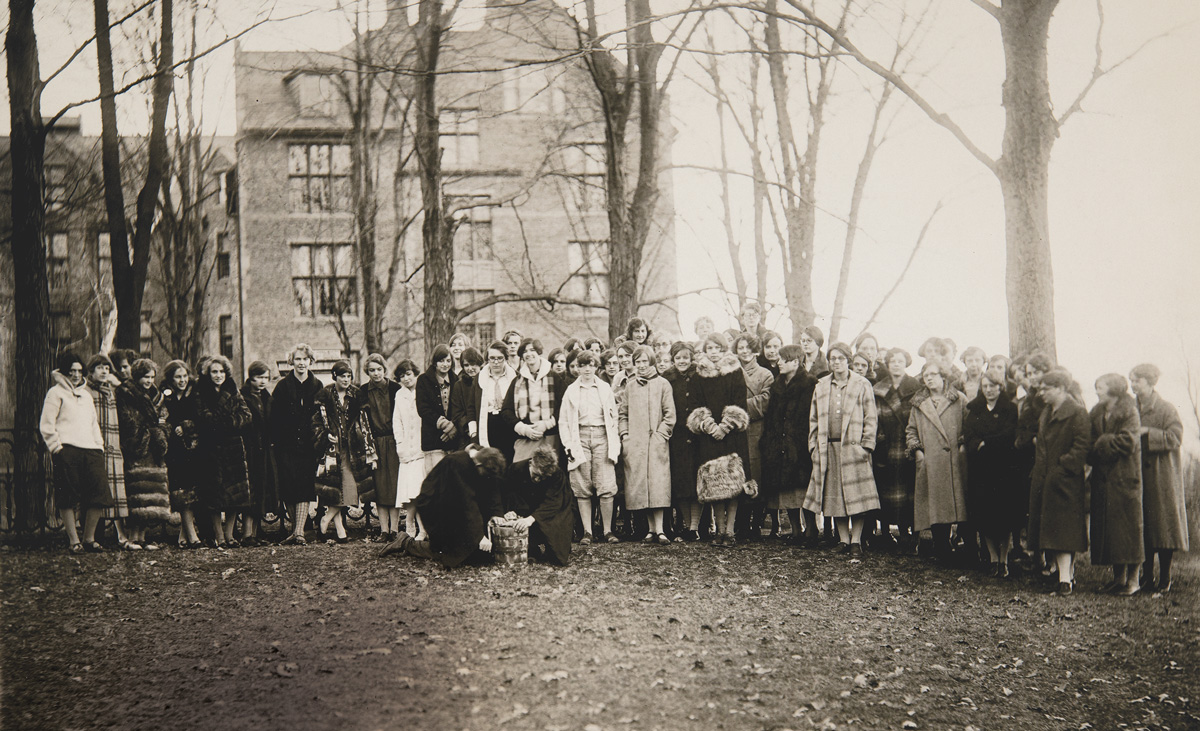 In the summer of 1916, an outbreak of poliomyelitis, more commonly known as polio or infant paralysis, swept the northeastern and mid-atlantic United States. Health authorities announced the epidemic in Brooklyn, New York, in June, and by the end of the month there were 646 reported cases.

With hospitals continuing to report new cases throughout the summer, College President Mary Woolley led the decision to delay the start of classes at Mount Holyoke in an effort to protect the community from the highly contagious virus. In a September 7 diary entry, amid descriptions of South Hadley weather, trips to Springfield in a friend’s car and some “nice but smelly” cats making an appearance in her zoology lab, Adaline Chase, class of 1919, noted “college has been postponed until Oct 5.”

In addition to starting the semester a few weeks late, President Woolley also called off the traditional Founder’s Day celebration in 1916 — to date the only time the event has been canceled. The annual meeting of the Alumnae Association, which at the time took place on campus during Founder’s Day, was instead held in June.

“On account of the prevalence of infantile paralysis throughout the East, the opening of the College in 1916 was deferred until October 5, a fortnight later than the scheduled time. As the disease was still epidemic in Holyoke, it was decided to omit the Founder’s Day celebration of October 24.”President Mary Woolley

At the time, doctors knew little about the epidemiology and treatment of polio, but efforts to contain it included quarantining the infected, closing public places such as movie theaters, schools and swimming pools, and disinfecting known contaminated areas.

Upon finally arriving at school, Chase wrote, “We were to make up the time lost by losing our single holidays and a week at Easter.” Woolley recorded the news in her 1916–1917 President’s Report. 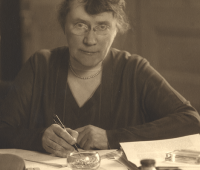 Report from the President: 1916 polio epidemic delayed the start of classes

This article appeared as “A Late Start” in the winter 2020 issue of the Alumnae Quarterly.