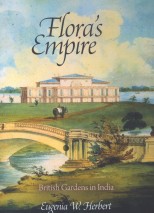 During the colonization of India, British expatriates feel­ing homesick for their country estates began constructing gardens that replicated the English model. Eugenia Her­bert uses period illustrations to trace the practice as a part of Britain’s relations with the subcontinent it considered an untamed land, ripe for “civilized” landscaping.

Eugenia W. Herbert is profes­sor emeritus of history at the college. She is the author of several books including Twilight on the Zambezi: Late Colonialism in Central Africa.

So Far Away: A Daughter’s Memoir of Life, Loss, and Love
By Christine W. Hartmann

Christine Hartmann’s mother valued control so much in her own life that she chose the moment it would end. For twenty years she planned for her death, and for twenty years, Christine fought to change her mind. Christine’s father suffered a series of debilitating illnesses that her mother wanted to avoid at all costs. This memoir illustrates the complexities of a family’s separate yet interwoven journeys.

Christine W. Hartmann ’87 is a research health scien­tist at the Veterans Health Administration and holds a faculty appointment at Boston University’s School of Public Health. 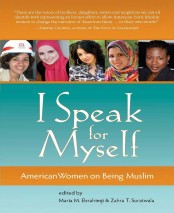 I Speak for Myself: American Women on Being Muslim
Edited by Maria M. Ebrahimji and Zahra T. Suratwala

This book features the stories of forty women who were born in America and are part of the Muslim faith. The editors and contributors hope to break down stereotypes of what it means to be a Muslim American, as well as to in­crease the dialogue between Muslim Americans and their fellow citizens.

Sarah Kajani ’09 is a con­tributor to this book and a graduate student at New York University.

Taking a Stand: The Evolution of Human Rights
By Juan E. Méndez with Marjory Wentworth

Firsthand experience as a prisoner of war led Juan Méndez to a long legal career as a defender of human rights. Intertwined with an analysis of the current state of human rights is the personal story of a man who prevailed over his time as a political prisoner to take up a life of activism.

Marjory Heath Wentworth ’80 is the author of four books. She has extensive ex­perience in human rights and has worked for the UN High Commission for Refugees. 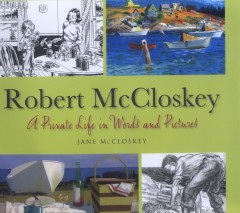 Robert McCloskey: A Private Life in Words and Pictures
By Jane McCloskey

Robert McCloskey’s il­lustrated children’s books brought coastal Maine into homes all across the country. In this book, the author’s youngest daughter invites readers to examine more than fifty rarely seen illustrations from the family archive and to learn more about the man who created such beloved literature for children as Make Way for Ducklings and Time of Wonder.

As a child, Jane McCloskey ’70 appeared as a character in many of her father’s books. She lives in a house she built on Deer Isle, Maine, near where she grew up.

Eat Smart in Norway: How to Decipher the Menu, Know the Market Foods, & Embark on a Tasting Adventure
By Joan Peterson

The latest installment in the Eat Smart series provides a guide for food lovers travel­ling in Norway. The book looks at culinary history, culture, regional dishes, and recipes and offers a shop­ping list for outdoor markets. Peterson encourages her readers to consider what food can teach us about a country’s culture and national identity.

Joan Lamprey Peterson ’59 has written nine Eat Smart guides, leads culinary tours in Europe, Africa, and Asia, and is a founding member of CHEW, the Culinary History Enthusiasts of Wisconsin.

Murder in Lascaux
By Betsy Draine and Michael Hinden

The caves of Lascaux, famous for their Paleolithic cave paint­ings, are closed to the public; but five scholars a day are allowed in. Art history profes­sor Nora Barnes has snagged a coveted spot, along with her husband Toby. When one of the other visiting scholars is murdered, Nora and Toby are pegged as suspects. The pair must work to solve the crime and clear their names.

Betsy Draine ’67 is professor emeritus of English at the Uni­versity of Wisconsin–Madi­son. She cowrote the memoir A Castle in the Backyard: The Dream of a House in France.

With her third collection of poems, Sandra Kohler explores the human experience, delving into everything from domestic scenes to the consequences of war. Bringing wisdom from the natural world, Kohler offers a collection rich with complexities.

Sandra Iger Kohler ’61 is also the author of The Ceremonies of Longing. Her poems have appeared in the New Republic, the Colorado Review, and the Prairie Schooner. 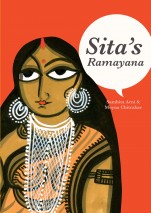 The Indian epic Ramayana is a classic story reimagined in this graphic novel. Two kingdoms war over a beautiful queen, who, though impris­oned by her enemies, is given a voice through Samhita Arni’s retelling of the ancient tale. The book’s original illustrations include the epic’s snake-eating bird deity Garuda, and the monkey hero Hanuman.

Samhita Arni ’06 is a freelance writer based in Bangalore, India. Her latest project is a thriller based on the Ramayana.

Claude is a young horse who exemplifies the Clydesdale breed, but— compared with the other animals on the farm—he feels ungraceful. He retreats to his stall to hide in comfort, but when Mother Goose and her goslings are in trouble, he must find a way to overcome his doubts and save the day.

Marion E. Altieri FP’88 is a horse racing writer and handicapper for Saratoga Today newspaper. She is working on a book about Iraqi Arabian horses.

The author shares her complicated experiences while on the road to motherhood. The book, which is a cross between a memoir and a self-help guide, details Leung’s triumph over postpartum depression. That led to her advocacy for other women suffering from perinatal mood disorders.

Ivy Shih Leung ’86 is channeling her own energy and experience into Ivy’s PPD Blog and Postpartum Support International.