Words Worth a Second Look

Miss Me When I’m Gone
By Emily Arsenault

When Gretchen Waters, divorcee and author of a honky-tonk memoir, dies suddenly people assume it was a tragic accident. Jamie, Gretchen’s best friend and literary executor, looks through her notebooks and discovers Gretchen’s mission to solve her mother’s murder. She starts to realize the death might not have been an accident after all.

Emily Arsenault ’98 is the author of The Broken Teaglass, a New York Times “notable mystery,” and In Search of the Rose Notes, which was chosen as one of the Wall Street Journal’s ten best mysteries of 2011.

When a man walks into a busy drugstore with a homemade bomb, the community of a sleepy Midwestern town is changed forever. As the smoke clears over the following days, four lives become entwined in unexpected ways.

Visiting assistant professor in English at MHC, Karen Osborn is the author of Patchwork (1991), Between Earth and Sky (1996), and The River Road (2003). Her work has been widely reviewed in places such as the New York Times, USA Today, and the Washington Post. She also received the Notable Book of the Year Award from the New York Times. 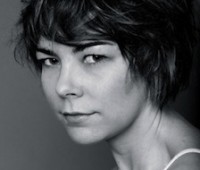 The Forensic Historian
By Bob Williams

From King Tut to Osama Bin Laden to the sinking of the Titanic to the Kennedy assassination, forensics is filling in the gaps of some of the world’s most well-known mysteries. Williams examines the intersection of history and modern science to help explain events from the past, centuries later. The book is dedicated to Mildred Trotter ’20, who used forensics to identify fallen WWII soldiers.

Bob Williams is the husband of Ann Kingman Williams ’60, the son of Dorothy Chadwell Vinton ’30, and the grandson of Mabel Margaret Hubbard Chadwell 1903. He is the author of several dozen books. His book Russian Art and American Money 1900–1940 was nominated by Harvard University Press for the Pulitzer Prize in 1980.

Visually and academically stunning, this book takes a comprehensive approach to Italian Renaissance master Federico Barocci, whose boundary-pushing legacy of light and color influenced the artists of the Baroque period and beyond. The nearly 1,500 surviving drawings by the artist offer an especially clear window into his artistic processes. With depth and breadth, this book addresses everything from the influence of his hometown, Urbino, to his use of red underpaint.

Judith Walker Mann ’72 is on the Art Museum Advisory Board at Mount Holyoke and is curator of European art to 1800 at Saint Louis Art Museum. She is also the coauthor of Orazio and Artemisia Gentileschi.

This collection of stories, poems, and essays centers on the complexity of human-animal friendships—from the tragic to the hilarious. The topics range from veterinarians and their animal patients to animals in our homes and in our imaginations.

Georgia: A Political History Since Independence
By Stephen Jones

Jones presents an in-depth analysis of Georgia’s current political and economic condition. Going beyond the clichés that have been typical of much contemporary commentary on Georgia, he examines the political culture, social relations, local government, and employment of the complex region, giving readers a sense of the transformation within the country and the rise of new interests, values, and groups.

Professor of Russian studies at MHC, Jones is the author of several books on contemporary events in the former Soviet empire, and regularly briefs the CIA and US State Department on developments in Caucasia and the North Caucasus.

Lynne Zacek Bassett and cocurator Madelyn Shaw weave together the complex history of the Civil War through textiles. From cotton plantations in the South to the flags waved on the battlefield, textiles witnessed the entire conflict. After years of research, Bassett and Shaw compiled a collection of quilts and related objects to tell this intricate story.

Lynne Zacek Bassett ’83 is an award-winning scholar who specializes in New England’s historic costume and textiles. She also edited and wrote Massachusetts Quilts: Our Common Wealth.

Bolivia’s first indigenous president, Evo Morales, was elected in 2005 and symbolized a fundamental victory for social activists and native peoples of the Landless Peasant Movement. Fabricant demonstrates how landless peasants came together to influence Bolivian politics, and the ways in which Morales often found himself at odds with the activists.

Nicole Fabricant ’99 received her MHC degree in urban anthropology and her PhD from Northwestern University in 2009.

Smith reframes the housing debates in Chicago after the Second World War, going beyond black and white politics to the class conflicts among African Americans. The book brings to light an unaddressed history of class struggle within the African American community that contributed to a legacy of stunning class segregation, still visible today in the Chicago housing market and in other major metropolitan areas across the country.

Preston H. Smith II is an associate professor of politics at Mount Holyoke; he also contributed to Renewing Black Intellectual History: The Ideological and Material Foundations of African American Thought.

Silencing the Self Across Cultures: Depression and Gender in the Social World
Edited by Dana Crowley Jack and Alisha Ali

Dana Crowley Jack and coeditor Alisha Ali take their research global as they attempt to explain the links among self-silencing, depression, and gender. Twenty-one people from thirteen countries contributed, and the results were groundbreaking. This book was awarded the 2011 Ursula Gielen Global Psychology Book Award.

Tasted
By Marion Brown
In her small twenty-one-page chapbook, Marion Brown’s poems range from playfulness to seriousness. Food is the theme that holds this collection together. Her delectable descriptions often offer food as a metaphor for the human impulse of desire.

Marion Schneider Brown ’67 lives with her husband in Yonkers, New York, and spends time in the Adirondacks.

A tale of friendship and discovery, “Lara and the City of Secrets” takes us on an adventurous tour through Istanbul and its multifaceted history. Our young guides, a Turkish girl living in Germany and a Jewish girl from Istanbul, reveal secrets about their own lives as they unlock mysteries about this mosaic city that has been a peaceful home to Muslims, Christians, and Jews for centuries. The book was published in German and Turkish.

Arzu Gurz Abay ’94 lives in Germany with her husband and two daughters. This is her second bilingual children’s book (Leyla and Linda Celebrate Ramadan was published in 2011).

What I Love About You, Mom
By Kate Lacy Marshall and David Marshall

This guided journal offers a fresh way for kids, young and old, to say “I love you, Mom.” The interactive keepsake includes writing prompts, checklists, and space for photos and drawings.

Kate Lacy Marshall ’81 coordinates an adult literacy program in the San Francisco Bay Area. She and her husband, David, have authored seven other guided journals.

Lynne C. Levesque helped David Barry, age ninety-four, assemble a book of stories and leadership lessons he considers critical to living a good life. Barry made a living in the small-business world and perhaps the most important lesson he has taken from his experience is “you can’t win if you don’t play.”

Carla Tomaso’s fifth novel spins the strained mother-daughter relationship story with a new, unimaginable twist. Daughter Elizabeth must raise her wretched, cryogenically frozen mother, Helen, as though she were her own. Not much about Helen has changed since death and being frozen, and Elizabeth quickly finds herself trapped in a chilling nightmare. The book is dark, smart, and at times even humorous.

Carla Tomaso ’72 teaches English at the University of Pasadena, her four other novels also center on relationships between women.

Moved by Politics
By Gerhard Loewenberg

Gerhard Loewenberg recounts his journey from being a young immigrant to New York City from war-ravaged Germany, to becoming a professor at Mount Holyoke, to being dean of the University of Iowa’s College of Liberal Arts and cofounder of Legislative Studies Quarterly. The book is an intimate reflection on the academic world and political science in the second half of the twentieth century.

Gerhard Loewenberg is professor emeritus and Foundation Distinguished Professor of Comparative Politics at the University of Iowa. He has written many books on his area of expertise, European legislatures, but this is his first memoir.

Mulligan has written a young-adult novel that focuses on everyday life and all its complexities. Without vampires or magic, the nuanced young character, Lizzie, leads a story that explores the eternally befuddling real world, from friends, parents, and boys to loneliness, lies, and love. The book was a quarterfinalist for the Amazon Breakthrough Novel Awards.