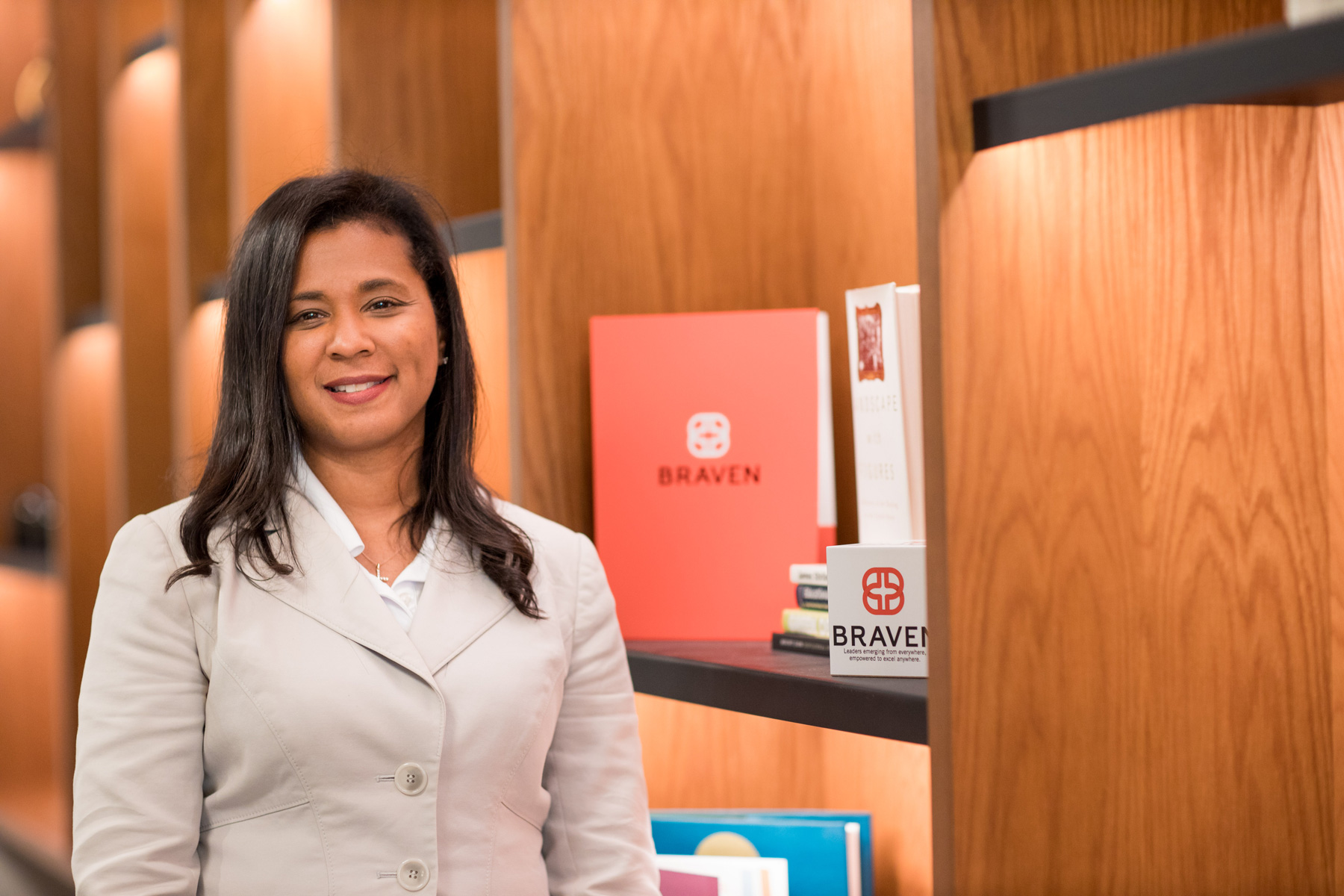 After graduation Aimée Eubanks Davis ’95 worked at Teach For America (TFA) in New Orleans and later directed a nonprofit summer-school program aimed to keep those same students on track between academic years. When she was recruited to join the TFA staff several years later, she hesitated. As one of the few corps members at the time who represented the racial and economic background of the students the program served, she wasn’t convinced TFA was the right place to advance her career. Her honesty about that contributed to TFA offering her a job as the executive vice president of people, community and diversity — one she held for almost a decade. In 2013 she founded Braven, a nonprofit that bridges the college-to-job gap for underrepresented college students by partnering with universities to offer the skills, experience and network to land a strong first job. Last spring, from a pool of more than 5,000 applicants, she became one of 20 Obama Foundation fellows. The program was launched in 2018 to support and grow the next generation of civic leaders.

On the Braven experience:

Braven is a three-year experience that starts with a semester-long, credit-bearing course. We work with students until six months after graduation, helping them get strong first jobs. We currently have partnerships with Rutgers University-Newark, National Louis University in Chicago and San José State University, all of which have high percentages of students on Pell Grants. That means their parents earn $50,000 or less for a family of four. We want to expand so that any student on a Pell Grant can have the opportunity to take the Braven course — our long-term goal is to work with at least 100,000 students a year, creating a systemic solution for large state schools. That’s where the Obama Fellowship comes in, bringing awareness to the issue and a wonderful network. When I started Braven, no one was talking about this. There are so many problems that we can’t solve, but this is a solvable problem. The question is: will we choose to solve it?

For many, the American Dream feels like a false promise, but it’s possible to help young people reach that goal. Aimée Eubanks Davis

On Teach for America:

I was pretty sure I would become a lawyer when I left Mount Holyoke, but first I wanted to do something that would be of service. I walked into the career center, where I got a lot of help, including with my résumé and interviewing skills, which helped me land a spot as a corps member at TFA. When I joined the staff 10 years later, I saw that we were losing talent that we shouldn’t have been losing — people whose lives we’d directly impacted as teachers, who’d been told, ‘Through the doors of college will come a strong first job,’ and it just wasn’t happening. Those students weren’t as prepared for the job search as some of their counterparts, through no fault of their own.

Many students from humble beginnings think that everything will fall into place after college graduation, and that’s just not true. My former students weren’t as equipped for the job application and interview process because no one had taught it to them. It wasn’t about ability; it was about preparation. As I saw these graduates lose out on positions as TFA corps members, I realized that the failure sat within the systems of large universities with constrained resources. Large state schools might have 20,000 students but only 10 staff in career services.

On the American Dream:

I grew up in a lower income neighborhood in Chicago, and my parents believed that Mount Holyoke would make it possible for me to have more options than they had. For many, the American Dream feels like a false promise, but it’s possible to help young people reach that goal. Those that come out of Braven, which they take in their sophomore (or transfer-junior) year, often find that within the first six months out of school, they are out-earning their parents.