The Life and Legacy of Virginia Apgar ’29

Virginia Apgar ’29 was an obstetric anesthesiologist best known for the Apgar score, a clinical system for evaluating the physical condition of newborns at birth. View her acceptance speech after being named Woman of the Year in Science by the by Ladies Home Journal in 1973.

Read more about her achievements in the field of medicine in the Alumnae Quarterly article “Life Blood.”

The youngest of three children, Virginia Apgar was born and raised in Westfield, New Jersey. She loved playing the violin, a hobby she pursued throughout her life. By the time she graduated from high school, Apgar was determined to be a doctor. She may have been inspired by her father’s scientific hobbies or by her eldest brother’s early death from tuberculosis and another brother’s chronic childhood illness. 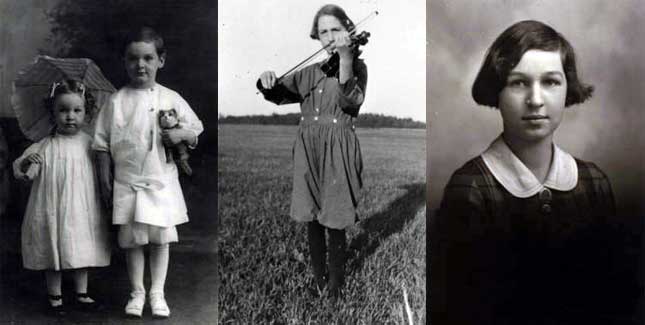 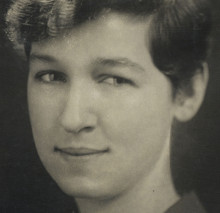 With the help of several scholarships, Apgar attended Mount Holyoke College, performing in the college orchestra as a gifted violinist and cellist. She was affectionately known be her peers as “Jimmy,” the girl who did it all. In a letter home to her parents she wrote, “I’m very well and happy but I haven’t one minute even to breathe.” Apgar graduated with a major in zoology and minors in physiology and chemistry in 1929. When nominating her for a college fellowship, Professor Christianna Smith wrote, “It is seldom that one finds a student so thoroughly immersed in her subject and with such a wide knowledge of it.” 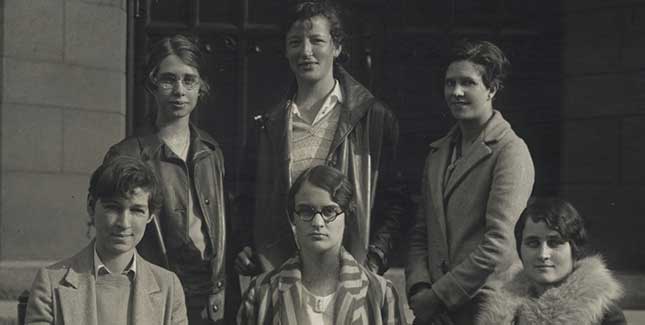 From Surgery to Anesthesiology

Apgar went on to Columbia University’s College of Physicians and Surgeons (CUCPS). In 1933 she graduated fourth in her class of ninety and one of only ten female students. She completed a residency in surgery at CUCPS in 1937, however, she was discouraged from practicing surgery by Allen Whipple, the chairman of surgery at CUCPS. Based partly on his experience with previous female surgical residents, Whipple thought Apgar would have a hard time finding a job as a woman surgeon. He encouraged her to pursue further training in anesthesia, citing that further advancements in surgery would be stalled without more anesthesiology specialists. In 1938, after receiving her certification as an anesthesiologist, Apgar returned to CUCPS as director of the newly formed division of anesthesia. 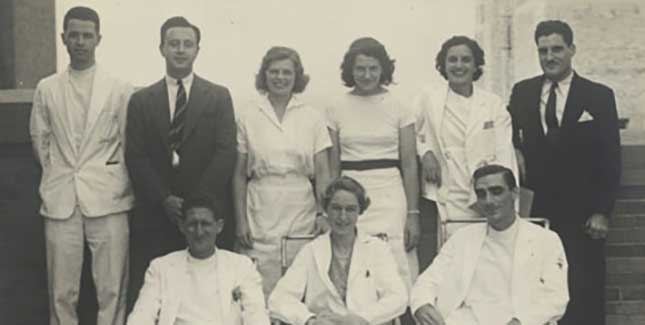 In 1949, Apgar became the first woman to become a full professor at CUCPS, where she remained until 1959. During this time, she also did clinical and research work at the affiliated Sloane Hospital for Women. In 1953, she introduced the first test—later named Apgar score—to assess the well-being of newborn babies. The Apgar score is calculated based on an infant’s condition at one minute and five minutes after birth and is an assessment of appearance, pulse, grimace, activity, and respiration.

In 1959, Apgar left Columbia and earned a master of public health degree from the Johns Hopkins School of Hygiene and Public Health. Also starting in 1959, until her death in 1974, Apgar worked for the March of Dimes Foundation, serving as vice president for medical affairs and directing its research program to prevent and treat birth defects. Because gestational age is directly related to an infant’s Apgar score, Apgar was one of the first at the March of Dimes to bring attention to the problem of premature birth, now one of the March of Dimes top priorities. 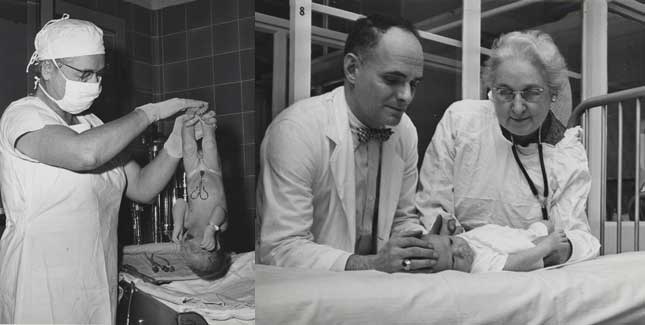 Left to right: Apgar holds a newborn baby upside-down to test its reflexes, as part of an Apgar evaluation, at Columbia-Presbyterian Medical Center; Apgar with Dr. Alfred Bongiovanni examining a newborn.

Despite her busy career, Apgar found time to pursue her many outside interests. She traveled with her violin, often playing in amateur chamber quartets wherever she happened to be. During the 1950s a friend introduced her to instrument making, and together they made two violins, a viola, and a cello. She was an enthusiastic gardener and enjoyed fly-fishing, golfing, and stamp collecting. 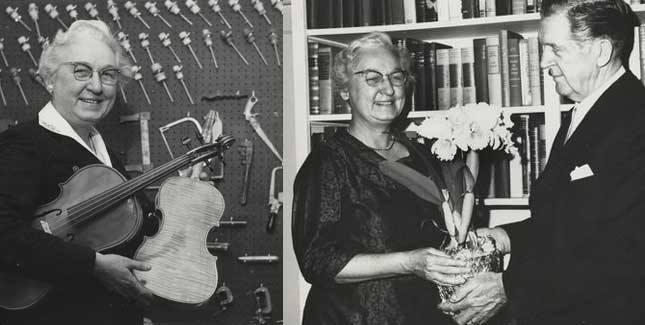 Left to right: Apgar posed with the viola and violin she made, and some of her instrument-making tools; In 1961, Harold Patterson, a New Jersey orchid cultivator, named a new breed of orchid in honor of Virginia Apgar. Apgar, an avid gardener, was delighted.