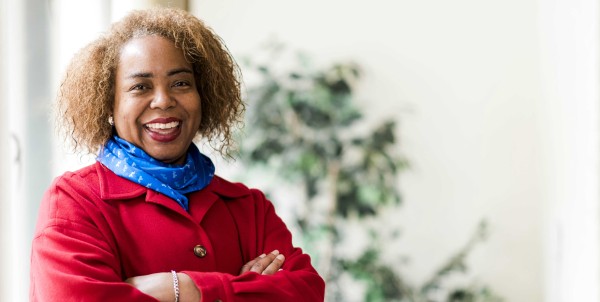 Former Alumnae Association board member Sharyanne McSwain ’84 spent twenty-five years working in financial services. A desire for change coupled with a connection to a Mount Holyoke alumna led her to take her career in a new direction. Since 2008 McSwain has been chief financial and administrative officer at StoryCorps, a national nonprofit whose radio program is heard on National Public Radio. StoryCorps is committed to gathering, recording, and sharing the stories of people from all walks of life in order to build meaningful connections and create a more just and compassionate world.

On how she ended up at StoryCorps:

I was on Wall Street for many, many years, and I was coming toward the end of my time there. I wasn’t interested in the day-to-day work that I was doing. I had mentioned to a few people, including my classmate Kathleen (KC) Maurer ’84, who is chief financial officer at the Andy Warhol Foundation for the Visual Arts, that I was interested in finding a nonprofit where I could really use all of my skills that I learned on Wall Street but feel differently about my work. KC got a call from a headhunter, and in the way that headhunters will say, ‘Well, if you’re not interested, would you give me the name of someone who might be?’ KC gave my name and a great recommendation, and that’s how I got here.

On what she likes best about her work:

I love being around so many brilliant people. There’s also a lot of what I call ‘youthful energy.’ I love our mission. I love that people have ‘driveway moments,’ or they write us letters saying, ‘I had to pull over in my car because I was crying listening to a StoryCorps story.’ I love that we also have this social justice side to us that is equally as important.

Even if it’s only for a couple of minutes, getting in the shoes of somebody who isn’t you is an interesting place to be.
Sharyanne McSwain ’84

On what StoryCorps offers:

We try to get people focused on the lives of folks that are very different from [their own]. Yet at the same time, we’re able to pull out the very common threads of humanity, and the idea that [a listener might think], ‘This person’s socioeconomic, ethnic background is very different than mine and yet, wow, I’ve felt that way before because of x, y, and z.’ We’ve been able to connect folks on a different level, and to connect them as human beings. There are stories that need to be shared—positive, negative, intricate things, simple things—and when we share them, I think it brings us closer as human beings.

On why stories matter:

A street-sweeper in Paris or in Singapore or in New York City has the same view of the world. If each knew what was in the mind of the other, there would be a tightening of the world. In sharing stories, you get that feeling, ‘Oh, she thinks exactly the same way I do.’ It’s an opportunity to break down some of the barriers, some of the stereotypes, some of the misconceptions that are built up. 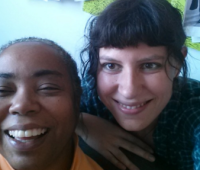 Listen to a conversation with Sharyanne McSwain

Hear her on StoryCorps.
Web exclusive

One response to “10 Minutes With: Sharyanne McSwain ’84”