Alums Cross One of the Last Big Gender Gaps 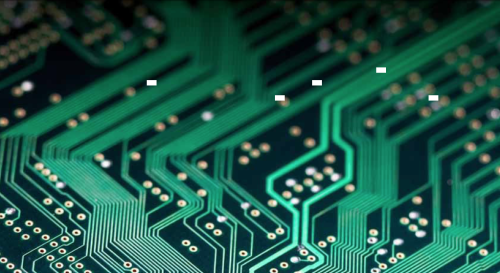 One manages a group of engineers who make terminals that scan bar codes. Another pulls together news of arts festivals from all over the world. A third can turn paper maps into digital ones. A fourth tests Xbox games before they go to market. They are all women in high tech—and their stories tell us as much about the evolution of our culture as they do about an industry that has changed the way we live. With the tap of a finger, we can now shop and com- pare prices, track our friends and play games with one another, do our banking, and read the news—anywhere, anytime. Some alums saw these changes coming and, early on, became part of the nascent industry that would create products and services the rest of us didn’t yet realize we wanted. Others joined later, bringing knowledge and skills from other fields. Here’s what we learned from talking to them.

A Foot in the Door

Some MHC alumnae are “technical women” who understand what’s under the hood. They are (or work with) engineers who write the code that makes digital products run. How a woman acquired IT skills depends, in part, on when she graduated. “There was no computer science major when I was at Mount Holyoke,” says seventy-year- old Carol Ochs Sigda ’63, software configuration manager in the enterprise mobile computing division of Motorola Solutions. “I was a math major. Computer programming was a new field when I graduated, and seemed like a challenging option.” Her first employer, Shell Oil, sent her to IBM school in 1963. “When I started my job at Motorola in 1997, I was still the only woman working with sixty-five male software engineers,” she says. 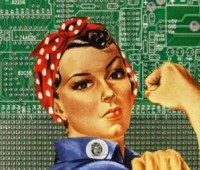 Don’t be afraid to speak up—about anything. Ask for what you want—a raise, a new position, help.
Web exclusive

Jerri Barrett ’83, a biology major, taught herself programming when she worked at Rochester Telephone. “In the late eighties, telephone companies were instrumental in a lot of things that made high tech possible.” Assigned to make sense of a new voicemail system, she recalls, “I sat down with three enormous technical binders and figured out how to set it up.” In contrast, when Ying Wang ’96 was at MHC, there was a computer center on campus. Not only was it possible to major in computer science, but companies were actively recruiting interns from MHC. “Microsoft, a rising star twenty years ago, had special women’s scholarships,” explains Wang, who has worked her way up to a senior position at the company, where she currently “makes all the product decisions for [search engine] Bing in China.”

“I took several programming classes in high school,” says Alyssa Bennett ’07, “and there were plenty of girls in math and science but not in computer science.”

For all the progress technical women have made, however, it’s still not a level playing field. 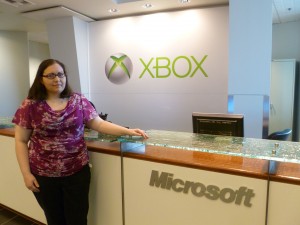 Of students who took the advanced placement computer science test in 2011, 80 percent were boys. And while women account for 56 percent of all professional workers in the United States, they hold only a quarter of the IT jobs and 17 percent of technical jobs at start-ups. Only 7 percent are engineers. (By comparison, a mere 7 percent of lawyers were women in 1972, when Title IX was passed. Today, 47 percent are.)

One doesn’t have to be a “technical woman” to be a woman in tech. Putting out an online product or service, explains Beth Mulligan Dunn ’93, also requires writers, graphic designers, sales people, and marketing mavens who have the insight to understand end-users’ needs and the ability to make the technology accessible. “I’m in charge of making sure that every word you see on the computer screen when you use our software is clear, helpful, and to the point, as well as grammatically correct,” says Dunn, a UX (user experience) writer at HubSpot, which sells online marketing tools to businesses. She initially worked in the nonprofit sector, doing PR for a regional theatre. She experimented with social media tools such as Facebook and Twitter to develop relationships with theatre patrons, and, through her blog—bethdunn.com—began to connect with others who understood the online marketplace. Granted, Dunn was an early adopter. However, she and several other alums stress that the confidence, assertiveness, flexibility, and “fearlessness about any realm of inquiry” that come from having a liberal-arts education are invaluable in the tech field. “You can teach people how to code, [but that] becomes obsolete. If you teach someone to learn, they then are able to adapt to the fast world of the internet society.” 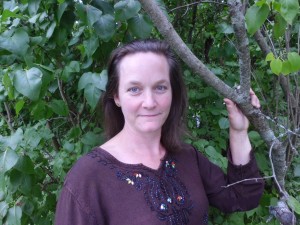 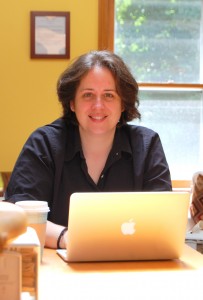 The word “serendipity” crops up often in conversation about switching to tech careers. Ana Maria Harkins ’90 spent five years at the internet start-up Geekcorps, which matched volunteers with companies that wanted to develop websites or specific kinds of software. “One day, I was providing a reference for someone, and the voice on the other end asked, ‘Are you looking for a job?’ He wanted a good manager who had been involved in a start-up and had lived and traveled in other countries.” Harkins, currently chief operating officer of KadmusArts, which tracks and aggregates news of performing arts festivals all over the world, was a perfect fit. Harkins explains that, although she’s in management, at small start-ups “everyone contributes to the website. I create and produce podcasts and manage our social networking presence.”

One doesn’t have to be a “technical woman” to be a woman in tech.

Heather Harde ’91, whom Fast Company in 2011 named one of “the most influential women in tech,” describes herself “as a generalist and strategist” who “grew into tech.” After Harvard Business School, she joined News Corp. “At the time, new tech was disrupting the old media. They’d pull me in to figure out new business strategies—should we be partnering? launching a new product line?” To keep informed, she began to read TechCrunch,the go-to blog for information about the industry. She eventually crossed paths with its founder Michael Arrington, who hired her to turn “the brand” into a profitable enterprise. “We worked out of his home with a few freelancers at first,” she recalls. Five years and fifty employees later, AOL purchased TechCrunch for a reported $40-50 million. Harde, forty-two, is now on a well-deserved “work sabbatical.”

Taking a break from work can be challenging in the fast-moving tech world. Alyssa Bennett, who set her sights on tech in high school, delayed her entry into the field to take a “gap year” and then help her family, taking office temp jobs in the interim. Three years later, it was difficult to find work. “Many IT jobs required years of programming, and my skills were out of date at that point,” she says. She found online want ads for entry-level testers who make sure that pro- grams function properly. “I thought, I could do that. However, all the staffing agencies pretty much said, ‘Your bachelor’s degree in computer science doesn’t mean anything. A person who took one software testing class at community college is better qualified.’” She was eventually offered a test associate contract. She says, “It paid very little, but I hoped it would help launch my career, and it did.” 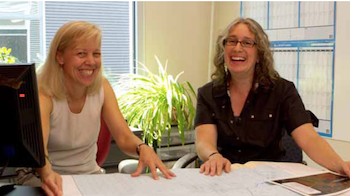 Cecily Herzig ’96, a geographic information systems (GIS) programmer, has worked in the tech industry since graduation. She’s successful in her current role as manager of data and resources at Maponics, a company that sells geographic data, and feels lucky to have been able to take seven years off after the birth of her son before reentering her chosen field. During the interim, she kept “a finger on the pulse” by learning software and designing websites, which made her reentry relatively smooth, as did her academic training. “Mount Holyoke taught me that I could figure out anything I needed to know,” she says. “My ability to learn and grow never went away. I also live in an area [Vermont] that’s GIS-heavy. Although the programs had changed, I had had a little experience with a lot of different technologies. My advice is to learn as much as you can about all kinds of software, so that you can move between various computer operating systems and various data environments.”

A technical woman in Silicon Valley can make close to $80,000 to start, and some with advanced degrees make six figures, according to Jerri Barrett ’83, vice president of marketing for the Anita Borg Institute for Women and Technology, a nonprofit that focuses on the recruitment, retention, and advancement of technical women. Granted, the field is “ridiculously male-dominated,” as Beth Dunn puts it. Also, the “hero culture” in which employees are expected to work nights and weekends—around the clock, if necessary—causes some women to “defect” in their childbearing years, observes Barrett. Women also don’t advance as quickly as men. They account for only 18 percent of mid-level jobs and 3 percent of senior positions. That said, big companies and start-ups are trying to make the workplace more hospitable and to promote women to higher ranks. Moreover, how sexism plays into a given woman’s story may also depend on her age—younger women are less apt to feel they are treated differently or unfairly—and, even more so, on her confidence level, flexibility, and willingness to speak out. “I was often the only woman in the room,” says Heather Harde, “but it’s not something I focused on because I didn’t think it was all that productive.” Looking back at her twenty-six years in the industry, Leslie Barbour ’86, currently director of production operations at Maponics, admits that “the only real difficulty has been in my head.” To stave off feelings of intimidation, she had to “remind myself that I was well-prepared, knew my stuff, and at times—for instance, at a training session—already knew more than the men in the room.” Taking initiative also helps a woman get noticed. “Volunteer for everything,” says Alyssa Bennett. “In one year, I went from recruiters telling me I wasn’t eligible for a $10-an-hour testing job to being considered one of the best testers here.” To better organize her work flow, she wrote up detailed instructions and shared them with her coworkers. “My manager read the document and said, ‘This thing is amazing! Can you write more?’” Bennett also offered to help another team because it was “higher-level work than I was doing.” After the mandatory 100-day break—a Microsoft policy for all “contractors”— she was one of only two invited to rejoin the department. “Many of the companies are run as meritocracies—it’s all about results,” maintains Harde. “Your career can flow very quickly.” The field itself is also wide open for would-be entrepreneurs. At this point in its evolution, she points out, “the barriers to participation keep dropping.” A range of do-it-yourself applications and services enables low-tech consumers to build their own high-tech products. “You can create an app in an afternoon.”

One response to “Women in High Tech”