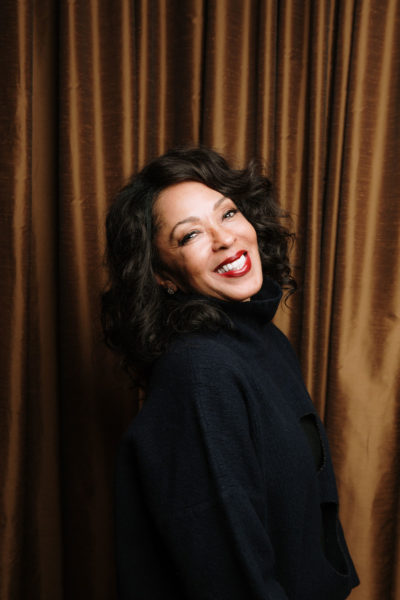 Debra Martin Chase ’77, producer and CEO of Martin Chase Productions, is the first Black woman to have a deal at a major Hollywood studio. After beginning her career in law, Chase entered the entertainment industry in the 1990s. In addition to her television credits, she is known for the film franchises “The Princess Diaries” and “The Sisterhood of the Traveling Pants.” In November, Chase brought a screening and discussion of her latest film, “Harriet,” a biopic of slave-turned-abolitionist Harriet Tubman, to Mount Holyoke.

On making a career reset:

Mount Holyoke women: we’re smart, we have opportunities, we have options. That process of figuring out what you really want to do is sometimes the toughest part, or certainly one of the toughest parts of making the transition. You have to take the time to figure out what it is that you really want to do. Because I think if you love what you do, you can pursue it wholeheartedly. And if you love it, you’ll be good at it.

I was a very good lawyer; it just wasn’t me. But I always loved film and television. I said, “Let me try. If I don’t try, it’s not going to happen.” I didn’t know anybody in the movie business, I didn’t know how it worked, so I spent a year doing research. I talked to anybody who would talk to me. I read books, I went to seminars. I read Variety every day to really get a feel for the business. So at the end of that year, I knew what I wanted.

“Intellectual curiosity is a huge asset, not just in filmmaking but in life. It keeps you interesting, it keeps you vibrant, it keeps you dynamic.”Debra Martin Chase ’77

On the power of mentorship:

When I got to Hollywood, there was nobody who looked like me who was doing what I set out to do. My two greatest mentors were a man named Frank Price, who in retrospect was one of the last of the old fashioned, great studio bosses, [and] a woman named Nina Jacobson, who at the time ran Disney and was the first openly gay woman to run a major movie studio. People helped me, and so I’ve just always known that it was my responsibility to pay it forward. I think particularly for women and for people of color, you’re going to have to work extra hard, you’re going to have to be better than average. But you need a hand up.

On the lessons of “Harriet”:

You can’t control where you’re born or your circumstances, but you can control who you become and what you do with your life. Harriet Tubman was a woman who could not read, who could not write, who was born destined to be a slave, but who decided, no, that’s not going to be my path, and she changed it. In these times that are so divisive and ugly, I think a lot of us are feeling hopeless and helpless. Hopefully Harriet’s story will remind all of us that one person can make a big difference, that we each have a voice, that we each should use it and we should stand up for what we believe in.

This article appeared as “Trailblazer and Storyteller” in the winter 2020 issue of the Alumnae Quarterly.

One response to “Ten minutes with producer Debra Martin Chase ’77”