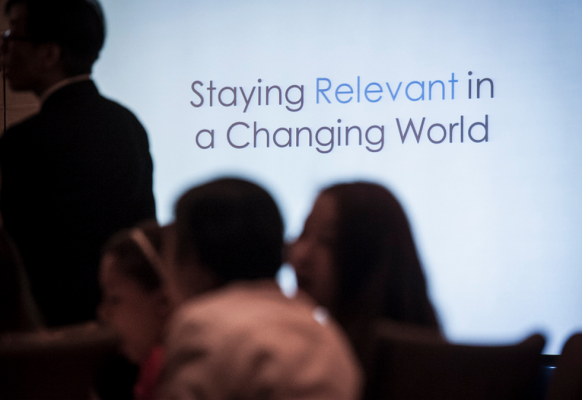 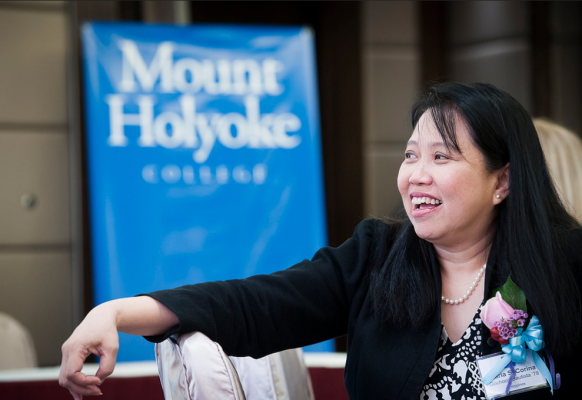 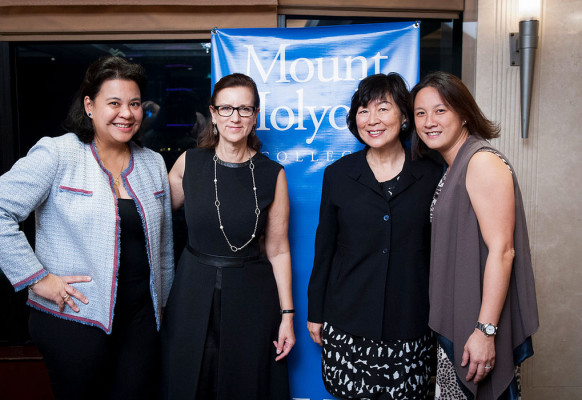 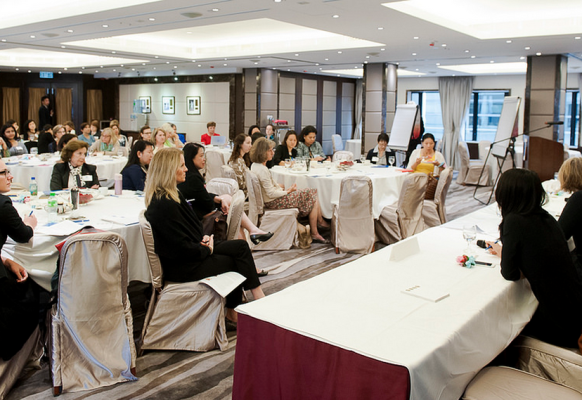 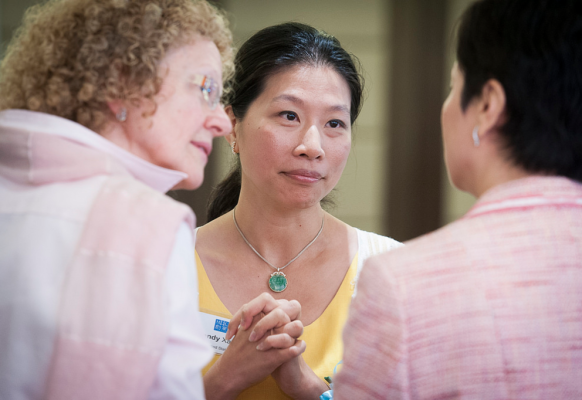 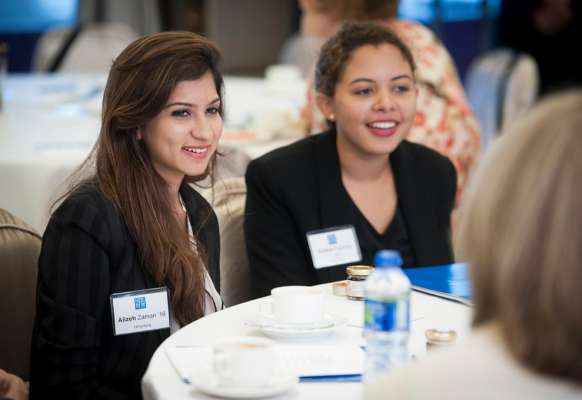 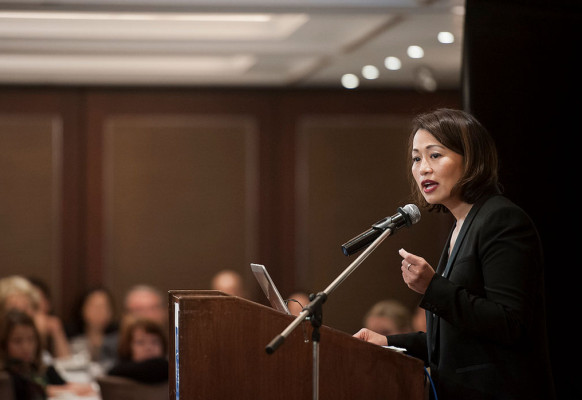 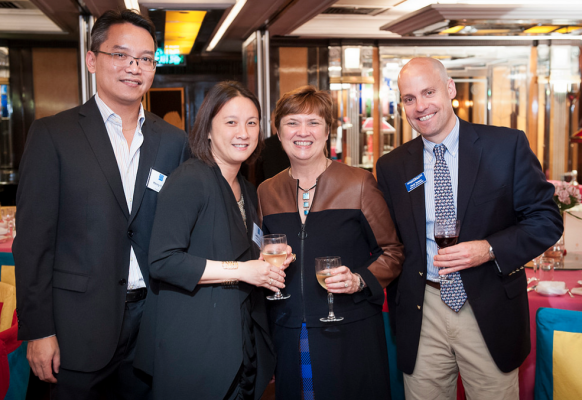 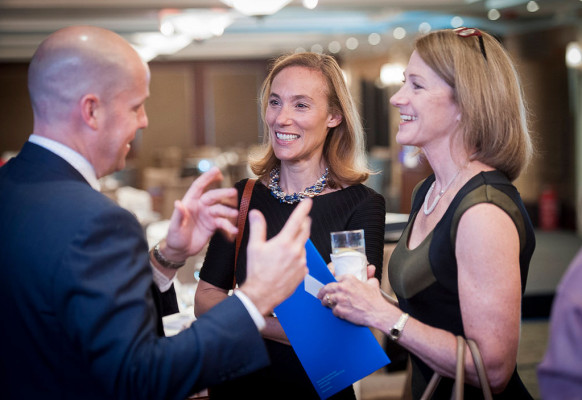 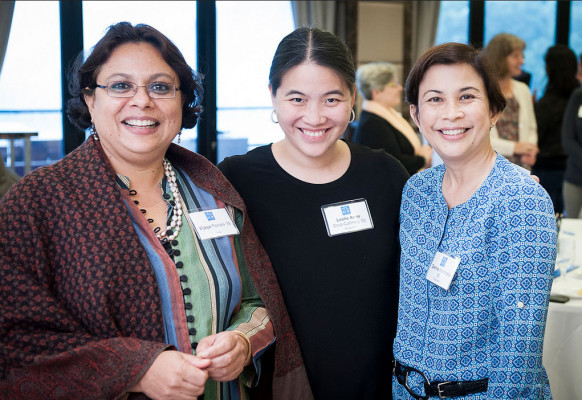 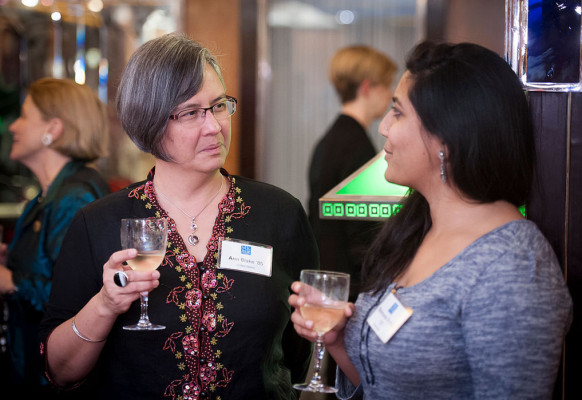 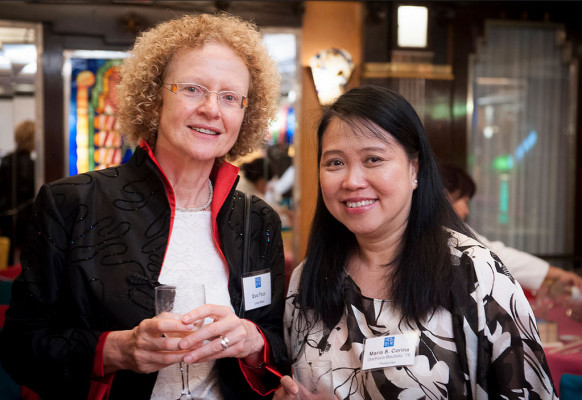 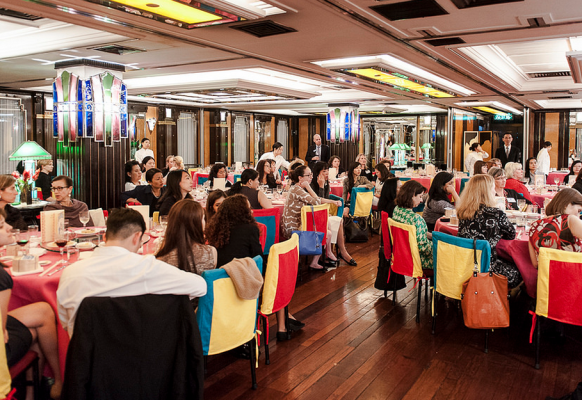 A weekend of panel discussions, networking, and alumnae awards

Mount Holyoke College’s Asian Alumnae Symposium drew more than 90 guests, including alumnae from all over the world, to Hong Kong November 7–9, to explore the topic Women and Entrepreneurship: Staying Relevant in a Changing World.

The event, organized collaboratively by the College, the Alumnae Association, and a committee that includes Eleanor Chang ’78, Barbee Chuidian ’90, Leslie Fu Pang ’97, and Nancy Sun ’80, included panel discussions, networking, and alumnae-led tours of the city as well as an awards presentation to two accomplished alumnae.

Among the accomplished speakers were Mount Holyoke alumnae who have founded their own companies as well as CEOs, professors and academic administrators, and community activists. Several talked about how Mount Holyoke shaped their lives and careers.Hong Kong was a fitting location for the weekend’s theme, which aimed to “explore how women, education, social consciousness, and the entrepreneurial spirit are reshaping Asia and empowering women to become successful entrepreneurs in a fast-changing world and an increasingly global economy,” noted Chang.

Hong Kong was a fitting location for the weekend’s theme, which aimed to ‘explore how women, education, social consciousness, and the entrepreneurial spirit are reshaping Asia… —Eleanor Chang ’78

In addition, the Alumnae Association presented the Mary Lyon Award to Maimuna Ahmad ’09, founder and CEO of Teach for Bangladesh (TFB), a startup nonprofit organization working to eliminate educational disparity in Bangladesh by enlisting diverse leaders to spend two years as full-time teachers in low-income schools before going on to shape systemic change. A former Teach For America Corps member, Maimuna was inspired to start TFB by her experience teaching secondary school math at a public charter school in southeast Washington, DC.

The Achievement Award was presented to Maria S. (Corina) Gochoco-Bautista ’78, who is currently senior economic advisor in the Economics and Research Department of the Asian Development Bank, on leave as professor of economics at the University of the Philippines School of Economics. She has published widely in the areas of open economy macroeconomics and monetary policy.

“The organizing committee members are extremely happy with the outcome of the symposium and hope that this will become an MHC tradition,” said Eleanor Chang.